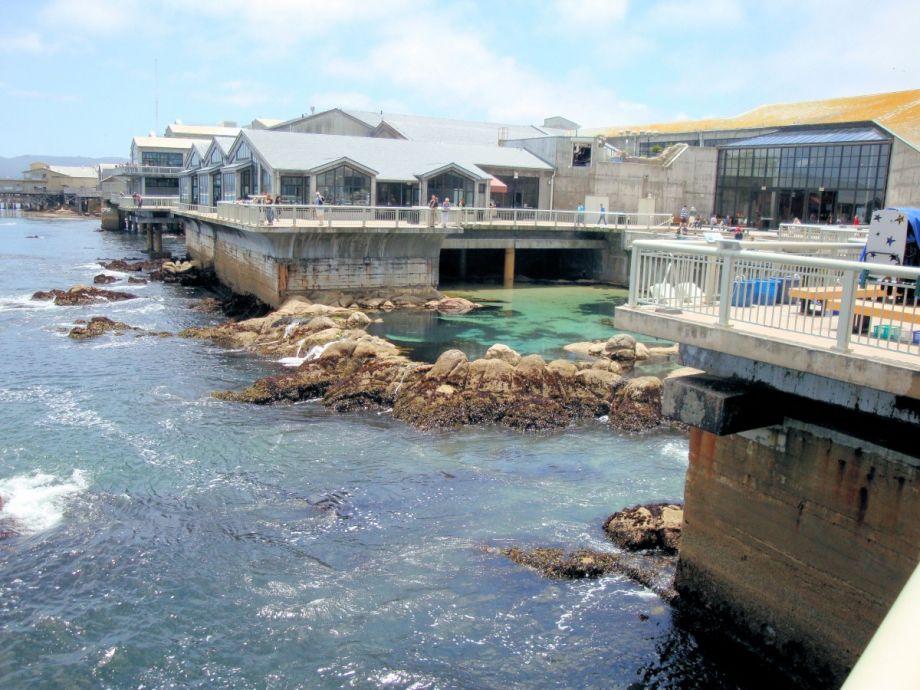 When I was growing up in the Monterey, California, area in the 1980s, the Monterey Bay Aquarium was the place to visit. I know it especially well because my father has been working there for over 30 years and before him, my grandmother worked in the same building — then the Hovden Cannery, where she packed sardines on an assembly line. It was only later that I began to understand the Aquarium’s central role in Monterey’s growing, environmentally aware economy.

In May, the American Institute of Architects at its national conference will honor the Monterey Bay Aquarium with the 2016 Twenty-Five Year Award. The prestigious honor recognizes buildings of architectural excellence that stand the test of time. For me, the award is personal beyond my family connection. As an architectural designer, preservationist and urban revitalization advocate, no other building has influenced me more.

Much ink has been spilled discussing the building’s architecture (designed by EHDD) and its relationship with the ocean, but its central role in the city and region’s economic revitalization cannot be understated. Sure, Monterey is a tourist mecca now, but before the Aquarium it was John Steinbeck’s Cannery Row: mostly vacant industrial buildings, bars and a few brothels. While fishing and tourism have long been linked, today, the Aquarium’s 2 million annual visitors add over $250 million to the local economy.

The Monterey Bay Aquarium has always been about reinvention. It was the first major aquarium to showcase ecosystems rather than iconic species. The building also marked the end of urban renewal-era megaproject aquariums and the beginning of more contextually conscious interventions. In my present urban policy work of advising leaders of older industrial cities, I often find myself cautioning cities away from silver-bullet projects like major league sports stadiums, given their questionable economic impact. America’s accredited zoos and aquariums, on the other hand, add Impacts 2011.pdf over $16 billion to the nation’s economy and attract 179 million visitors a year. This is more people annually than attend the NFL, NBA, NHL and MLB combined. They do so most effectively in places like Chattanooga and Monterey, which have consciously utilized their unique urban assets to successfully lure visitors from around the nation and globe. The Monterey Bay Aquarium serves as the template for many of America’s aquariums working to benefit both the environment and local economies.

The adaptive reuse of the former Hovden Cannery shares many important stories about Monterey’s history. My grandmother loved to tell us about the unusual marine life she would see when she worked there and how she, and the other women packing sardines on the assembly line, imagined a time when such wonders could be shown to the public. They were before their time, but they weren’t alone. Down the block was the Pacific Biological Laboratory — better known as Steinbeck’s fictionalized “Doc Rickett’s Lab.” The real life Ed Ricketts, an early ecologist, accurately predicted the collapse of the sardine industry that had once anchored the city’s economy.

The Aquarium helped Monterey find its role in the new economy. With raw seawater pumped into its tanks and local heritage infused in programming, the venue offers an experience that inspires conservation of the oceans. It has discovered its role as an anchor institution that actively engages and strengthens the local economy. It was an active partner in establishing the Monterey Bay National Marine Sanctuary and invests in marketing and other projects, such as Big Blue Live, that encourage people to engage with the Monterey Bay’s environmental experience. By embracing what is special about Monterey’s history, environment and residents, the Aquarium has helped build a globally recognizable brand for the Monterey Bay and its economy.

Nicholas Hamilton is the director of urban policy at Columbia University’s bipartisan think tank, The American Assembly, where he directs the Legacy Cities Partnership, a national coalition working to revitalize America’s older industrial cities. He was also a 2013 Next City Vanguard.