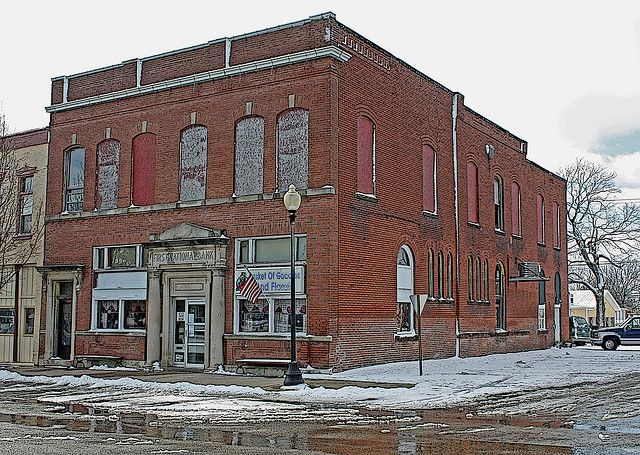 Of all the design disciplines, historic preservation is perhaps the most misunderstood. While it’s widely accepted that architects design our buildings, and planners organize our cities, the role of preservationists merits less appreciation. Popular culture abounds with clichés of the preservation zealot – there’s the gray-haired old lady laying herself down in front of an oncoming bulldozer, the guy dedicated to rescuing decrepit buildings and saving historical artifacts, and the Not-In-My-Back-Yard types preventing economic development at every turn.

But perhaps we’ve been too hard on historic preservation. While those stereotypes do exist, many working in the profession today imbue the preservation process with flexibility and economic vitality. “I hate that ‘preservationist’ label,” says Randall Mason, Chair of PennDesign’s Historic Preservation program, “because it suggests that you’re an ideologue, that a preservationist is always going to say ‘don’t tear it down.’” The real issue preservation professionals deal with, he explains, is the difficulty of how to manage change.

As we move farther into the 21st century, that issue is only growing more important. Rising human populations, diminishing natural resources, and an uncertain energy future call for new development strategies, widely referred to today as ‘smart growth.’ According to a recent piece by Donovan Rykema, a nationally known consultant on historic preservation economics, it turns out that smart growth’s biggest ally is – you guessed it – historic preservation.

Rykema’s reasons are many. Most importantly, he emphasizes, is the fact that historic preservation is an avenue for examining and valuing our existing assets. Why invest money to tear down and reconstruct what’s already there? Historic buildings by and large have water lines, gutters, and streets already in place. Older ones, designed before cars were the dominant mode of transportation, instill surroundings with strong pedestrian orientations. If our future is aimed at reducing our reliance on automobiles, using buildings planned for human access is the smart place to start.

No less important is the fact that people generally prefer historic areas. Wouldn’t you rather visit Venice than Phoenix? And as people are moving back to cities in increasing numbers, the demand for historic neighborhoods has only risen. To preservation professionals, the trend is no surprise. “Architecture is a cultural expression,” says Helaine Kaplan Prentice, author and former preservation planner for the City of Oakland. “But more than that, because architecture is designed for use it’s responsible for shaping experience within a culture. Preserving buildings is not simply about the appearance of a city. It’s about protecting the places that give daily life more meaning.” Which makes humans uses of buildings direct connections from the past to the future.

They’re connections that people across the board want. When Mason talks about preservation to non-professionals, he likes to convey his message by personalizing the issue. “I ask whether you yourself have something you value because someone in your family, an ancestor or close relative, gave it to you. And pretty much everyone does.” In that sense, Mason says, society is no different. Just like a piece of furniture or a ring that is saved by one generation for the next, so too are some buildings, artifacts, and customs selected to maintain our collective ties to our cultural past.

All of which makes preservation a type of social function. “In the modern period,” Mason says, “it’s essential.” He references the destruction of hundreds of Philadelphia’s historic buildings during the 1960s construction of the I-95 highway, and the area’s ensuing economic slump. “You can see the implications of ignoring these issues.”

The difficulty arises in deciding which things to maintain. As projects like the High Line prove, all old structures, given the right amount of effort, funding and thought, have inherent potential for greater symbolic meaning and economic value. Due to resource scarcity, however, everything can’t be saved. “It’s in those policy decisions about preservation,” Mason laments, “that this image of the ‘strong hand’ gets created, that perpetuates the question of ‘who are we to say which history is more important than another? But because these structures have public value, the decisions have to be made.”

It’s a tough job, but someone’s got to do it. Preservationists, we thank you.