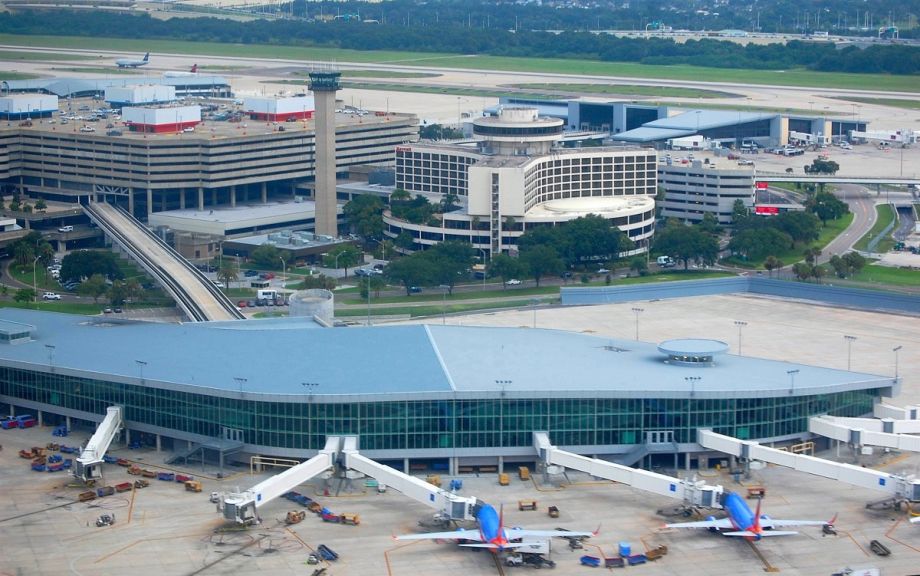 During an upgrade of Tampa International Airport, half of the work is going to minority- or women-owned businesses in the area. (Photo by LoneStarMike)

One more month of delayed payments and Martha Wagenbrenner’s business would have been done for.

A big Tampa, Florida, contractor hired her company, Aqua Pro Irrigation and Outdoor Services, for a six-month job installing irrigation along parts of the city’s sidewalks. It seemed like every time she laid pipes in the ground, one of the contractor’s diggers would break soil nearby and shatter all the work she’d just completed.

“They kept threatening me, saying, ‘We’re not paying you unless you finish this job,’” she remembers. “Well I couldn’t finish the job because they kept damaging the system and changing the blueprints.” What should have been a half-year project grinded on for nearly a year and a half — a sinkhole she says she threw $100,000 worth of her time, workforce and material into.

Her fate took a 180 after she made a phone call to Tampa’s Minority and Small Business Development (MSBD) office. A public mitigator was assigned to her case and aggressively followed up with the contractor. Two meetings later, Wagenbrenner walked out of negotiations with a newly minted contractor agreement and the paycheck she was promised en route to her company account.

“I was so impressed by the way they stood up and said ‘It’s not going to work that way, this is how we’re going to do things,’” she says. “I really felt like they had my back.”

Tampa’s MSBD office has been offering mitigation and sheltered market contracts to companies like Wagenbrenner’s since 1991, but in 2012, Mayor Bob Buckhorn enacted a few structural changes to help raise the bar. He targeted $1.2 million more worth of city contracts at small and minority-owned businesses, added more checks and balances to make sure underutilized companies with non-white or women owners were getting access to more bids, and put in a new grading value system that automatically gives these companies a leg up when it comes to requests for project proposals.

In other words, he made it much easier for a Latina woman like Wagenbrenner to cultivate her business in what she says is a traditionally “male-oriented industry.” Around 940 small and minority- or women-owned businesses in Tampa are registered with the office and qualify for their support. (Wagenbrenner co-owns her business with her husband, but she owns the majority share.)

Minority- and women-owned businesses took in a greater dollar amount of city-involved contracts last year than race-neutral small businesses — the other cohort serviced by the office — at $16.6 million compared to $13.3 million.

Getting minority- and women-owned businesses access to lucrative city contracts depends largely on the type of project, and whether or not the local contractor population offers a valid labor pool for those jobs. For example, the city of Tampa doesn’t pursue as many vertical construction projects as its county government, Hillsborough, he says. That means the percentage of these businesses getting contracts in that sector might seem low even though there’s a significant amount of black-owned or Hispanic-owned companies offering services like drywall and heating, ventilation and air conditioning in Tampa.

“It all depends on what you procure and what your certified minority businesses are,” he says. In 2015, construction accounted for the smallest portion of overall MSBD-backed contracts at 5 percent, according to city data.

It also depends on whether or not these contractors decide to pounce on bids when they’re offered. Just a few weeks ago, a long-time black-owned business that the city had repeatedly gone to for field maintenance work decided not to renew $1 million worth of contracts because the owner is ready to retire.

“So there’s a million dollars in black-owned business participation we had, but then [at the end of the year] someone’s going to say ‘Hey, your numbers are going down,’ and we’ll say ‘Well, yeah,’” says Hart. “It’s not necessarily a problem per se. That’s just normal business happenings.”

The vast majority of contracts his department oversees go out to suppliers who can provide goods like water pipes and machinery. Second place goes to non-professional blue-collar jobs like painting, lawn mowing and janitorial work. But for other industries like engineering and architecture, the opportunities can be packed with profit.

The Tampa International Airport jump-started a $943 million renovation project in 2014, and half of that is expected to go to minority- or women-owned subcontractors. One black-owned engineering firm, VoltAir, was awarded a $4.6 million contract to expand the airport’s main terminal and build out a rental car facility. With that project, the company, owned by Julius Davis, hired eight new employees and grew its office space by 1,200 square feet.

VoltAir, which has since opened a headquarters in Houston, Texas, is one of the office’s shining examples of how women- and minority-owned enterprise programs can help even out racial disparities at the commerce level. With more of these businesses put in a position to grow, it “will bring in more taxpayers, increase the tax base and [help] to improve the economy,” says Hart. “That may sound like something patent off the shelf, but that’s kind of the crux of our success.”

The MSBD office was trying to get Wagenbrenner’s company on board with that airport terminal overhaul, but she couldn’t afford to invest in the necessary machinery because she’s still trying to recover the money she lost to that contractor.

“It put me back so far that I’m almost starting over,” she says. As long as the city keeps looking out for her, she’s confident that her business will thrive and prosper in no time.

“I’m building back up, and if I continue to get these jobs that they’re giving me, I know we can expand and be great, and get more jobs, and more people, and more personnel,” she says. “I know we will.”