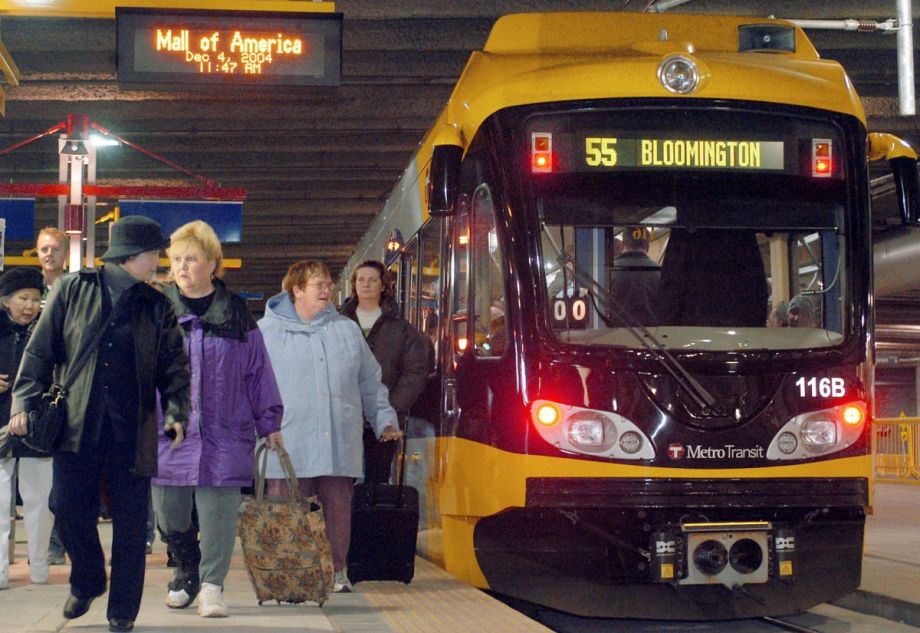 A Minneapolis light-rail train pulls into the Mall of America. (AP Photo/Janet Hostetter)

Minnesota’s Southwest Corridor light-rail extension project that was expected to cost $1.66 billion now appears to have a price tag of $2 billion, the Metropolitan Council has announced, due to conditions of the soil on the route.

The increase is bad news for fans of the already contested project, which if built, would be the most expensive transportation project in the state’s history. Back in January, Minnesota Republicans and Democrats agreed that they weren’t interested in paying more for the project.

Gov. Mark Dayton told MinnPost that he was “shocked and appalled” at the amount, adding that “the continuing escalation of the costs to design and build this line raise serious questions about its viability and affordability.”

The 16-mile rail that would connect downtown Minneapolis with the suburban communities of St. Louis Park, Hopkins, Minnetonka and Eden Prairie, also has had critics reeling over the potential environmental impact. In January, Next City columnist Rachel Dovey wrote about the controversy surrounding a proposed tunnel along the route that would run through — depending on your view — either swampland or a natural area that should be preserved.

A statement released Monday said that additional wetlands would be impacted due to the more detailed engineering necessary for the project.

“The additional costs for the Southwest LRT Project pose significant challenges for our funding partners and taxpayers. I will be talking with our funding partners, local communities, and legislative leaders to determine the future of this project — all options are on the table,” Metropolitan Council Chair Adam Duininck said in a statement. “As we weigh our options, I have directed our engineers and contractors to pursue every possible efficiency to achieve cost savings.”