Minneapolis Planners Are Weighing BRT vs. Streetcar – Next City 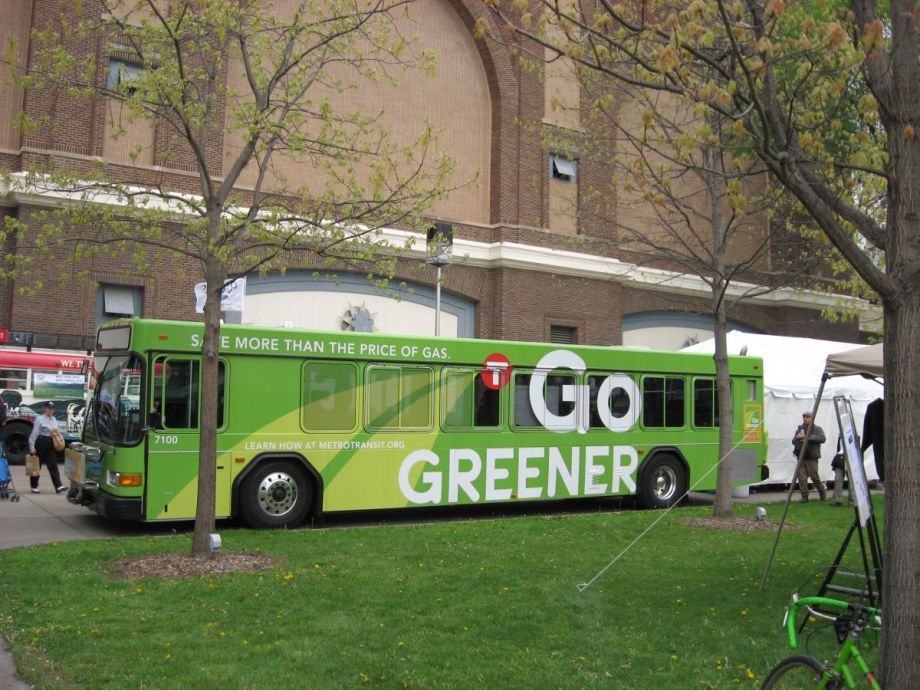 In Minneapolis, the Metro Transit is considering streetcar and BRT options with property value increases, new development and jobs in mind. (Photo by Randy Stern)

If you believe the wisdom popularized during 2014’s streetcar backlash, BRT is a more-bang-for-less-buck equivalent to the cute but costly trolley. Its oft-cited drawback is that buses in right-of-ways lack the redevelopment potential of anything with tracks.

But several case studies suggest that BRT can spur investment, and in Minneapolis, researchers are currently assessing the mode alongside a streetcar line for that purpose: to see which will more effectively encourage transit-oriented development on underutilized land, improve access to jobs and sync up the citywide system.

The area being studied is a stretch of West Broadway — a corridor that has long served as Main Street to the city’s northernmost districts. Since the ’50s, however, dwindling public transportation and the rise of the suburbs helped to isolate the street and neighborhoods around it from downtown. Now incomes and property values in the zip codes surrounding West Broadway are some of the city’s lowest.

“Historically there’s been a lack of wealth invested in this predominantly African American area,” says Shaina Brassard with the West Broadway Business and Area Coalition.

But though local press reports tend to paint West Broadway as a rundown throughway full of fast-food joints and car dealerships (an area “still waiting for a revival to take hold”), Brassard sees the community empowering and rebuilding itself.

“A lot of the redevelopment has been on a smaller scale; it’s been more grassroots and community owned,” she says, pointing to new housing, school buildings and several thriving businesses. “It’s not the case that nothing is happening. We’ve been here working hard.”

Still, while the area may not be waiting for some outside force to spur “revival,” Brassard sees public transportation investment as an important next step for West Broadway. The economic portion of the study, prepared for Metro Transit by SRF Consulting, has yet to be finalized and presented; when it is (a deadline is slated for fall of this year), it will compare the two modes for three outcomes: property value increases, new development and jobs supported. But based on community feedback, Brassard voices most support for the last.

“The overall consensus is that people just want transit improvement,” she says. “They don’t care what form it takes; they just want an efficient, safe, affordable system to get to job centers. This is an area of the city that has a much higher rate of households without access to a vehicle.”

As is, she says, bus frequency is low and none of the stops is heated.

Rob Hanson, the West Broadway coalition’s programs and outreach corridor, sits on the West Broadway Transit Study’s policy advisory committee. When asked how improvements will spur investment, he too, points back to the community.

Both modes would work with West Broadway’s layout and structure, according to Charles Carlson with Metro Transit. Because the agency wants to stay within financial reach of Small Starts funding, train-like buses were floated alongside streetcars.

“We’ve been looking at some case studies,” he says, citing Cleveland’s much-touted HealthLine.

But though that project supposedly generated $5.8 billion in new development, Carlson questions whether a building boom was already underway. As the authors of this 2013 study on BRT note, untangling the development effects of new infrastructure from pre-existing factors (public subsidies, basic geography) can be tricky. Because economic development is another priority for West Broadway, planners want to see a detailed, site-specific analysis of each alternative — with a clear baseline — before going forward.

For now, several alternatives for each mode have been identified, and planners are working (and soliciting feedback) to winnow them down. According to Carlson, two or three will reach “full concept development phase” later in the year, with cost projections and ridership info.

Of course, as Hanson points out, there’s also an economic argument for whichever alternative can go in soonest.

“From a business perspective we’d like to see something sooner rather than later,” he says. “Whether it’s streetcar or BRT is up to Metro to decide, but there’s a lot of need for transit improvements.”