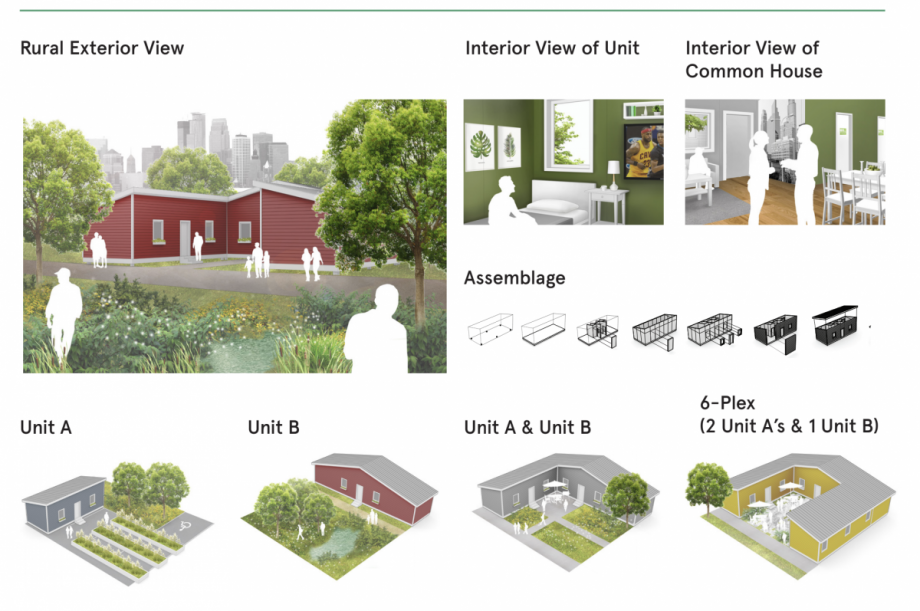 Minneapolis may get a tiny-house community to provide living spaces for people experiencing homelessness, thanks to a partnership between the city’s homeless community and a major hospital, the Minneapolis Star-Tribune reports. However, there are major obstacles — including funding, land availability and zoning — standing in the way for now.

The group Street Voices of Change, a group of currently and formerly homeless people advocating to end homelessness, came up with the idea of building a tiny-house community after more than a year of deliberation, the Star-Tribune said. Hennepin Healthcare, a major hospital in the city, began to support the project after doctors noted how often people showed up at the emergency room with medical problems related to their homelessness, the Star-Tribune said.

The “Envision Community” would be built on vacant land and house up to 30 people in the initial phase. Because building codes require new buildings to exceed 20 feet in both directions, the tiny units will be bolted together to create an exterior wall of at least that length, while providing individual living spaces. Residents will share cooking, bathing and laundry facilities to save money. Further, the homes will be built with a less expensive type of foundation usually used for building decks, the group said.

The group estimates that residents would pay around $112 per month in rent, with the cost of operating the units further subsidized by state housing assistance programs and the money the hospital system will save.

“If we can get more people off the streets, the trains and the concrete, we can save both lives and money,” DeWayne Parker, a member of Street Voices of Change, told the Star-Tribune.

Another key difference: more than 100 individuals who have experienced homelessness were consulted during the design process.

Envision Community has “no land or funding,” the Star-Tribune said. The group says it needs about $86,000 to get started, and another $415,000 to actually build the demonstration site that would house 30 people. They’re hoping to be up and running by next fall.

The initiative still also needs zoning approval to get started, the Star-Tribune said. But three City Council members plan to introduce a measure that will allow the city to change its zoning ordinances, the paper said.

“This project offers a creative pathway to affordable housing that we’ve never explored before,” Cam Gordon, one of the council members, told the newspaper. “We are in a real housing crisis in this city, and it’s clear that what we are doing has not been meeting people’s needs.”