Milwaukee’s Move From Rust Belt to “Coastal City” – Next City 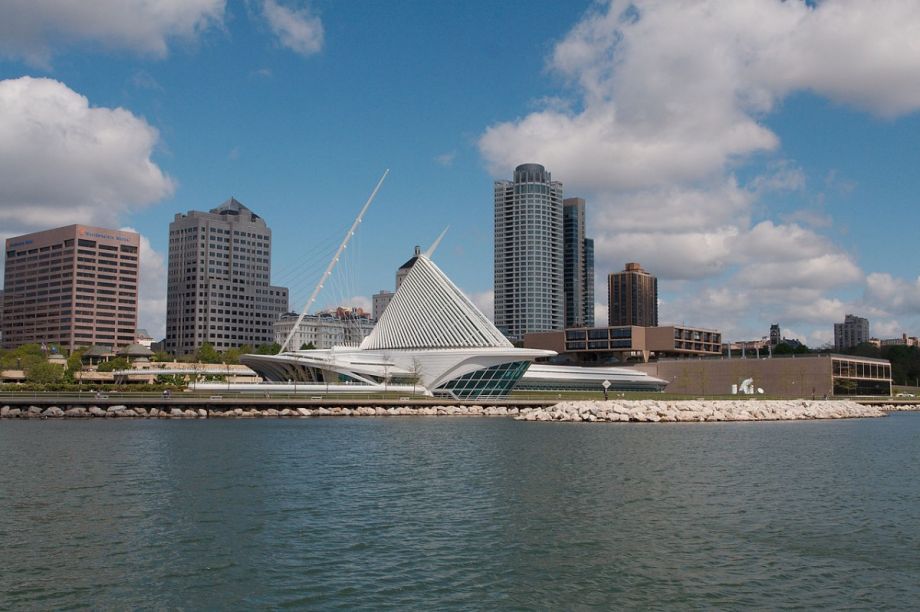 When you think “water,” Milwaukee wants you to think, well, Milwaukee.

Sitting on the shores of 20 percent of the world’s freshwater supply, “water is a part of our history, our culture,” says Mayor Tom Barrett. During his tenure, he’s worked to position Milwaukee as not so much of a Rust Belt city as one that’s on “America’s Fresh Coast.”

Milwaukee has a history of spawning freshwater-related businesses and research because of its location on Lake Michigan. Today, thanks to a network of public-private partnerships, the city is globally recognized as a leader in freshwater technology and research. Businesses, universities and government agencies are coming together in the Water Technology District, an innovation hub that is transforming Milwaukee’s Walker’s Point neighborhood, in more ways than one.

At the heart of that transformation is Reed Street Yards, a former rail yard, truck depot and brownfield site that will become the Global Water Technology Business Park. The development is a collaboration between the city, private developers and the Water Council, which was founded by local business leaders in 2006 to bring together Milwaukee’s more than 100 water-related businesses with academia, government agencies, capital and support.

“We are basically the connector of all the different organizations,” says Meghan Jensen, the Water Council’s director of marketing and membership. The organization promotes Milwaukee as a water innovation hub and engages in myriad water initiatives, including the BREW (an acronym for business, research, entrepreneurship, in Wisconsin), the world’s first place-based startup accelerator focused strictly on freshwater technologies.

One of the city’s roles in this partnership was to find real estate for an office and research park that could attract businesses from outside the city and provide space for the startups the Water Council was incubating, says Dan Casanova, senior economic development specialist for the Redevelopment Authority of the City of Milwaukee. Reed Street Yards was a natural fit: It’s one of the largest tracts of land in the city and close to downtown, and the Menomonee River runs straight through it.

The city was also tasked with developing infrastructure. Reed Street Yards had only ever been an industrial space, so it lacked sewer and water mains and a public road — a clean slate for the city to experiment with. “We’re trying to create a water research and technology campus, so we wanted to make sure that the infrastructure we’re putting in had not only best practices but also saw it as an opportunity to try new things out,” says Casanova.

The surface of the new public road, Freshwater Way, is made of PaveDrain, permeable concrete pavers that nest together so they can be installed in sheets, developed by a local company with its offices in the Water Technology District. The road, also lined with bioswales, captures 100 percent of rainwater on the site.

The star piece of infrastructure, though, is the purple pipe. Even before any buildings are complete, the city has laid pipe that will pump recycled water back to buildings for use in toilets, landscaping and other non-potable uses. A small-scale water treatment plant will be built on-site, and eventually the city hopes that all buildings in Reed Street will be hooked up to the system.

As for attracting businesses, the city has taken an attitude of “if you build it, they will come,” says Barrett. This summer, that attitude has paid off. Construction of the first building on the 17 acres began last month: the new global headquarters of a manufacturer of sustainable plumbing products that’s moving from Erie. The city offered a $900,000 loan to relocate, forgivable on the condition that the company create 120 jobs by 2021. The city’s goal at Reed Street Yards is to build one million square feet of businesses and attract 1,000 jobs, says Casanova.

The Water Council’s headquarters, a converted warehouse called the Global Water Center, is adjacent to Reed Street Yards. A hive of water research, technology and industry, it’s home to startups, departments from three universities and the BREW. Within two years of moving into the 98,000-square-foot facility, the Center’s building is already at 100 percent capacity. This summer, the Water Council announced that it would be opening a second building with affordable office space for startups and small businesses: Global Water Center 2. The University of Wisconsin–Milwaukee’s School of Freshwater Sciences, the first graduate school in the country dedicated to freshwater research, moved into a new campus a mile south of Reed Street Yards last year.

All of this new development is changing Walker’s Point. “The whole neighborhood has transformed in the last two years,” says Jensen. “We’ve seen this area that was filled with shuttered warehouses feeling pretty rejuvenated.” New apartments and businesses are popping up all around the Global Water Center. In fact, the Water Council is working with the University of Wisconsin–Milwaukee and the Wisconsin Economic Development Corporation to produce an economic analysis of the Walker’s Point area, to be released in the next few weeks.