The Milwaukee Streetcar Is Still Happening – Next City

The Milwaukee Streetcar Is Still Happening 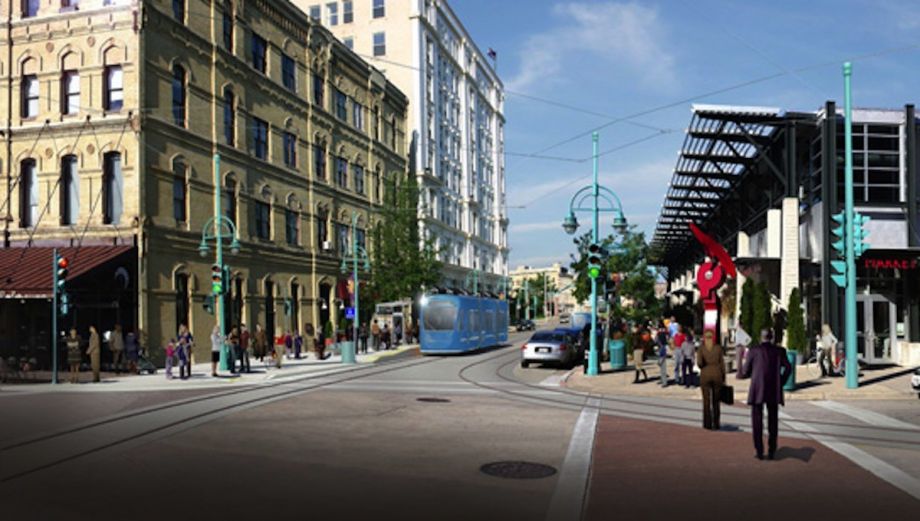 In the latest chapter of the ongoing U.S. streetcar trend story, Milwaukee’s Common Council voted to give final approval yesterday to a plan to build a 2.5-mile streetcar line.

Supporters say the streetcar will help the city compete for jobs and be a critical addition to a currently bus-only transit system. But the proposal has been attacked from the political left and right, and opponents vow to continue a petition drive to put the project to a citywide vote.

The $124 million streetcar line, which will be funded through federal grants and local tax districts, will connect downtown and the city’s Lower East Side. Construction work is expected to begin later this year, and the streetcar is supposed to running by 2018.

Milwaukee would follow cities like Tucson and Atlanta, which launched new streetcar systems in 2014. Nearly a dozen more cities across the country are also planning new lines. The streetcar will help Milwaukee compete for jobs and businesses against cities like these, officials say.

“Again and again, we’ve seen fixed rail systems provide a platform to continue to drive economic development along their route,” says Matt Dorner, the economic development director for the downtown Milwaukee business improvement district. “We have to be attractive to talent and jobs that attract that talent, and it’s import that we pay attention to multimodal transit.”

Some council members object that the project doesn’t serve the parts of the city that have the highest poverty and unemployment rates.

“This project is a diversion of resources away from the areas of greatest need that will saddle Milwaukee with an unnecessary intrusion for years to come,” Alderman Joe Davis said in a statement. Davis, who plans to challenge pro-streetcar Mayor Tom Barrett in next year’s mayoral race, has called for an expansion of bus service or a different rail route instead.

But streetcar proponents point out that federal funding covering half of the streetcar system’s construction costs and 80 percent of its operating costs over the next three years, isn’t available for other projects. The city will pay for the rest of the project through tax increment financing districts.

The planned route for Milwaukee’s streetcar (Credit: City of Milwaukee)

Joel Rast, a University of Wisconsin-Milwaukee professor who has studied transit and access to jobs in the Milwaukee metropolitan area, says it remains to be seen how well transit-dependent workers will be served by the streetcar. Cuts in bus service over the last decade have reduced transit access to jobs in the city, according to a report Rast published last month.

“Will we end up with a sleek new streetcar that mainly serves downtown and the Lower East Side, combined with an underfunded bus system that continues to limp along?” Rast writes in an email. “Or will we have a transit system that effectively serves a broad spectrum of the population, some by bus and others by rail? We’re a long way right now from knowing the answer to that.”

City officials say they hope to eventually expand the streetcar system to cover more of the city.

The proposal has faced ire from the political right. Americans for Prosperity, a conservative group funded by the billionaire Koch brothers, has advocated against it. Opponents are collecting signatures for a petition to force a binding referendum on the project.

Wisconsin has a recent history of contentious transit politics. A high-speed train that would have connected Milwaukee, the state’s biggest city, and Madison, its capitol, was one of several projects that would have been funded by President Obama’s high-speed rail plan. But the train was rejected in 2010 by Governor Scott Walker, now a potential presidential candidate, who called it a “boondoggle.”

A streetcar would be a boon for downtown, and Dorner thinks that would be good news for everyone. New office and residential buildings are planned to rise above the current skyline over the next few years.

“You see the cranes in the air downtown,” Dorner says. “There’s no doubt that continuing to invest in downtown helps bolster investment throughout the entire city.”