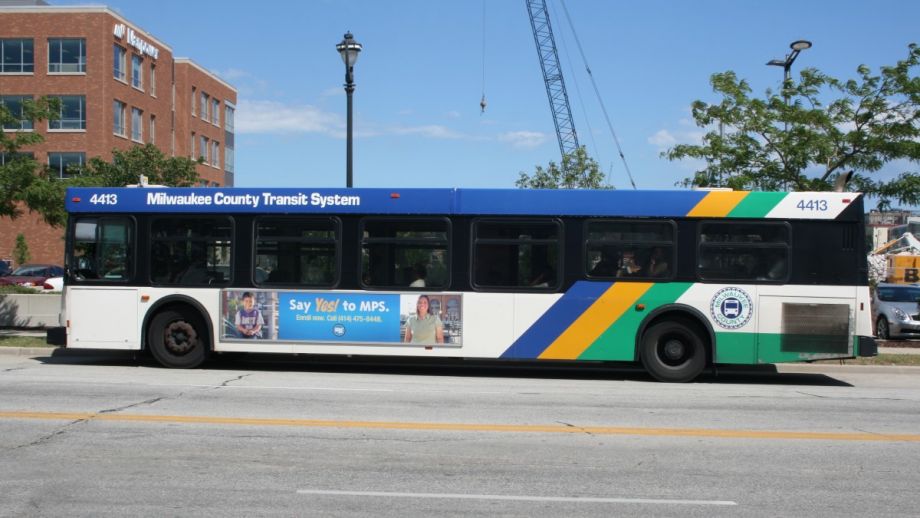 Milwaukee County Transit System (MCTS) is ending a two-year-old program that provides free rides to seniors and people with disabilities, citing significant cost overruns. Instead, MCTS is implementing a means test and will charge a small fee for rides.

When it launched in 2015, the Growing Opportunities Pass program was available to any resident of Milwaukee County who is at least 65 years old or has a disability, regardless of income.

“The plan was put in place by the County Board of Supervisors. The County Executive vetoed it over concerns by a number of groups including the transit agency. But it went into place despite fears of cost overruns,” says MCTS Chief Communications Officer Brendan Conway.

The program was a hit. By September 2015, Go Pass holders were taking over 100,000 rides per week. Its popularity has continued to grow. Conway says 27,000 Go Pass holders have taken about 13.5 million free rides since the launch, accounting for about 20 percent of all MCTS bus rides in that period. The agency estimated that if the program continued providing free rides it would result in a $4.4 million loss of bus fare revenue in 2017.

When MCTS released its 2017 budget proposal last fall, the Go Pass program was out. Advocates for public health and low-income residents and those with disabilities rallied to save it.

“The Go Pass really supported more independence and community integration for Milwaukee residents with disabilities, including individuals who are homeless,” says Disability Rights Wisconsin’s Milwaukee Director Barbara Beckert. “This just made a tremendous difference. It enabled people to connect to basic needs and services such as benefits, counseling, support groups, reconnecting with family.”

MCTS already had a separate reduced-fare program for seniors and people with disabilities that charged users $1.10 per ride instead of the normal $1.75. But for people living in poverty even that can be too great a financial barrier.

“People with a very low income or other disability-related barriers often don’t have a car. The bus is their key resource for mobility. But because of having such limited financial resources, their ability to afford the bus fare is pretty limited,” says Beckert.

People with disabilities are twice as likely to be poor as people without. They also have much higher rates of unemployment. A lack of reliable transportation is one factor. Employer discrimination is another. One of the biggest factors is the strict income and savings limits imposed by Medicaid. Beckert explains that Medicaid provides the critical long-term healthcare on which many people with disabilities depend. Income limits for Medicaid eligibility vary by state and program, but generally individuals are limited to an annual income equal to or less than the federal poverty level (currently $12,060/year) and must have a maximum of $2,000 in assets.

Milwaukee County announced its compromise program in January. The Go Pass will live on, but it will only be available to low-income riders who meet a new means test and will cost money. Riders 65 and older qualify if they receive Medicaid or the state of Wisconsin’s FoodShare benefits. Riders under 65 must be receiving Supplemental Security Income or Social Security Disabilities Insurance or have Veterans Disability designation. They must also be receiving Medicaid or FoodShare benefits.

The Go Pass will now cost $5 to purchase and riders will have to pay $1 for a day pass (a full-cost day pass is $4 and the older reduced fare program charges $2).

In April, MCTS sent letters to Go Pass users announcing the changes. Of the 27,000 pass holders, 11,000 no longer qualify.

“In this day and age you can be 65 and healthy and working full time and you’re getting a free ride because of your age,” says Conway. “The program was changed to make sure people who need the discount most still qualify and get it. This is a population we want to help and this will allow us to do so without making service cuts or increasing fares [across the board].”

Beckert says Disability Rights Wisconsin was fine with a means test, but wanted a totally free pass to remain for low-income riders. She has some concerns with the new system. Chief among them is that people may fall through the cracks if they’ve applied for SSI or SSDI benefits, but have not yet been enrolled since the process could take years. She also worries that for the lowest-income riders, even the modest fees will be a barrier.

“I think people will be more restricted in many cases than they were previously in terms of their ability to be mobile and integrated in the community,” she says. “Because when you’re on a very modest income a dollar a day is significant.”

The Go Pass program illustrates what happens when transit is underfunded.

“We have a tight budget. We don’t have a dedicated funding source. Our budget is based on money we get from state and county and obviously fares,” explains Conway.

Last fall, a county official proposed a $60 vehicle registration fee (known as a wheel tax) to fund Milwaukee County transit and road repair. The proposal died. The county instead approved a $30 wheel tax that goes to the general fund. A few months later, even that funding source is already on the chopping block thanks to a bill from a Republican state representative.

“The future of state funding for transportation is one area of the budget that’s very much a question mark,” she says. “We would like to see the state support and increase funding for transit and paratransit. It is so important for independence and we think it’s a smart investment.”