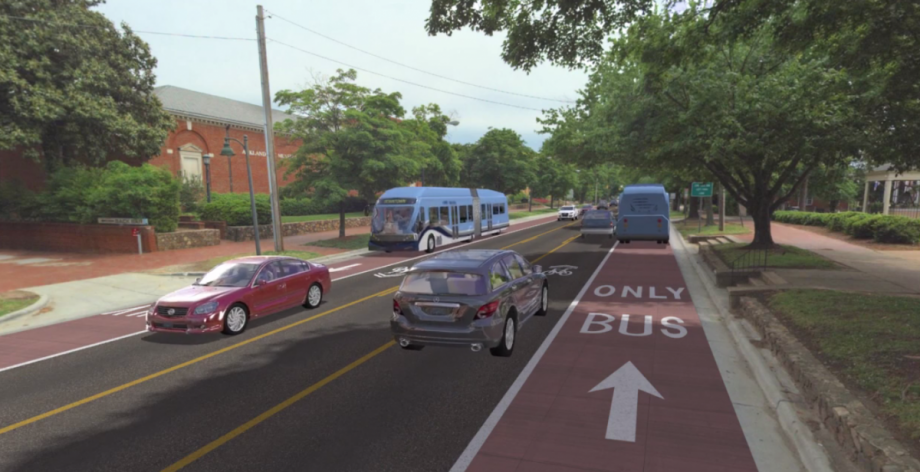 A proposed 9-mile bus rapid transit route connecting downtown Milwaukee to the Milwaukee Regional Medical Center in Wauwatosa, Wisconsin, could save commuters up to 112 hours a year, reports On Milwaukee. According to the East-West BRT Feasibility Study, the trip is projected to take 35 minutes end to end, compared to an estimated 51 minutes on existing bus lines.

“The recommended BRT route will help connect people to tens of thousands of jobs in Downtown Milwaukee, the Milwaukee Regional Medical Center and all the areas in between,” said County Executive Chris Abele. “The route provides high-quality transportation to thousands and thousands of people living at or below the poverty line. Faster and more frequent bus service gives riders more access to medical appointments, school, workforce training and jobs.”

The recommended route, developed after months of public hearings and transit modeling, travels the city from east to west, crossing through downtown and the west side of the city, primarily following Wisconsin Avenue and stopping at 19 locations. According to the route analysis, within a half-mile of the stations are: 47,000 residents, 120,000 jobs, 4,800 households without a car, and 12,7000 people living below the poverty line. The analysis also estimates BRT will increase transit ridership by up to 40 percent, attracting as many as 9,000 new riders to the BRT route and other lines. If successful, the study team estimates this could take as many as 6,700 cars off the road, reducing miles driven by up to 17 million miles per year.

The Milwaukee and Wauwatosa common councils will consider the recommended route this month; the Milwaukee County Board is expected to consider the proposal and funding for it in July. County officials would like to finalize route planning by August, in order to apply for a Federal Transit Administration grant to cover up to 80 percent of the costs. If successful, operations could begin by the end of 2019. Early estimates suggest the project could cost between $42 million and $48 million.