What Millennials Want From Public Transportation – Next City

What Millennials Want From Public Transportation 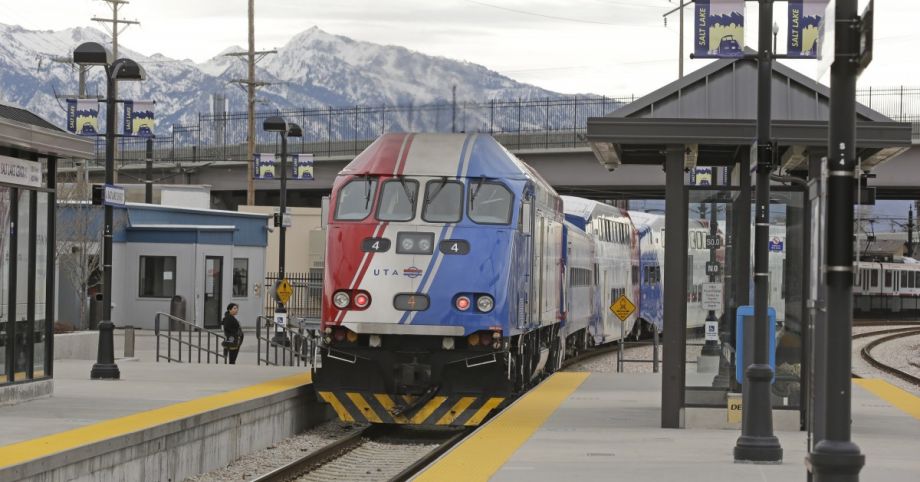 “Local officials need to step up and supply more transit to meet the demand,” says David Bragdon, executive director of TransitCenter. Just in time for some important mayoral election seasons — and amid a growing trend of voters saying “yes” to funding big transportation projects — Bragdon’s pro-public transportation foundation has released a new survey of nearly 12,000 people that gives “concrete evidence of … a desire for reliable, quality transportation in communities across all regions of the U.S., and among riders of all ages, backgrounds and financial status,” according to Bragdon.

Bragdon hopes the survey results will guide local officials who make decisions about land use and how their communities invest in transit. He also says real estate developers should note that even millennials and boomers who aren’t keen to live in center city high-rises are looking for walkable, mixed-use living just outside those urban hubs. 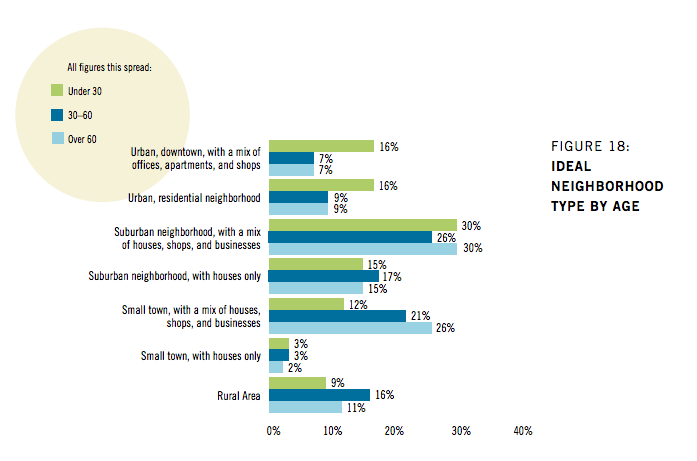 Though a widely circulated uptick in ridership numbers in recent years has given public transit advocates a reason to cheer, the TransitCenter survey’s look beyond current behaviors at attitudes about trains, buses and cars is useful for planners looking at the coming decades of metropolitan commuting. The report, fittingly, captures a transportation-eyed view of the generation gap through a look at childhood experiences, revealing how “millennials, it seems, are defying their upbringing by choosing transit … Baby Boomers are departing from their upbringing by avoiding it.” 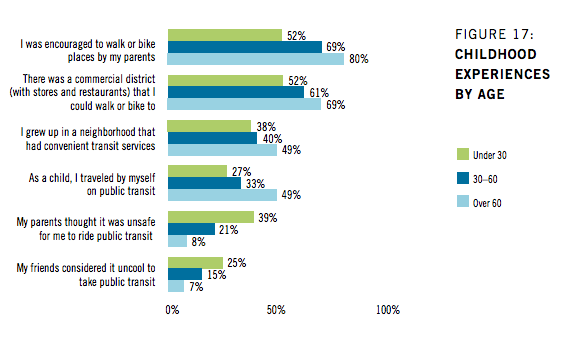 The good news for transit agency officials attempting to lure boomers and keep millennials interested as they age: Those who ride, no matter the age, share many strong priorities. According to the report, “the basics of travel time, cost, and reliability are more important than ‘flashier’ features like Wi-Fi.” 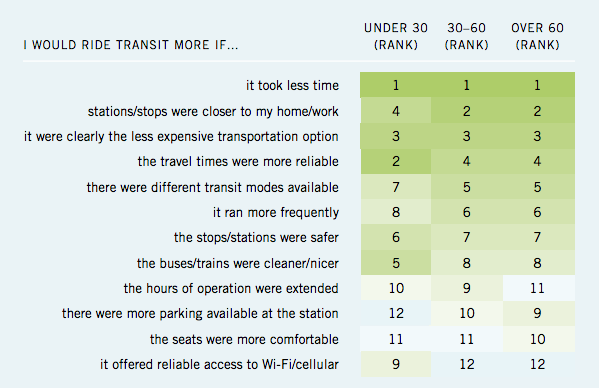 You can read TransitCenter’s full report, which also includes data on income and race, here.