What Happens When Millennials Age Out of Micro-Lofts? – Next City

What Happens When Millennials Age Out of Micro-Lofts? 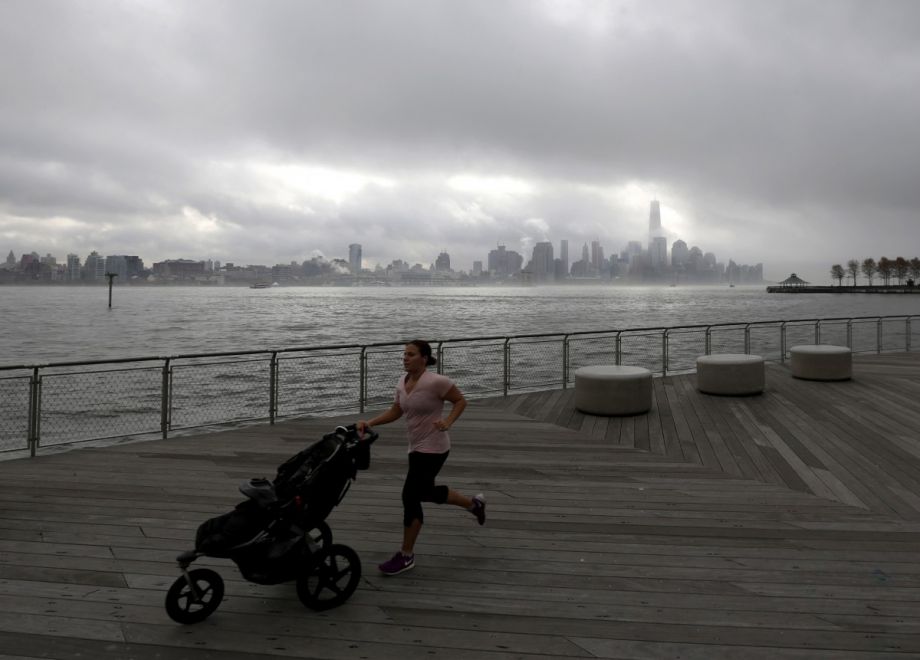 A woman takes a morning jog with her child at Frank Sinatra Park in Hoboken, New Jersey. (AP Photo/Julio Cortez)

Earlier this year, I wrote about how Washington, D.C., has had trouble retaining middle-class millennials, when couples have children. Clearly, they are not the only city struggling with this issue; cities not only have to plan for young migrants, but for a few years down the line — to when 30-somethings age out of sleeping in loft beds in modern micro-units.

Urban planner and architectural designer Sarah Snider Kommpa offers suggestions on how city planners and developers can create a more welcoming atmosphere for young families in “Downtown Families: Discovering How Cities Support Urban Family Living.” After receiving a travel scholarship from the Seattle chapter of the American Institute of Architects, Kommpa visited 11 cities and interviewed government officials, families who’ve moved to the suburbs after having kids — and couples who have hunkered down and begun transforming downtowns — to compile recommendations for cities.

For Seattle, she suggests the creation of a “Family Village Overlay Zone,” where stakeholders can coordinate around the overlapping issues of school and park planning, transit, and urban growth planning. I chatted with Kommpa about how parents can root themselves in communities, housing size issues and the class implications of downtown families.

Why did you decide to study young families in cities?
I studied urban planning in grad school. I enjoy studying cities and think about cities all of the time. I started to see friends that were my age who were living downtown start to think about having kids. They were faced with the questions of where to go and if they had to move. So I started to think more about the topic of families and family-friendly downtowns.

I think cities are different today than certainly when I grew up. I was born in downtown Chicago, and my parents moved to the suburbs right when my sister was born two years later, but that was what people did. So I started to think about the different issues: housing, education, parks, recreation space and independence.

Why do schools create deviations between the migration patterns of class groups?
The school issue is huge. Upper-class families with kids can choose to live in the city regardless and there’s a breaking point there. If you can afford private school and live downtown, then you can do that and that doesn’t matter. On the other end of the spectrum, folks living in subsidized housing don’t have a lot of choice about where to send their kids to school — depending on how the local district does choice, whether it is neighborhood-based schooling or open enrollment.

As certain neighborhoods evolve, and some [middle-class] families have decided to stay in urban environments, the schools are getting better and improving, but it’s a slow process. Certainly some families are going to say, “I’m going to move where I know the school system is good,” but there are a lot of parents getting involved in more urban schools to change that from the bottom up. That’s one of the trends that I saw while traveling.

Did you see any other differences between middle-class millennials and lower-income millennials?
I think cities, by default, have more services for lower-income families than suburbs do. Unfortunately I think the trend now — especially when you are considering transportation — is that as the suburban locations are becoming more affordable than urban locations, it’s harder to serve these families.

How can cities plan for better housing for families?
From a developer’s perspective, they can get more per square foot for smaller units than they can for larger units. Unfortunately when folks go in and design their buildings, they’re using market studies that are a few years old. They’re not thinking long-term about retaining those renters when they get married and have kids. There are few developers that are seeing the possibilities.

From the city perspective, in Vancouver, if a developer builds over a certain number of units, they actually require a percentage of units be two bedroom. There’s no way to require families to move in, but the more two- and three-bedroom units there are, the better it is to address this problem. At the Seattle planning commission, I asked if there was any way to dictate unit-mix from a zoning perspective, and the response we got was, “I don’t know if American cities are ready for that. That might be a little too much control over what a developer can build.” And I can see both sides of that point, honestly, even though I do believe we are overbuilding smaller units at this point.

What is a very simple or low-cost thing cities can do to retain families?
One low-budget suggestion that the city can foster, but I don’t think should necessarily be run by the city, is an organization of parents that is going to advocate for kids. This group is going to go to city council and say, “Hey, we need a playground here, because there isn’t one in a two-mile radius.” When parents get involved in something like that, they are more likely to stay downtown because they feel invested and engaged and respected as a voice.