For the Price of 2 Armored Assault Vehicles, We Could Have 10 Bus Shelters – Next City

For the Price of 2 Armored Assault Vehicles, We Could Have 10 Bus Shelters 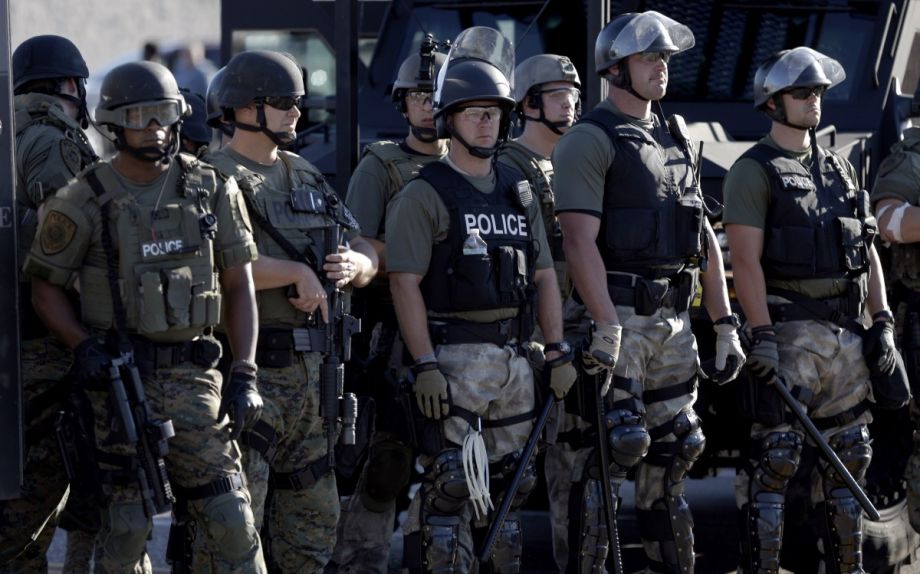 It’s been a month since the shooting of Michael Brown, who was unarmed, black and 18 years old. Scenes of Ferguson in the days following his death drew constant comparisons to a war zone: officers decked out in camouflaged combat gear, some of them arriving by humvee, snipers planted on rooftops, tear-gas-filled streets, protesters treated with milk for their burns. Finally, the conversation reached Capitol Hill Tuesday in the first congressional hearing on the militarization of police.

The long-awaited hearing comes as a congressman from suburban Atlanta, Rep. Hank Johnson (D-Ga.) prepares to introduce the Stop Militarizing Law Enforcement Act to restrict the flow of surplus military supplies from the Pentagon to local police departments.

So this is a good time to think about how the taxpayer dollars now being spent on assault rifles and lumbering street warfare vehicles could otherwise be spent.

What would it be like if the Federal Highway Administration had an overflow of materials, equipment and street furniture to donate to cities? What if the National Parks Service or HUD did too? How many bus shelters and playgrounds could have been built with the $2.8 million spent on the four mine-resistant vehicles sent to Miami?

To create this infographic, I looked at Defense Department records of military equipment transfers to urban county police departments around the U.S. I then compared the costs of the DoD military equipment with costs of other sorts of government purchases to give a sense of how federal dollars could otherwise be spent in our cities. I used infrastructure price averages from this UNC Highway Safety Research Center report, as well as prices from sources such as Newsworks, Time and the Delaware Valley Regional Planning Commission.

This graphic is not a comprehensive list of all items transferred to the selected police departments. To see those lists, or for a rundown of what has been allotted to your county, take a look at this online database. A quick search will show you that plenty of items like medical kits, laptops and filing cabinets are regularly sent to local police. Tactical vehicles account for less than one percent of transferred property, according to DoD spokesman Mark Wright. “More than 95 percent of what’s sent is not weapons,” said Wright.