Milan Commuters Could Get Paid to Bike to Work – Next City

Milan Commuters Could Get Paid to Bike to Work 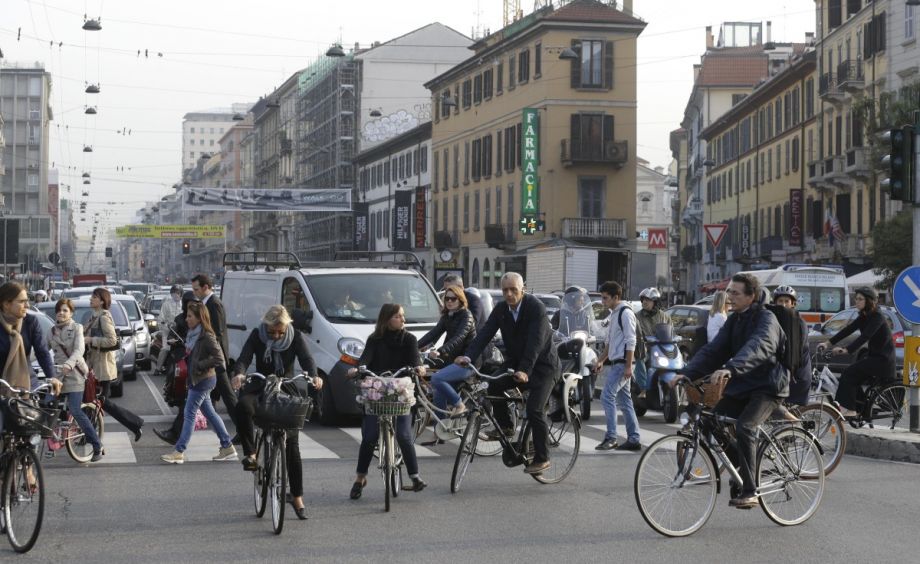 Milan authorities are floating a new program to help clean up the city’s air: paying commuters to bike to work instead of drive.

Consistently rated as one of the most polluted cities in the EU, Milan temporarily banned cars last December when it faced dangerous levels of pollution for 30 days straight.

Fast Company reports that the new initiative follows a December announcement of a €35 million ($38.6 million U.S.) government fund for sustainability solutions. Local authorities nationwide will compete for the state funds, and Milan officials are hoping some of that money will be headed Milan’s way to help them pay bike commuters.

While Milan is known more for its erratic drivers than for having a robust cycling culture, the city has been working to boost biking’s popularity. Milan launched a successful bike-share system in 2008, doubled its bike lanes in recent years and is expanding a car-free zone in the city center.

Milan’s councilor for mobility, Pierfrancesco Maran, said the program’s details are still being worked out, but that the project would be similar to one trialed in France in 2014, when employees were paid 25 cents per kilometer they biked to work. The city is considering using an app to keep track of people cycling to work.

Maran also told Fast Company that since more people trading in their cars for bikes will be healthier for both residents and the city, it makes sense for the government to support the program like it supports public transit.

“If we look at mobility all together, for example, even half of the cost of public transport is contributed by national funds,” he said. “So we will give a little money as an incentive for citizens to know that cycling is healthier than cars, and can be a good alternative in a flat city like Milan.”