Fight to Preserve Historic Preservation Tools for Cities – Next City 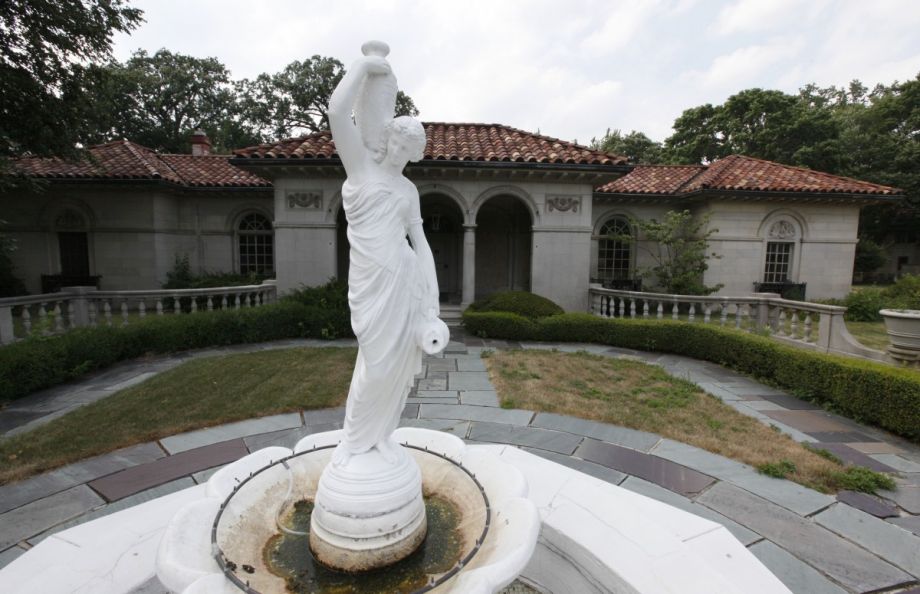 Let’s not bury the lead: The proposal to revise Michigan’s historic district legislation is a terrible idea.

Republican lawmakers want to amend the state’s 1970 Local Historic Districts Act to require two-thirds approval by property owners before any potential historic district is designated, and then also put the designation up for a vote before the city or township. Local governments, rather than state preservation boards, would navigate any appeals. And if a designation does make it through, it would “sunset” after 10 years — and the cumbersome process would have to start all over again if a historically significant block or neighborhood is to be spared whatever development trend is fashionable at the moment.

This is a strategy that mirrors a recent change in Wisconsin historic preservation law and also recently introduced legislation in Utah. It makes historic districts in at least 78 Michigan communities vulnerable, including Grand Rapids’ Heritage Hill, Pontiac’s Seminole Hills, Kalamazoo’s Stuart Neighborhood, Ann Arbor’s Old West Side and Cobblestone Farm, and over 130 districts in Detroit, such as Indian Village, Palmer Woods, Corktown, and the Mies van der Rohe homes in Lafayette Park. Small Michigan cities have also rallied around their historic neighborhoods. In total, about 20,000 Michigan homes are in historic districts.

Proponents argue that this reform is a property rights issue, a crucial tool for individual homeowners to protect themselves from governmental polices that dictate what they can and cannot do with the buildings they own. It’s meant to give property owners more freedom in their construction and rehab decisions by not chaining them to costly guidelines. Others argue that historic districts are an obstacle for affordable housing, a sort of bulwark of wealth that effectively keeps cities economically segregated.

The Michigan Historic Preservation Network combats this by pointing out how historic districts serve a public good by upholding beauty and memory as civic values. At the same time, historic districts are a powerful economic engine that builds resident loyalty, entices new homeowners and attracts tourists. There are precious few tools that communities have to protect their historic places, and the attack on district designation, an MHPN statement says, “jeopardizes the efficient and fair process for establishing local historic districts already in place” while at the same time sidestepping nationwide best practices for decision-making. Local historic districts currently abide by standards set by the U.S. Secretary of the Interior for rehabilitation guidelines, but the proposed law would allow local commissions to use other standards.

Not to put too fine a point on it, but the proposed legislation seems purposefully designed to have soft spots in it — like that sunset clause — that are a developer’s dream. While historic districts have often functioned as the last best protection for a community to assert itself against moneyed developers that want to, say, build a hockey arena in their neighborhood, the Michigan legislation melts their defense down to a puddle. Real estate developers with impersonal interests in the community can bet that something will slip in the every-10-year cycle where historic districts have to once again show that two-thirds of the neighborhood approve, and once again get a citywide vote to back them up. To be sure, they will pounce at any opportunity.

Under the new legislation, development can’t even be delayed for six months by putting a local resource under study for historic designation, which MHPN says is a local body’s primary tool in Michigan to act quickly against a development threat. Developers can make swift and permanent change while the plodding new process lumbers along. The proposed law also introduces other means for eliminating historic districts: A local city council can simply abolish a historic district if it wishes, no matter how long its existed and how its residents feel about it.

Significantly, as MHPN points out, while the bill requires majority consent and a general election vote to form a historic district, no such steps are required to dissolve one. The scales are quite clearly tilted.

The power of a historic district is its consistency over time, despite the vagaries of local politics and development trends. That’s what gives these communities their appeal and significance. To put an endless series of expiration dates on their historic designation is to shadow these communities with the profound uncertainty that the very concept of historic districts was meant to mitigate in the first place. For all the talk from the GOP lawmakers about property rights, this is a brutal blow to the residents of these communities, making it more difficult for them to plan and destabilizing their property values.

Then there’s the question of context. To have a historic house here and there is nice. To have a historic block or neighborhood is exponentially more precious. Each individual structure is more radiant because of its context. The feeling is alive not only for those who live in historic districts but also for those who pass through them on their daily commute or visit them while traveling. It is well documented how heritage tourism is a powerful tool for urban revitalization.

And, let’s be clear about what we’re saying when we talk about historic districts in the Rust Belt cities of Michigan. In underserved places like Detroit, Saginaw and Flint, we’ve come to a point where targeted demolition is actually a tool for revival. In the 2010 Census, Michigan was the only state in the nation that lost population, and it’s just incrementally grown since then. Historic districts are a much-needed anchor in building the kind of Michigan cities that people want to live in. They are the nexus of density, character, local pride and stability in cities that have faced more than their fair share of tumult and disinvestment. Stories from the historic preservation movements in Grand Rapids, Pontiac and Ypsilanti make this plain.

Meaningfully, the Detroit City Council issued a statement opposing the legislation. This is a city where about 20 percent of the structures are unoccupied, many owned by absentee landlords, speculators and corporations that are decidedly unresponsive to City Hall — making it effectively impossible to execute the sort of majority-consent prior approval requirement of the new legislation. This requirement “gives the interest of property owners, who may or may not be Detroit residents, primacy over the interests of residents of proposed historic districts,” according to the Council.

The prospect of holding a citywide referendum on each historic district every 10 years is a costly and inefficient burden to put on any city, especially those that are under-resourced. It’s also a slap in the face to the property owners who put significant personal investment into their historic homes and neighborhoods, even in cities that others had abandoned.

The Green Lake Blue City blog also has a detailed response to the argument that historic districts are a mechanism of economic segregation, pointing out the untenability of that idea in cities and states that are “desperate for families to move back, regardless of socioeconomic background.” The blog pointedly cites a Fannie Mae report that in Rust Belt cities, historic rehabilitation is the most significant game in town: It makes up between 50 and 60 percent of all construction activity in Baltimore, Cleveland, Detroit and Philadelphia, and nearly 80 percent of all construction in St. Louis.

There are reasonable debates to be had on how, where and when to draw up historic districts. (As others have pointed out, though, historic districts can be more precisely tailored to individual communities than zoning laws, making them a more flexible and useful tool for the community.) But to hollow out the designation so completely is a bizarre idea with upsides that are suspect and downsides that are both serious and permanent. The point of historic districts is not only to protect the communities of the past for the benefit of the present. It is the gift we offer to those who come after us. For lawmakers to play so carelessly with our common wealth is egregious.