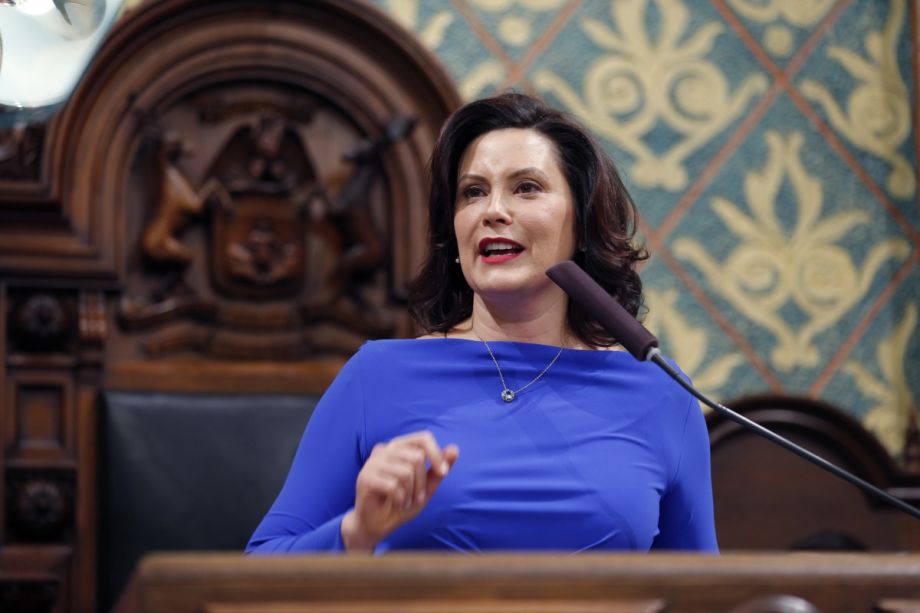 Michigan Gov. Gretchen Whitmer delivers her State of the State address to a joint session of the House and Senate, Tuesday, Feb. 12, 2019, at the state Capitol in Lansing, Mich. (AP Photo/Al Goldis)

In the eleventh hour, Michigan Gov. Gretchen Whitmer canceled the sale of a shuttered state prison to a private contractor, the Detroit Free Press reports.

The sale was due to be finalized within days, state Rep. Thomas Albert (R-Lowell) told the paper.

Whitmer canceled the sale because the private operator, Immigration Centers of America, planned to build an immigrant detention center on the site of the closed Deerfield Correctional Facility and could not guarantee the facility “would not be used to detain adults who had been separated from their children or other family members,” Whitmer spokeswoman Tiffany Brown said.

The former state prison in Ionia, a prison town, closed in 2009. City officials were looking forward to new jobs for the city as well as a new stream of property taxes; when the Deerfield facility was a state prison, it was exempt from property tax.

“Any sort of redevolopment of the property that would result in it going from tax-exempt to taxable and create jobs would benefit the bottom line,” Ionia City Manager Jason Eppler told the Ionia Sentinel-Standard in October.

Rep. Albert said in a statement provided to the Sentinel-Standard that “it’s obvious the governor’s rejection was about appeasing her political base and taking a swipe at President Trump … Like it or not, people that come into this country illegally are going to be detained. Ionia has been a correctional community since the mid-1800s. They deserve to have been involved in this decision.”

Michigan United, a statewide coalition that works on issues related to immigration, housing, and low-wage workers, applauded the decision.

“We applaud … Whitmer for standing up for immigrant families today, and standing against the private prison industry,” Rev. Jack Eggleston, board member of Michigan United and pastor at Unity Lutheran Church in Southgate, told the Sentinel-Standard. In a statement, Michigan United added: “Not only would a new prison anywhere in Michigan make it easier for ICE to tear families apart, one so far away would also make it harder for their lawyers to work with them, harder for their families to come visit them and much harder for the community to rally in their support.

“This facility would have made it incredibly difficult for detainees to access their attorneys, depriving them of their right to due process. No one should make a profit off the backs of families being torn apart. Gov. Whitmer did the moral and just thing today, and is an example to other governors across the country.”

The rise of privately run immigration detention centers has mirrored the rise of the private-prison industry as a whole. According to the Migration Policy Institute, in 2016, nearly three-quarters of the average daily detainee population was held in privately operated facilities. A decade ago, the majority were held in local jails and state-operated prisons. The two largest private operators (of both immigration and non-immigration detention facilities) earned $4 billion in revenue in 2017.

Whitmer spokeswoman Brown said that when Whitmer took office in January, she began a “thoughtful and deliberative review” of the sale, which had been approved under the administration of Republican Gov. Rick Snyder, which ultimately led to her decision to cancel the sale.