Mike Bloomberg Gets a Job: UN Point Person on Climate and Cities – Next City

Mike Bloomberg Gets a Job: UN Point Person on Climate and Cities 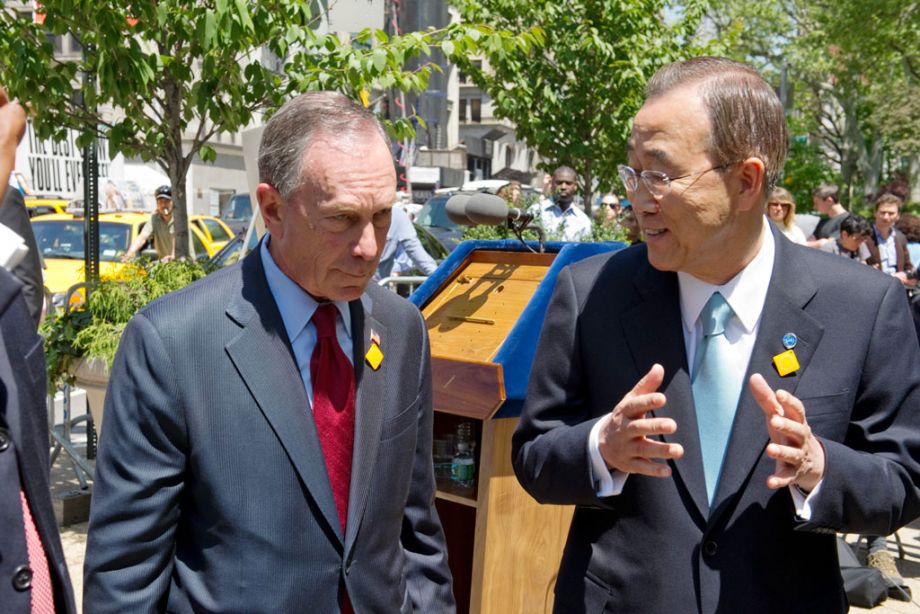 Michael Bloomberg has accepted a job for the same salary he earned while mayor of New York City: $1. In this case, though, his purview will include all the world’s cities.

The United Nations announced on Friday that Bloomberg has been appointed to the role of special envoy for cities and climate change. In highlighting his qualifications, the UN pointed to his work on rebuilding New York’s water infrastructure, advocating for mass transit and “putting limits on vehicular congestion,” though it gently leaves unmentioned that he never harnessed the political support needed to implement congestion pricing.

“Mr. Bloomberg will assist the Secretary-General in his consultations with mayors and related key stakeholders,” reads the announcement, “in order to raise political will and mobilize action among cities as part of his long-term strategy to advance efforts on climate change, including bringing concrete solutions to the 2014 Climate Summit that the Secretary-General will host in New York on 23 September 2014.”

It’s a model that brings to mind the Clinton Global Initiative’s approach to challenging world leaders to commit to concrete change, a strategy that helped former president Bill Clinton find firm footing in the philanthropic world after his own time as an elected politician was up.

Applying what he learned in office to other cities is clearly part of Bloomberg’s future, even if some grumble that he’s given creator status on innovations thought up elsewhere and that he merely popularized or, often, funded to the hilt. Cities are central to Bloomberg Philanthropies, where he devotes much effort under the banner of “Results that Can Be Measured, Change that Can Be Felt.” There’s his “Cities of Service” program on targeted and metric-driven volunteerism, his Innovation Delivery Team model for implementing tactical changes, and his recently announced pro bono consulting shop for cities, staffed with some of his team from his city hall days.

But the United Nations gives Bloomberg an instant global perch. Ideas tend to flow freely from mayor to mayor, in part because city leaders lean less competitive than collegial. His UN job, even if lightly compensated, injects Bloomberg directly into that stream. The UN clearly hopes that it will benefit fellow mayors, and it also serves to formally connect Bloomberg to exactly the sort of people and places he’s looking to help.