Miami-Dade Is Rallying Around 5 Poverty-Fighting Programs – Next City

Miami-Dade Is Rallying Around 5 Poverty-Fighting Programs 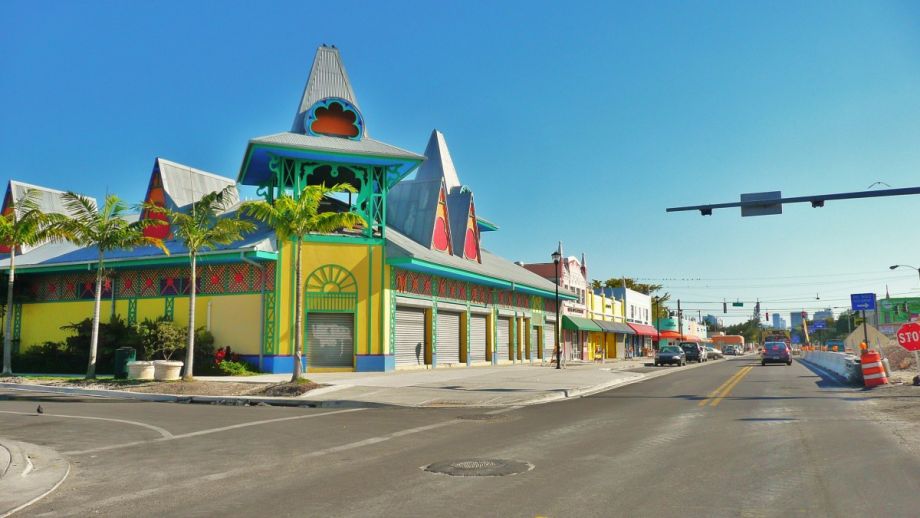 Miami's Little Haiti, above, is one exception when it comes to the region's lack of strong CDCs. (Photo by Marc Averette)

Last May, the Miami-Dade Board of County Commissioners requested that Florida International University’s Metropolitan Center examine the feasibility of establishing a community-based prosperity strategy for Miami-Dade County, “based on certain nationally recognized strategies.” The resolution contained no fewer than 24 “whereas” lines.

The Metropolitan Center released the report last month, at their Fifth Annual State of the South Florida Economy Gathering in Miami. As the county requested, it contains a feasibility analysis of five pilot programs designed to build wealth in distressed neighborhoods, but not without first providing a robust look at where those neighborhoods are and the root causes for their persistent poverty.

“When they asked us to take this on, we asked them if they would allow us to provide a more comprehensive analysis of the economy, so we could really get into the root causes,” says Edward “Ned” Murray, associate director at the Metropolitan Center and principal investigator for the study. “The feasibility of these initiatives is one thing, but why is it such a pressing need, and why is it so great.”

Ultimately, the analysis is a big reason why the report, which was funded by Citi Community Development, has resonated so deeply with everyone so far. “One of the reasons for the success of the study, why it’s gotten such a big response, positive response from everyone from all quarters, is that it does really show that when the lower two quintiles of the income groups of the county are being negatively impacted for so long, it’s dragging down the whole economy,” Murray says. 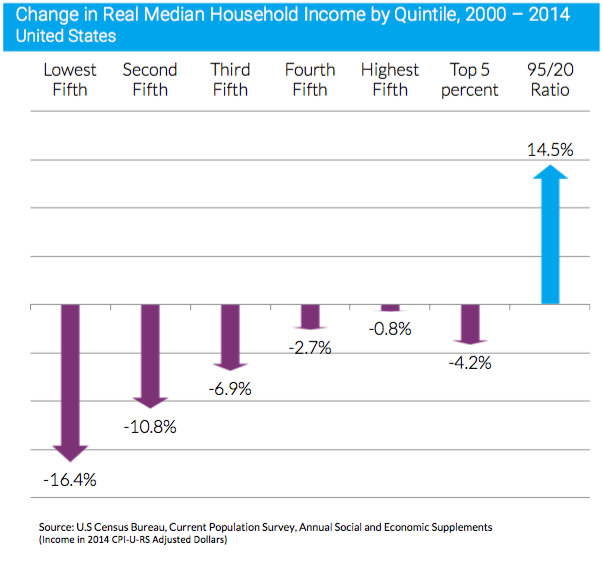 County Commissioner Daniella Levine Cava was particularly interested in the study. “She and her policy staff were looking at various initiatives across the country that could potentially be applicable to Miami-Dade,” says Murray.

The five initiatives proposed and analyzed in the report: social enterprise incubators and accelerators; community land trusts; community benefits agreements; children’s savings accounts; and employee-owned business cooperatives. “These are the five that we thought could probably have the greatest potential impact in terms of wealth building, particularly within these underserved communities,” Murray explains.

He’s particularly excited about social enterprise incubators and accelerators. “The idea of creating social impact accelerators, the idea of building up local economies, and by that I mean neighborhood economies, really is exciting, because that’s where you can really make a difference,” he says. The report proposes targeting accelerators or incubators at existing entrepreneurs in the area.

The Miami-Fort Lauderdale metro area was number two nationally in startup activity, according to the 2015 Kauffman Index. But, Murray says, last year Metropolitan Center found that 85 percent of all businesses in Miami-Dade are under 10 employees, and 67 percent are under five employees. Recent immigrants have started many of them.

“It’s an economy comprised of micro-businesses, although they do cut across all the industry sectors — many are in technology,” he adds. “How do we build the institutional infrastructure to support some of that? It makes a lot of sense to build from within, to think about industry retention and expansion as opposed to handing out your tax dollars in the zero-sum game of attraction.”

Trying the five initiatives in a two-year pilot will require an estimated $9.6 million to $10.3 million, with a potential impact on 2,310 families.

Aside from the five potential solutions, the team also did an economic impact analysis of what raising the income of Miami-Dade County households in the bottom two income quintiles would do for the regional economy. In their most conservative estimates, raising the incomes of just 5 percent of these households (13,381) to the area median income ($43,100) would create at least $400 million in annual economic output, 3,000 new jobs (including for high-skill, high-wage earners), and generate at least $27 million in new tax revenue.

“The broader analysis really provided the economic underpinnings in many ways as to why these initiatives, not only would they be applicable, but what would be the impact, potentially,” Murray says. “Impact not only in terms of the pilot programs we’ve recommended, but addressing something much broader here in Miami-Dade in terms of building the community development infrastructure that is lacking to a great extent.” 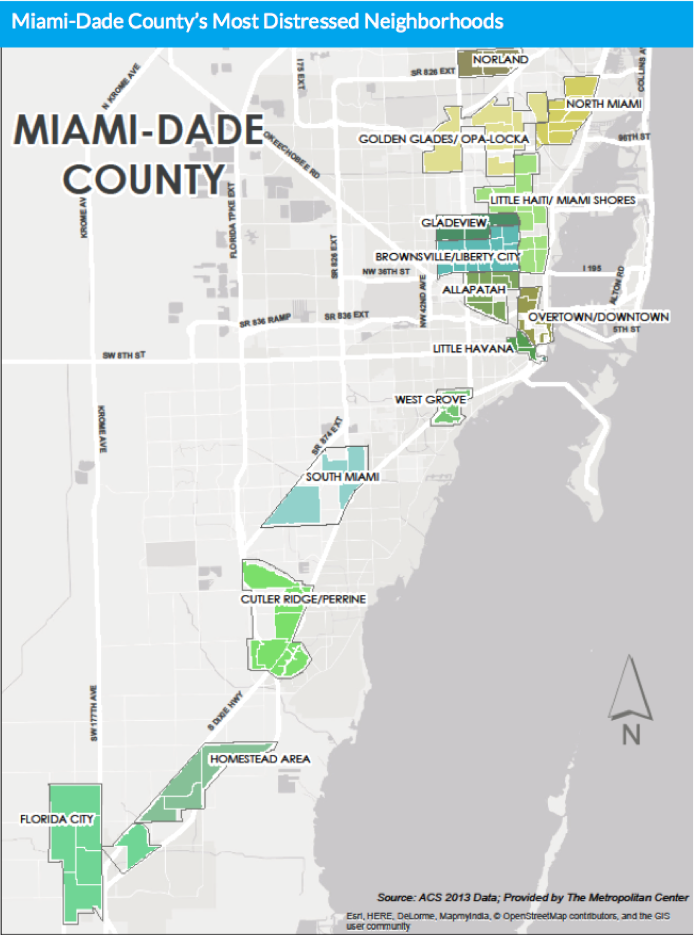 According to Murray, Miami’s community development infrastructure lags far behind those of other cities and regions, such as NYC, Philadelphia, Chicago or Massachusetts. Community-based development organizations in Miami-Dade just don’t have the same institutional support around them as in those other places. It makes it challenging to ensure that the community has a voice in initiatives like these, Murray admits.

“We have organizations that address a lot of these issues, but compared with areas of the country that have strong CDCs that are neighborhood based, those generally do not exist here,” Murray says. The one exception, Murray mentions, is Miami’s Little Haiti neighborhood, where the Haitian-American Community Development Corporation has been battling against gentrification fueled partly by foreign capital.

”Everybody wants to be in Miami right now, not just people here but from all around the world. Cash buyers, developers, everybody wants to put their money here right now,” Murray says. “That’s why the wealth-building aspect of this study is important, because the question comes down to who benefits. Who benefits in the end, and how can the residents who’ve lived here, and suffered in many neighborhoods, stay in place and be able to take advantage of the opportunities.”

Murray is hopeful that by bringing together partners from different sectors, the five pilot programs recommended in the report will provide a launching pad for relationships that will blossom into a more robust community development infrastructure for Miami. The launch event, which attracted other foundations and potential partners in the region, was held in conjunction with a meeting of the County Commission’s Prosperity Committee, which sponsored the initial resolution to do the study.

“I’ve been down here for almost 20 years now,” Murray says. “I’ve never seen this kind of activity, energy and momentum in county government. The city of Miami is, I think, stepping up as well. You really need those two big governments to work together. I think we may be at that point.”