Miami-Dade Merges Public Works, Transportation Into One Agency – Next City 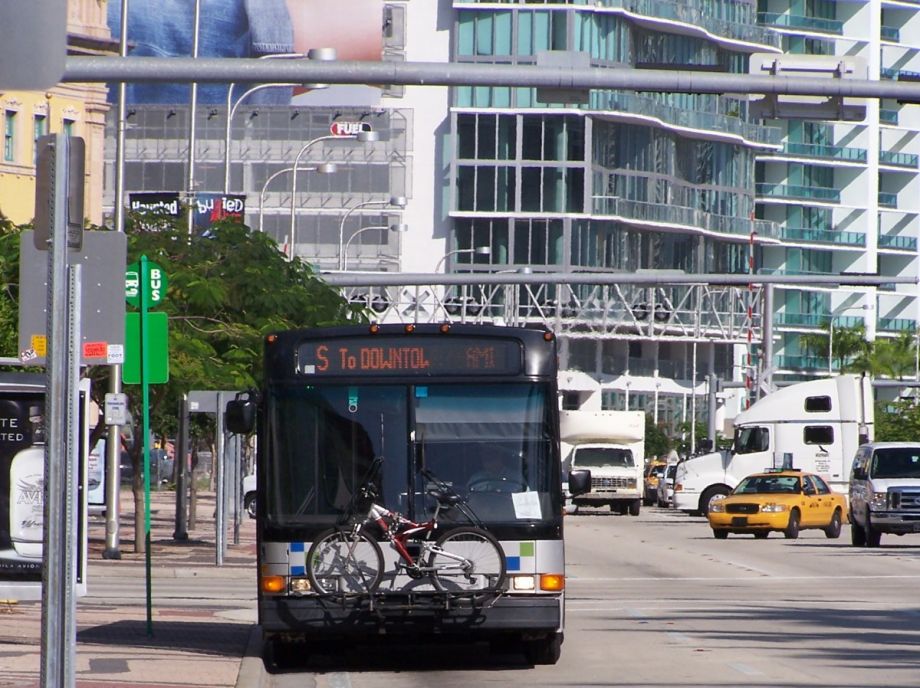 Last month, in a bid to improve efficiency and better integrate services into the full gamut of county projects, Miami-Dade’s transportation and public works agencies officially merged into one.

Announcing the new Department of Transportation and Public Works, Mayor Carlos A. Gimenez said the merger would improve agency collaboration, citing a “lack of coordinated effort” in the past. Alice Bravo, director of the new joint department and former director of Miami-Dade Transit, said, “For many years we’ve had basically two different … transportation groups, and they each take a different approach to a certain issue. By unifying the two departments now there’s a common mission. That mission is: improve mobility.”

Miami consistently ranks among the most traffic-congested cities in America, and was named the fourth-most dangerous metro area for pedestrians in 2014. Transit ridership declined by 7 percent between 2014 and 2015, with Metrobus seeing the biggest loss, 10 percent. The county is hoping having Traffic Operations, Construction and Maintenance, Highway Planning, Passenger Transportation Regulation and the County Engineer all under one roof can facilitate more of a complete streets approach.

“Everything we do from one perspective affects the other, so it’s very important that it’s reviewed and developed together,” says Bravo. “We want to make sure that as all that infrastructure is developed that transit is not an afterthought.”

Until now, she says, different agency employees might have felt responsible for public transit or responsible for vehicular traffic, but not for both. With the merger, she wants to implement a hands-on, rather than demand-based, approach to street design that will consider many needs in a single project — crosswalks, traffic-calming initiatives, bicycle infrastructure and the like.

The merger could also help the county derive maximum benefit from the infrastructure that it already has. The processes to build out a network of fully automated light signals, or add express bus service to highways, or create reversible lanes could all be streamlined when they’re happening under the umbrella of a single department.

Some are hoping the merger will also make technology adoption easier, hastening Miami’s rise to smart city status. If streetlights are going to be replaced, for example, Bravo would like the department to consider buying ones equipped with LED technology for energy savings, WiFi to collect traffic data and cameras to capture speeding. Before the reorganization, different groups spread out between the two departments were responsible for investigating these types of initiatives while another group worked on the county’s Transit Tracker app. Bravo would like to see that app incorporate more data from previously separate entities, adding real-time arrival information for the county’s many bus, rail and shuttle options, as well as live traffic updates.

“All those technologies, all those apps, everything is transportation,” says Bravo. “There should be a singular seamless app so we take advantage of all of the opportunity.”

Dave Capelli of Tech Miami, a for-profit group that promotes inclusive entrepreneurship, agrees. “This is not a smart city yet,” he says, but he’s hopeful.

“In Miami right now you have all of these different silos, which is why you don’t see this innovation happening … . The thing that’s important about public works and transit coming together is, as we look at smart cities, it’s a full holistic piece,” he says. He’d like for the merger to make procurement and implementation of new technologies easier, and more pervasive. Not only could a more streamlined process be a boon for local companies in the county’s burgeoning digital economy, but Capelli also thinks public transportation is a key ingredient in attracting and retaining entrepreneurs.

In fact, he and Tech Miami have created an “Innovation Maslow,” a ladder of steps to reaching an innovation economy, based on psychologist Abraham Maslow’s hierarchy of needs. Where Maslow’s model posits that human beings require physiological comfort and safety before they can reach higher-level goals of self-esteem and love, the Innovation Maslow says that cities need good affordable housing, top-notch WiFi and really good public transportation in order to support entrepreneurship that will actually create economic benefits for more than just the elite.

A lot of cities, says Capelli, start with third-tier initiatives, like creating coding boot camps, co-working and maker spaces. “But if we’re talking about inclusion and we’re talking about developing real companies … throwing all that stuff at a place with broken infrastructure and a place where folks can’t afford to live or get around” might create opportunities for a few. But without affordable rent or good public transit, lower-income residents won’t be able to take those coding scholarships or maybe even travel to class.

Bravo says residents will first see the impact of the merger in improvements like signal coordination and more strategically located bus stops. “Every asset, every resource is an opportunity to serve multiple mobility purposes,” she says. “By merging the two groups together we make sure we can not let those opportunities slip through our fingers.”