Who’s Up for Skiing in Miami? – Next City

Who’s Up for Skiing in Miami? 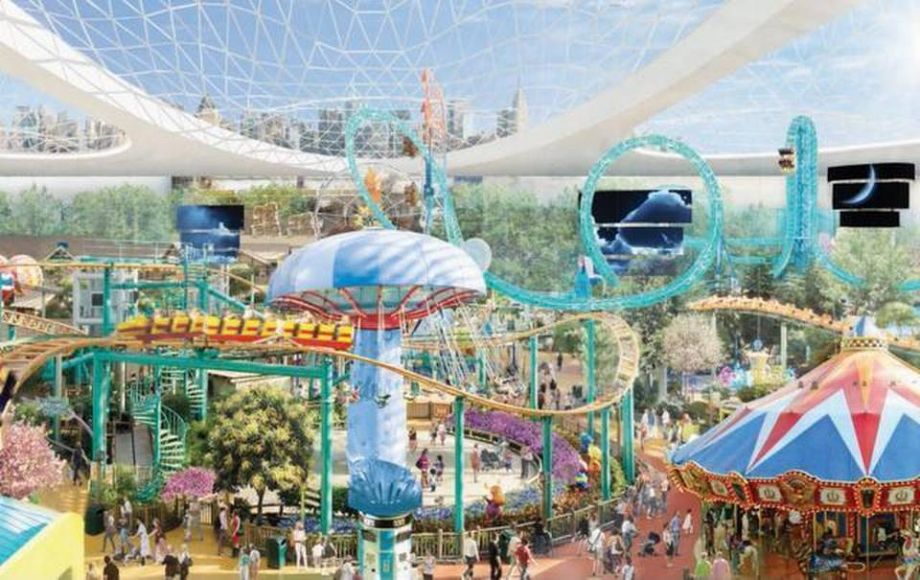 Northwestern Miami-Dade may be home to the next super-mall. Triple Five, the owners of Minnesota’s Mall of America released a proposal on Thursday for American Dream Miami, a 200-acre shopping center and entertainment complex complete with a ski slope, a live sea lion show and a Legoland. It will even have an artificial lake where visitors can take a submarine ride. (Guess that someone’s American dream.)

Miami-Dade Mayor Carlos Gimenez announced the deal in an interview on Thursday. As he’s gearing up for reelection on an economic development platform, he says he hopes that the American Dream project will be a great job creator.

“It takes a lot of logistics to keep a thing like that going. All the food, and the mechanical equipment, air-conditioning — there’s going to be a huge spin-off,” he said.

According to the Miami Herald, the proposal has been in the works for a year, but has remained secret until this week. The newspaper has the details:

Much of the 200 acres will come from the Graham Companies in a deal with Triple Five, but about 80 acres of it belong to the state of Florida. Further complicating negotiations, Miami-Dade’s school system holds a lease on a large chunk of the state parcel in a land-bank arrangement for the possibility of future development there.

Triple Five has agreed to pay $7 million to compensate the school system for waiving its lease, and Miami-Dade would then purchase it from the state, county officials said. Triple Five would pay $11 million for the state land, officials said, with Miami-Dade County acting as a pass-through for the transaction. County commissioners and school board members are expected to consider the proposals later this month.

In a statement on Thursday, Triple Five said, “It is our intent that this project — American Dream Miami — will exceed our other world famous projects in all respects.”