Miami Art Project Looks at Infrastructure Under Water – Next City 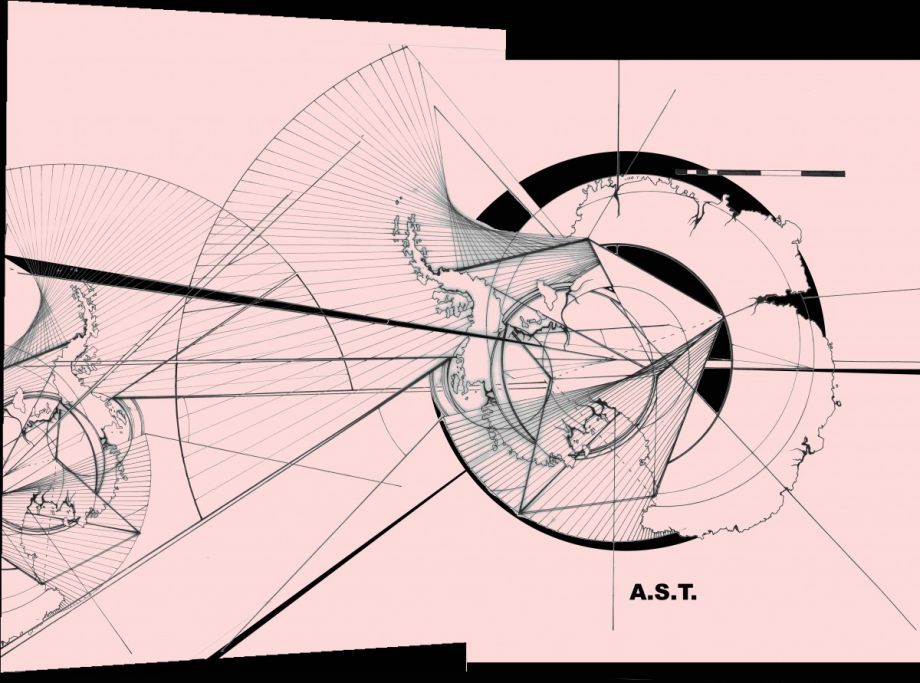 A mural lays out how ice caps in Antarctica could fall apart. (Credit: ArtCenter/South Florida).

Florida Governor Rick Scott may have banned the term “climate change” from official government records, but South Florida is well aware of its watery fate — the question, of course, is just how watery it will be. A new exhibit at the ArtCenter/South Florida in Miami Beach imagines one potential future, with city streets dry at low-tide and flooded at high-tide, and examines how the city can use infrastructure and ecology to adapt.

“Intertidal,” which opened Saturday, was created by a group called the Alliance of the Southern Triangle (AST), composed of London-based artist and writer Diann Bauer, Miami-based artists and architects Felice Grodin and Elite Kedan and New York-based curator Patricia Margarita Hernández. Through the use of videos, audio and wall drawings, their exhibit is meant to feel “like a scrambled series of messages from a not-so-distant future — messages for viewers to contemplate as they think about their city and community,” according to a statement.

Artistic director and curator Natalia Zuluaga worked closely with city officials in commissioning AST’s work, the Miami New Times reports. The resulting exhibit is methodical in its projections, diving deep into details like how much sea-level rise the area can expect (complete with a fictional map from a not-too-distant future charting the effects of melting glaciers) and how the city can use land-use principals to its advantage.

“We are committed to rethinking city structures in the face of a globalized, high-tech economy impacted by climate change,” AST said in a statement. “Our work thinks about repurposing facets of the city, such as zoning, real estate and water management, to construct an alternative vision of the present.”

The exhibit is yet another example of museums taking on the challenges of their immediate communities — particularly on issues that seem stagnant at the political level. For example, the Queens Museum, in Queens, New York City, has been working with its local immigrant community on topics surrounding DACA and DAPA, and made itself into a space for protest as well as art.