Metro Boston to Get More Creative with City Planning – Next City 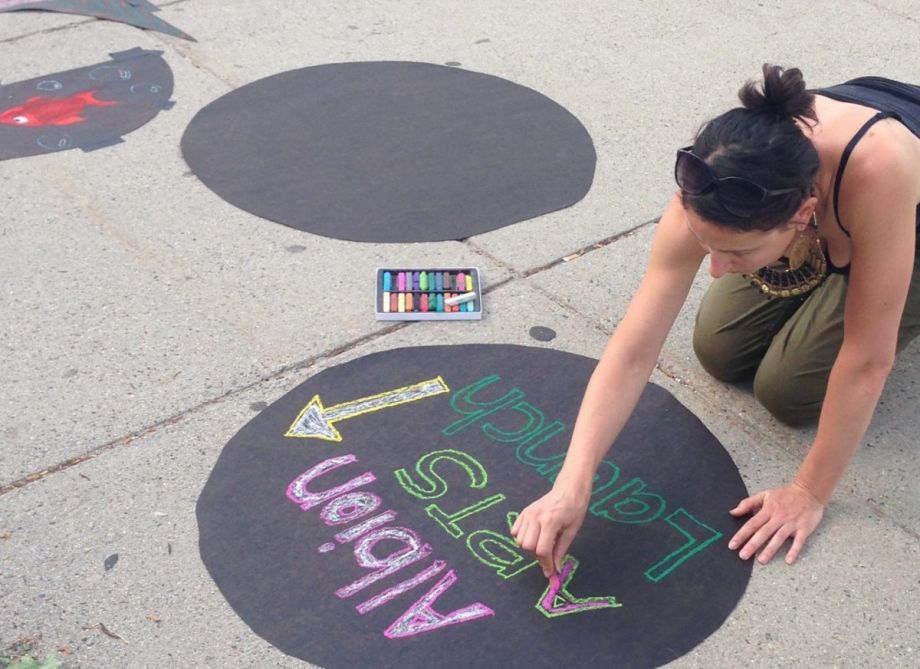 The Metropolitan Area Planning Council (MAPC), the regional planning agency serving the 101 cities and towns of metropolitan Boston, made a unique hire in 2017: Carolyn Lewenberg, an arts organizer with a background in public art, became the agency’s first-ever artist-in-residence.

The goal was to bring arts, culture and creativity into the agency’s multidisciplinary planning work. Over 18 months, Lewenberg engaged with 10 different planners connected to land use, public health and the environment.

The work was fruitful enough that MAPC recently hired its second artist-in-residence, Hortense Gerardo, whose tenure will last until 2020. With experience as a playwright and interactive installation artist, Gerardo promises to bring her own creative perspective to the planning agency.

“I never quite understood why there wasn’t more space for arts, culture and creativity in the field of urban planning and community development,” says Jennifer Erickson, who leads MAPC’s arts and culture department. “The things that people love about places has so much to do with culture and people and creativity.”

Erickson was working in MAPC’s land use department when she started to question why planners weren’t engaging more with the arts. She saw it not only as a creative planning tool, but also as an invitation to citizens to become more engaged and excited about civic issues.

It was also important, she adds, to value “art for art’s sake.” While many countries have dedicated ministries of culture or arts councils, the United States does not. In 2017, the Washington Post reported that arts spending made up less than 0.02 percent of federal spending.

In hiring for MAPC’s first residency, Erickson stressed to applicants the experience would be far from typical. MAPC’s offices hold no studio space; the agency envisioned the artist embedded in its various planning departments.

Lewenberg says it was a “shift in mindset” for both her and the planners. “I learned a lot about making awesome spreadsheets,” she says. “I got to create a compelling foundation for why we’re doing this work.”

Lewenberg worked with an economic development planner to creatively draw people into the launch of the Albion Arts Corridor in downtown Wakefield. She worked with members of the government affairs department to develop an arts element at the Shannon Grant Basketball Tournament, which brings together youth and law enforcement in Somerville. She collaborated with a land use planner on integrating creative community engagement as part of the Revere Open Space and Recreation Plan.

“It was an opportunity to really learn how cities and towns function,” Lewenberg says of her integration into different planning departments. “I learned how to navigate these different entities to make a project happen.”

Toward the end of Lewenberg’s residency MAPC evaluated the program and ways to ease an artist into the structure and bureaucracy of a government agency. “To welcome an artist into this space, who hasn’t had experience with the field, it’s really starting from scratch,” Erickson says. “She’s an artist at a desk … . I think I underestimated how much time it would take for the person to feel really comfortable and welcomed.”

For the second artist-and-residence, MAPC carried out a more thorough orientation.

Gerardo went through a Planning 101 workshop and attended a workshop on creative community placemaking. She sat in on staff meetings of various departments to learn about their current projects, and attended numerous community forums to talk to residents about engagement and placemaking.

“I look forward to creating new work that directly reflects the needs and interests of the community,” Gerardo says in an email. “I am also interested in being part of a government agency that acknowledges the need for arts and culture to be an integral part of urban project planning.”

Erickson calls the artist-in-residence program “one part of a really ambitious program we have to infuse arts and culture into the practice, not only at MAPC but the overall Boston region.” The department is moving ahead on three kinds of work: capacity building (workshops and training on issues like creative placemaking); technical assistance (this includes the artist-in-residence’s services, an internship and a fellowship); and research, data and policy.

Erickson also helped start an Arts and Planning Interest Group with the American Planning Association about four years ago; it is now a network of over 300 planners and artists.

“How can we support the development of the arts and cultural sector through good planning and community development?” she asks. “There’s this growing awareness and visibility in the field.”