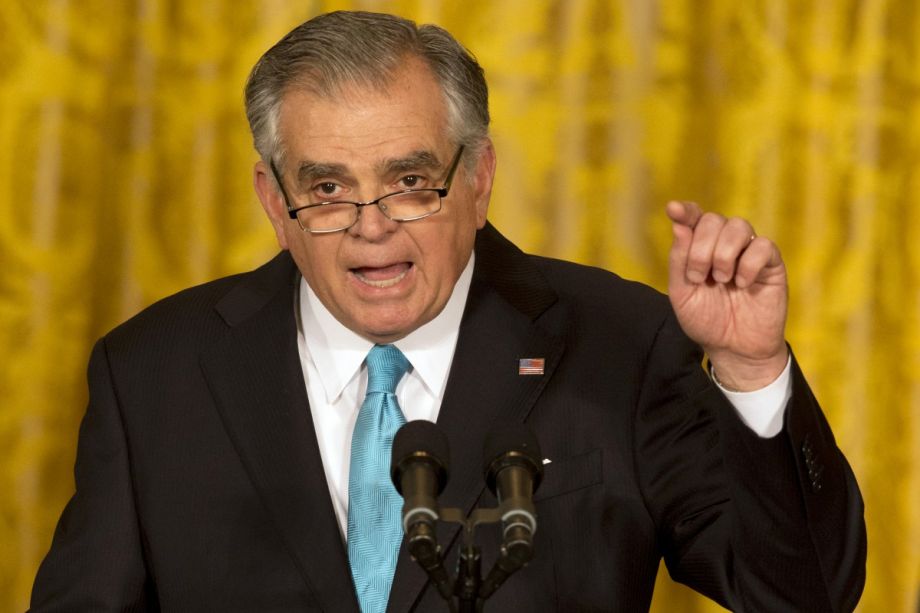 On Wednesday morning, private equity fund Meridiam Infrastructure announced a new hire: Ray LaHood. The former U.S. secretary of transportation, who stepped down in July of last year, is joining the firm, with the title of senior adviser to Meridiam North America. It will be his second private-sector job (third overall, if you count infrastructure advocacy group Building America’s Future). LaHood joined law firm DLA Piper as a senior adviser earlier this year. (The term “lobbyist” was not used, but DLA Piper does occasionally dabble in lobbying for transportation projects. Legally, LaHood is not allowed to lobby the Department of Transportation, but Congress — which he used to be a member of, as a representative from Illinois — is fair game.)

Thierry Déau, Meridiam’s founder, told me that LaHood will help the firm identify future markets for infrastructure investments, which the firm funds through public-private partnerships (PPPs). “We don’t really do lobbying,” Déau said, when I asked if LaHood will be active in that field. Instead, he’ll work to identify “upcoming trends,” and won’t be involved in specific transactions. (Before signing on with the Obama administration, LaHood’s only relevant experience was sitting on the House Transportation and Infrastructure Committee, and the former Republican representative was widely believed to be the Beltway equivalent of a diversity hire for the administration, chosen mainly to bolster its bipartisan cred.)

For its part, Meridiam is trying to expand in North America, which has traditionally been more resistant to public-private infrastructure partnerships than Europe.

Although the United States has yet to catch up with Europe in terms of adoption, Déau said, “the acceleration in the last three years has been quite impressive. When we look at our pipeline today compared to three or four years ago, we pretty much tripled” business. “Looking at active opportunities, we are looking at about 30 of them. Three or four years ago we were probably looking at a handful of them.”

He attributed Europe’s love of PPPs to the European Union, saying that the European Commission “has almost imposed” — implicitly, if not explicitly — that countries use private money to leverage European funding. Canada and Australia, he said, have also been enthusiastic about PPPs in recent years.

Déau cited two main factors impeding the spread of PPPs in the U.S. “There is a very strong relationship between the American public and infrastructure, and private investment in infrastructure started in the U.S. mostly through privatization, and they were not very good successes, because of that strong relationship where the public doesn’t quite like the private sector owning their roads.”

He added, “you had for many, many years, access through the gas tax and federal funding, but also the illusion of a very deep muni bond market, and a number of public-sector entities raising debt to build infrastructure.”

But those means of funding, he said, have hit their limit. “Most local authorities have reached a level of over-indebtedness,” and now need to shift the burden to the private sector to continue building.

He cited Japan as the other large, developed country that has lagged on PPPs, though he said it’s “nearly impossible” for foreign firms like Meridiam to enter the market. (There’s also the fact that Japanese infrastructure tends more toward the “private” than the “public,” with railroads especially edging toward full-on privatization, with less and less of a public component.)

As for projects in the American market that Meridiam is bidding on, Déau listed a few — a major new terminal at LaGuardia Airport in Queens (where Meridiam is partnering with, among others, Skanska, Tishman Construction and Parsons Brinckerhoff on the construction side, and Morgan Stanley, Citigroup and Wells Fargo for financing), the Purple Line light-rail project in D.C.‘s Maryland suburbs (where they’re joining forces with Fluor for construction and engineering and one of Star America’s funds on the money side), plus a judicial facility in Indiana and roads across the U.S., including in Nevada.

California, he said, had been more “touch and go” for Meridiam, with one highway project they were bidding on canceled, and the high-speed rail project is “not quite ready” for private involvement. As he so diplomatically put it, policy there must go through a “maturing process” before consortia of the type led by Meridiam can enter the picture.

If they do end up bidding on the high-speed rail project, though, Ray LaHood could be a valuable asset. The Obama administration was a big backer of the project, and in his parting remarks as transportation secretary, he said the national high-speed network could be President Obama’s “crowning glory.” Maybe one day it could be Meridiam’s, too.