Memorializing the Seattle Freeway That Almost Was – Next City

Memorializing the Seattle Freeway That Almost Was 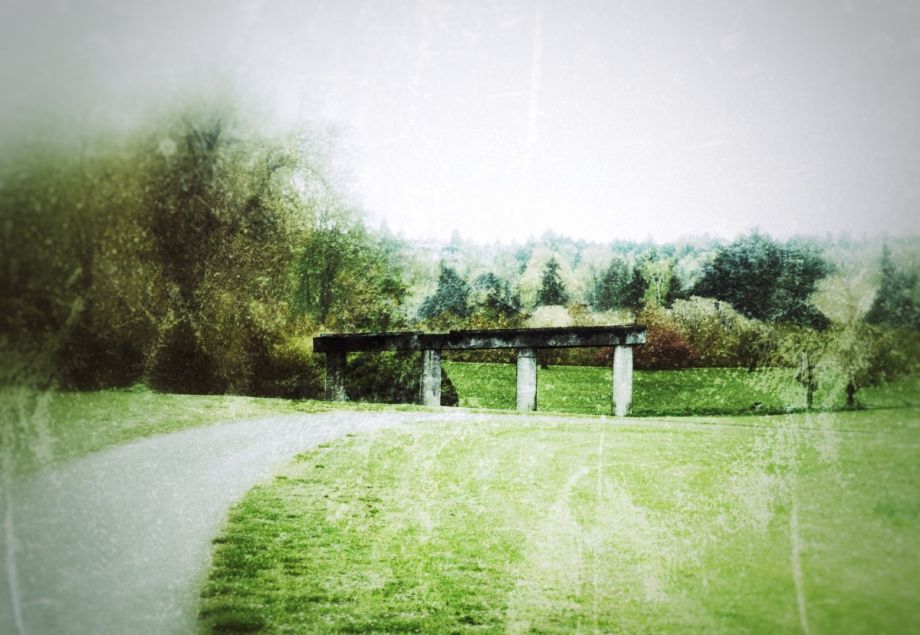 As shown in rendering above, Seattle A.R.C.H. proposes to save a piece of the city's “Ramps to Nowhere.”

Earlier this week, the Seattle City Council voted unanimously to adopt a resolution stating their intent to save a piece of a freeway that sits at the north end of one of the city’s biggest parks. And rather than drawing ire, the plan to save a hulking concrete structure was mostly met with enthusiastic support from environmentalists, parks advocates and community activists who want to memorialize the fight that saved a significant part of Seattle.

The Arboretum is a gorgeous, 230-acre public park filled with walking trails, native forests, stone bridges, a Japanese garden, flowers and more. It is the sort of space that can make you forget you’re in the middle of a major city. Forty years ago, it was almost replaced by a freeway.

The R.H. Thomson Expressway was part of a planned ring of freeways throughout Seattle. As was almost always the case during America’s urban freeway boom, the Expressway would’ve cut straight through existing neighborhoods — including, unsurprisingly, the dense, predominantly African-American Central District — displacing residents and business as well as destroying the Arboretum. When the 520 Floating Bridge was built across Lake Washington, connecting Seattle to the city of Medina, in the early 1960s, construction included an on- and off-ramp into the north end of the Arboretum to eventually connect to the new freeway.

But, wary of the destruction another freeway would have, citizen activists rallied for a fierce, decade-long fight to stop the R.H. Thomson. It was a diverse coalition that included University of Washington students and faculty, the Black Panthers, environmental activists, concerned neighbors and more.

In a recent letter of support for the city council resolution, King County Council Member Larry Gossett wrote, “This is truly legacy worthy of celebration. Keeping a remnant of the R.H. Thompson freeway will serve as an important reminder of the power of citizen action and the extraordinary accomplishment of Seattle citizens all those years ago.”

When the expressway plans died, the 520 on- and off-ramps remained. Dubbed the Ramps to Nowhere, they became a popular park feature in their own right. Canoeists and kayakers like to paddle through the tall concrete support columns that rise out of the lake. Many a UW student has partied on top of the ramp and plenty of brave souls have made the multistory leap off the platform into the waters below.

But the Ramps to Nowhere are finally slated to come down. The Washington State Department of Transportation is replacing the aging 520 Bridge and construction is nearly complete. When they finish its western end, they plan to remove the vestiges of the R.H. Thomson.

Once again, activists have rallied City Hall to act, this time to save four columns and a support beam from one of the ramps. The effort has been led by a group called Seattle Activists Remembered Celebrated and Honored (Seattle A.R.C.H.). They want to memorialize the actions of the past to “show future activists that civic engagement can produce big results.”

Though there are detractors who think the removal of the Ramps to Nowhere should be taken as an opportunity to restore the area to its natural state, the memorial idea has gained support from some parks advocates.

Iain Robertson is a University of Washington landscape architecture professor and member of the park’s advisory Arboretum and Botanical Garden Committee. He thinks the memorial could actually enhance the park.

“Arboretum is a very large piece of land and many people find it difficult to orient themselves. The arch could serve as wayfinding and allows an opportunity to frame views to the north,” he explains.

Beyond that, Robertson thinks ruins add depth to the landscape. “As cities grow and develop they acquire layers of meaning. Seattle’s still a relatively young city. This is a layer that adds richness to the Arboretum.”

The resolution’s passage at City Hall doesn’t guarantee the columns and beam will be saved. It simply states the city council’s intent to pay for an engineering study of the pier’s structural integrity and their intent to take ownership of the pier from the state DOT. But, it’s still a significant step toward saving a piece of bridge that once signaled the coming destruction of a park.