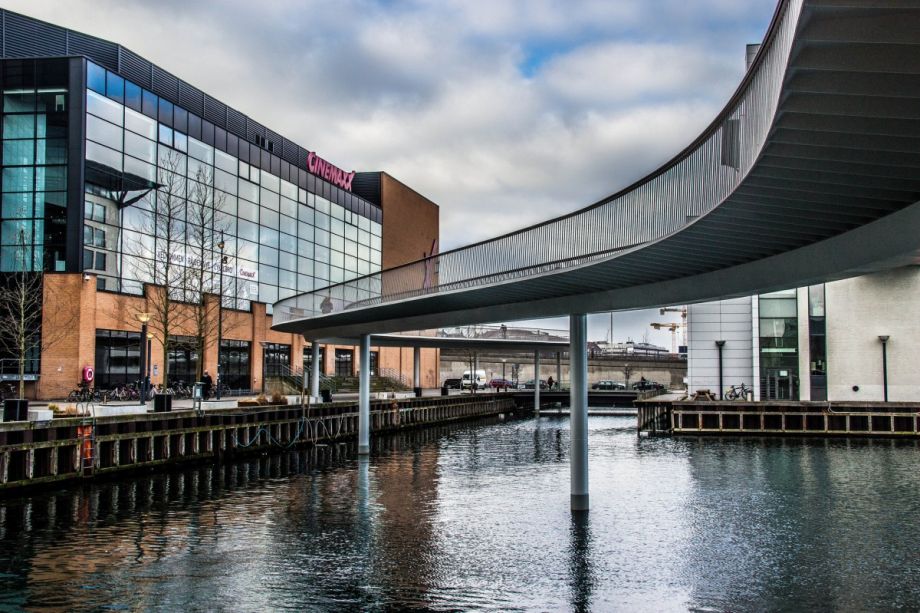 Copenhagen's Cykelslangen, or “Cycle Snake,” carries cyclists over the harbor. (Photo by Susanne Nilsson via Flickr)

Melbourne is the latest city to consider constructing an elevated bicycle superhighway, which would separate cyclists from motorists in the central business district by building out a network of bike corridors in the sky, reports The Age. The estimated $100 million plan was floated in a report by Infrastructure Victoria, an agency that advises the state government on infrastructure investments.

The report — titled “All Things Considered” because it puts forward over 200 ideas for how to address Victoria’s infrastructure needs — predicts that the grade-separated bike lanes could alleviate some traffic congestion, reduce cyclist-motorist conflicts and create more space for public transportation. “The provision of bicycle highways, especially if they are physically or grade separated, is likely to encourage new cycling trips by cyclists of varying ability and reduce the risk of injuries and fatalities related to crashes,” the report states.

The idea is also being considered as part of Plan Melbourne, a strategy under development by the state government. As cycling plays a major role in transporting people to their central business district jobs, that plan posits that “strategic cycling corridors will provide separated priority routes into and around the central city that support high volumes of cyclists of all abilities.”

The $100 million cost assessment cited by The Age comes from a 2014 proposal for a 1.7-kilometer (1.06-mile) raised bike path that would have spanned six major intersections from Princes Bridge to Southern Cross Station in Melbourne. Infrastructure Victoria said at the time that that plan would not contribute significantly to the state’s overall transport needs. The suggestion included in “All Things Considered” does not specify where cycle highways would be built, or how long they would be. A spokesperson for Victoria’s roads minister also seemed to dismiss the idea.

Melbourne isn’t the first city to consider elevated bike highways. Copenhagen opened its own short section of bike skyway — called the Cykelslangen or “Cycle Snake” — in 2014. That route, one story in the air, is designed to mitigate conflicts between pedestrians and cyclists. Several cycle superhighways also connect outer London to the center of the city, and more are planned, though they are primarily at street level.

While there is broad support for protected bike lanes, some have criticized the skyway approach as creating highways for bicycles, cutting off cyclists from urban amenities and reducing the number of people on the street, much like freeways do for cars. Carlton Reid, writing for Bike Biz, called the Melbourne plan expensive and impractical. “Motorists and bus passengers would be able to access shops and bars,” he wrote. “Cyclists will be up there in the sky.”