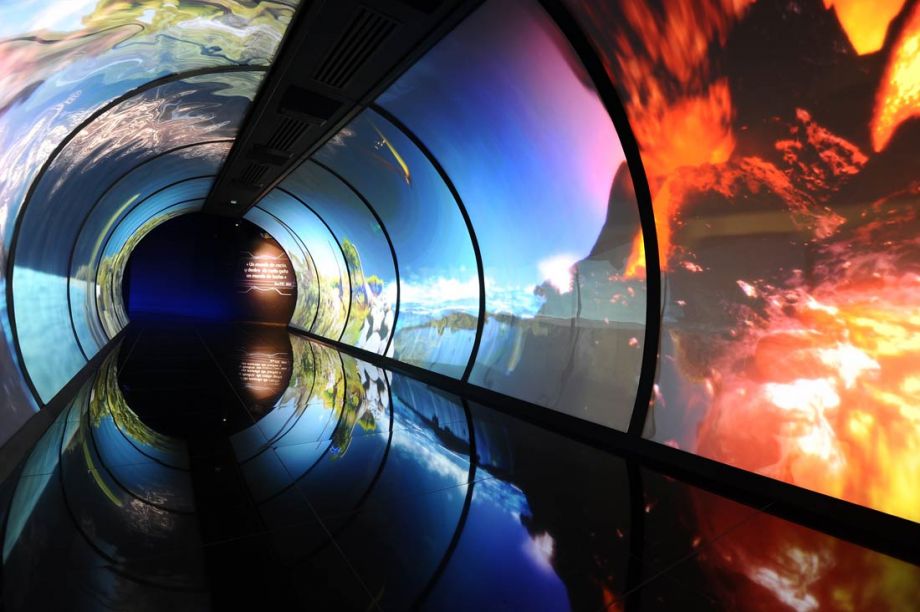 At the heart of any city’s long-term plans to overcome environmental and social ills is education. It can safeguard investment in resilience efforts and ensure that future generations don’t make the mistakes of their predecessors. Through its interactive Water Museum, Medellín has sought to do just that, with a message of preservation that it will soon be taking to the city’s most impoverished outskirts and beyond.

Established in March 2012, El Museo del Agua is a $6 million project that takes visitors along a narrative journey about the science behind the water cycle and man’s historical interaction with it. Delivered through an array of visual, audio and tactile presentations, the museum highlights how technology over the centuries has developed to harness the water supply, how man’s activities are placing it in peril and the role of water as a renewable energy source.

While the museum ostensibly looks at such themes on a global scale, it also dedicates a significant section to exploring the distinct ecosystems that make up Colombia. At the center of it all is a message of environmental preservation and protection designed to give visitors a sense of ownership and responsibility that will affect how they use water in Medellín.

“Many boys and girls, as well as adults, when asked where the water comes from, say, ‘the tap,’” says María Pilar Restrepo, executive director of Empresas Públicas de Medellín (Public Companies of Medellín – EPM), the utility company that runs the museum. “So the museum raises awareness that water comes from the watershed… and we have to protect all the streams and the whole course of the river.”

Decked out with touch screens, holograms, interactive electronic books, dynamic activities and real-life objects – often as part of life-sized displays – the museum is clearly aimed at children and younger learners and has been developed with the input of local teachers in order to be relevant to the curriculum such visitors encounter at school.

“Sometimes with museums, schools have certain expectations and the museum itself has different expectations, so there’s a need to find strategies to involve teachers in the development of the museum,” says Andrés Ceballos, the museum’s education coordinator, explaining how a Red de Maestros (Teachers’ Network) was established at the end of 2013 to facilitate interaction between the museum and local education professionals. “If the teachers are involved in the museum, there’s not so much difference in those expectations.”

The museum also emphasizes inclusivity, offering free entry to poorer residents. In Colombia neighborhoods are designated by “stratum,” largely based on the affluence of the area, with public services and utilities charged at different rates accordingly. Medellín has six stratums, with the sixth representing the most affluent, and the Water Museum offers free entry to anyone living in the first three stratums who can show a recently paid utility bill.

“We provide this subsidy through an agreement with the Medellín Mayor’s Office to allow this sector of our community, which has less access to resources, to enjoy the benefits of the facility,” explains María Pilar Restrepo.

According to Jorge Ángel, EPM’s Director of Environment and Public Services, approximately 80 percent of the museum’s more than 170,000 visitors to date have entered for free as part of the subsidy scheme, suggesting it has been a highly effective method for promoting access to less affluent citizens.

As well as guaranteeing access to all of the city’s residents, there are also plans in motion to take the ideas being promoted to the most impoverished outlying districts of the city – where transport problems and inaccessibility often leave residents cut off from the downtown area – through a mobile museum in a bus.

Set to go into service in July 2014, the bus will take selected displays and activities from the museum up into those communities, offering free access to residents and children who might otherwise have no other opportunity to engage. The bus will also service the city’s surrounding municipalities and satellite cities, and there are plans to expand it further around the department of Antioquia – of which Medellín is the capital – and throughout the region.

Such a scheme is being planned alongside a variety of other community- and school-based programs, so that the global need to protect and preserve water is firmly rooted in the community.

“We are promoting the idea that water is not just a small local problem, it is indispensable,” says Jorge Ángel. “So what we do to the river affects the water not just here; it affects the ocean, it affects the atmosphere.”

It’s a message which will soon be heard by many more in and around Medellín.