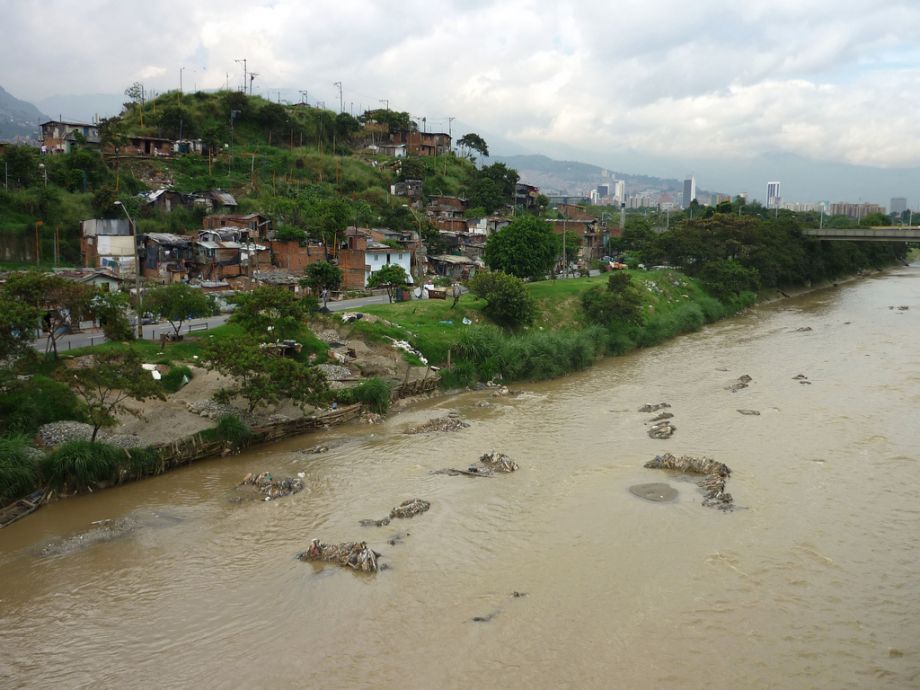 Contrary to the expectations of many first-time visitors, Colombia’s major cities all enjoy clean, drinkable water, and Medellín is no exception. But as its population grows and the city’s area expands, new demand is putting pressure on the watersheds that supply the city. So, on October 24, Medellín became the latest city to adopt a pioneering new system of capital redistribution designed to guarantee the long-term future and quality of its water supply.

The Medellín and Aburrá Valley Water Fund, also known as the Cuenca Verde (Green Watershed), is a $23 million partnership between public and private entities designed to restore and conserve the ecosystems around the city’s water sources. A result of two years of planning, the fund brings together a range of public entities, including the Área Metropolitana of the Aburrá Valley, a political entity connecting Medellín to its satellite municipalities, and EPM, the city’s public utility service provider, in partnership with major corporations such as Coca-Cola and Postobon, and is backed by the Inter-American Development Bank and U.S.-based environmental NGO The Nature Conservancy.

According to Adam Freed, Director of The Nature Conservancy’s Secure Water Strategy, water funds such as this one are designed to channel capital from densely populated consumption areas into upstream communities, where funding for conservation schemes might otherwise be scarce. Such schemes “bring together downstream water users and upstream communities, creating a communal vision for how to spend that money, and a governance structure to monitor it,” he says.

The money can be utilized in a variety of ways, including restoring ecosystems, promoting alternative farming methods to ease pressure on the watershed and supporting utility services such as water treatment plants. “We really see this as a powerful tool to secure water supplies and provide for communities that are upstream,” says Freed. The Nature Conservancy’s goal is to add 19 more water funds by 2015 to the 13 now operating in Latin America.

The 3.5 million people of the Aburrá Valley – which is home to Medellín and its nine satellite cities – receive more than 90 percent of their water supply from two river basins: Riogrande II to the north and La Fe to the south. And even though individual consumption rates have fallen slightly, overall consumption in the Valley is rising. Earlier this year, Medellín’s comptroller reported that, despite household consumption dropping slightly from 446 liters per day in 2011 to 445 liters in 2012, the city’s annual consumption rose 1.6 percent to 128 million cubic meters, due to population increase.

According to a report from the Área Metropolitana, the Aburrá Valley’s population is expected to grow by almost 10 percent by 2020. While educating people about water efficiency is key to accommodating this growth, another important element is mitigating environmental pressures placed on the water supply at its origin and along its transit – exactly what the water fund aims to do.

According to Área Metropolitana Sub-Director for Environment Gloria Alzate, those pressures are numerous, including deforestation, agrochemical use, ranching and urbanization. “The idea is that we handle these pressures and develop the region in a sustainable manner with the aid and understanding of all of the entities involved,” says Alzate.

As part of the Medellín water fund, 23,000 hectares of land have been identified as priority conservation areas, with specific programs including reforestation, ecosystem restoration, management and conservation of water resources and biodiversity, and protection of moors and native Andean woodland.

As Alzate underlines, the significance of the water fund is its facilitation of “regional equality,” whereby the authorities of the Aburrá Valley are able to channel funding to regions beyond their regular jurisdiction, but which hold great significance to the valley’s continued prosperity. “We benefit from the ecosystems outside our territory and this project allows us to direct our money to those regions,” she explains. In other words, water flows across borders, so funding to protect it should, too.

The risks of failing to do so are palpable. An EPM report on the Medellín water fund released prior to its inauguration dedicates an entire section to the dangers associated with contaminated water supplies, including a 1996 case in Brazil in which patients at a medical facility were killed by impure water, as well as examples from Europe and elsewhere of catastrophic results from contamination.

For EPM’s Sub-Director of Environment Olga Velez, the fund is an essential tool to meeting the needs of disparate elements of the region’s community. “Long-term water quality is extremely important because the water basin has many actors; industrial, domestic, urban and rural,” she says.

According to Velez, it is this breadth of benefits that makes the fund so viable. “It is a project based upon ongoing sustainable conservation and development, and for that reason it has attracted the support of so many entities, both public and private,” she says. For Velez, the water fund is intended as a long-term solution, despite that funding has only been secured for the next five years.

“This is a project for the future, to guarantee the future quality of our water and to create sustainable development around that water supply, not just for us, but for our future generations.”