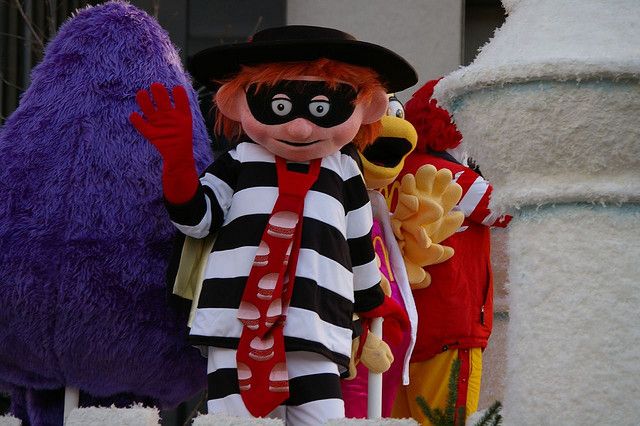 McDonald’s, purveyor of caloric bombs such as the Big Mac, has partnered with Visa to help its low-wage workers, who make an average of $8.25 an hour, budget their earnings. The website, which is not some big practical joke, shows how it is nearly impossible to survive on minimum wage.

The sample budget accounts for rent, health insurance (you’ll have to get that yourself!), car payment, car insurance and all the other costs that go into everyday life. The big suggestion? Shut off your heat and get a second job. Also, don’t eat. Food isn’t included in the budget, though there is a category for daily expenses ($27/day) which could ostensibly cover that teeny issue of sustenance.

This just goes to show that minimum wage isn’t what it used to be, and why it’s not out of a city’s reach to impose stricter living wage regulations on big-box stores. (Bloomberg News reported last year that the average McDonald’s employee would have to work 1 million hours to make as much as the CEO.)

Most recently, Walmart has threatened to leave Washington, D.C. if Mayor Vincent Gray signs the Large Retailer Accountability Act, which requires non-union big-box stores in spaces 75,000 square feet or more to pay employees no less than $12.50 an hour. It’s called a “super minimum wage,” though I see nothing super about it. It seems fair.

Free market enthusiasts and conservatives like to call minimum wage hikes a job killer. But a 2011 study from the Center for Economic and Policy Research (CEPR) found that city-specific minimum wages not only raised the earnings of low-income workers, but also had no negative impact on employment levels.

So that gets us back to McDonald’s. While its budget website may be nobly intended, it just shows how damn near impossible it is to survive, let alone support a family, on minimum wage.

Update: McDonald’s has changed the sample budget to include $50 for heat.