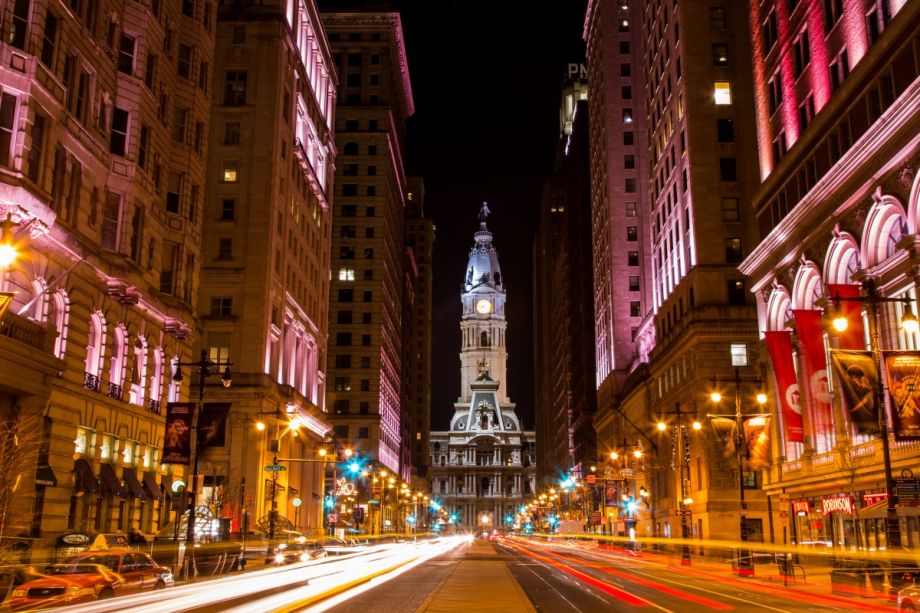 Mayoral candidates gathered last Thursday in Philadelphia to discuss an increasingly multimodal city. This is the first election in which those vying for the executive seat have felt compelled to stake out positions on such issues, and everyone running (one sent a surrogate) showed up. Increasingly vocal urbanist political groups have placed non-car transport squarely on the next mayor’s agenda in the Pennsylvania city.

“There’s a very large contrast between the two elections,” says Sarah Clark Stuart, deputy director of the Bicycle Coalition of Greater Philadelphia. “In 2007, transportation issues were not widely discussed as they are in this election cycle. There are just so many more people who are interested in bicycling and walking and making streets safer and issues like Vision Zero than there were eight years ago.”

The Sweden-originated Vision Zero approach to eliminating traffic deaths has spread far beyond early U.S. adopters New York and San Francisco. Seattle is the most recent big city to adopt such a goal.

All of the participants at the forum embraced Vision Zero. (Republican Melissa Murray Bailey went out of her way to note that she works for a Swedish company.) Candidate Anthony Williams’ representative, policy director Omar Woodard, promised “an interagency task force that will create an action plan that will reduce traffic-related mobility fatalities by half by 2020.” That’s the same target the Bicycle Coalition is pushing. (He also noted, correctly, that most pedestrian deaths occur in low-income neighborhoods.) No other candidate committed to such a concrete date, but all endorsed the concept.

Unfortunately, the panel moderator’s search for more specifics came up empty-handed. Former councilman Jim Kenney was the only one with anything to say about signal prioritization for city buses — he’s for it. Candidates Doug Oliver and Lynne Abraham clearly did not understand protected bike lanes. (Abraham, a former D.A., said she could not support a proposed protected bike lane on the exceedingly wide and busy JFK Boulevard because many elderly people lived there who “could be injured or even killed by a speeding bicyclist.”)

Abraham’s website offers no insight into her transportation goals. Williams issued a press release embracing Vision Zero, while Doug Oliver has told Plan Philly that his meeting with the Bicycle Coalition revolutionized his outlook on these issues. (“I think I was probably their worst enemy going in but I might be their best friend coming out.”) Kenney also counts himself among the converted. His campaign site is the only one that specifically names Vision Zero as a policy priority and one of the only ones, along with Nelson Diaz, to include an entry on transit: Kenney wants to extend a subway line, aid in the restructuring of the transit concourses below Center City and build bus shelters in neighborhoods.

Kenney’s presence and support of Vision Zero, protected bike lanes, and signal prioritization for city buses and (presumably) trolleys is probably the most telling. The Democrat sat as an at-large member of council for 23 years, and the crowd at the Better Mobility 2015 forum wouldn’t consider his record to be spotless on their issues. He voted yes on a 2012 law that took the power to create bike lanes from the mayor and gave it to city council. The move ensured implementation wouldn’t be part of a central plan but instead be dependent upon the whims of entrenched district politicians. When asked about the bill, Kenney stumbled through an excuse about Mayor Michael Nutter’s poor relations with City Council — but his opening remarks were revealing of the changing conversation around multimodal transit in the city.

“When the bicycle movement first began taking off I would consider myself Paul of Tarsus. I was not exactly a fan,” said Kenney. “I was one of those lifelong Philadelphians who resisted change. Over time I learned what it was about, these changes are very important to our city. It means that all these young people who don’t want to be married to an automobile and a parking space, will come and live in Philadelphia. When people complain to me about bike lanes now I say relax, the sidewalks and streets belong to everyone.”

Similar shifts have already occurred in other big cities. Many candidates in 2013’s New York City mayoral election railed against the transportation policies of Michael Bloomberg, who was strongly associated with elite-biased policy preferences. Progressive Democrat John Liu said he would likely close bike lanes in Queens and Brooklyn, while Anthony Weiner told Bloomberg the first thing he would do in office was “tear out your fucking bike lanes.” Even Bill de Blasio expressed reservations. But as the campaign wore on, the rhetoric changed as multimodal advocacy groups pushed their messaging forcefully. Today de Blasio is the nation’s leading advocate of Vision Zero and ordered- the construction of a few protected bike lanes of his own.

In Los Angeles, multimodal transportation has been on the rise as well. The city’s proclivity toward traffic jams had made residents especially keen for non-car alternatives. In addition to adopting Vision Zero and expanding bike lanes it is also one of the only big cities in the nation that is aggressively expanding its public transit infrastructure. In Chicago, Mayor Rahm Emanuel campaigned in 2009 on expanding bike infrastructure. Four years later Chicago has 100 new miles of protected bike lanes. Now Jesus “Chuy” Garcia is attempting to overthrow Emanuel, but he is not defining himself against the incumbent’s record on multimodal transit. Instead he is endorsing more protected bike lanes, where the community calls for them, and increased local funding for mass transit.

In Philadelphia, that bill stripping the mayor’s power over bike lanes passed unanimously. But last week’s mobility forum proves there is an active constituency around these issues and there is no better way to ensure a politician’s responsiveness than organized member-based groups capable of carrying out concerted pressure campaigns. It seems Philly’s next mayor will be well aware of that.