Mayors Get It: Parks Are Problem-Solvers – Next City

Mayors Get It: Parks Are Problem-Solvers 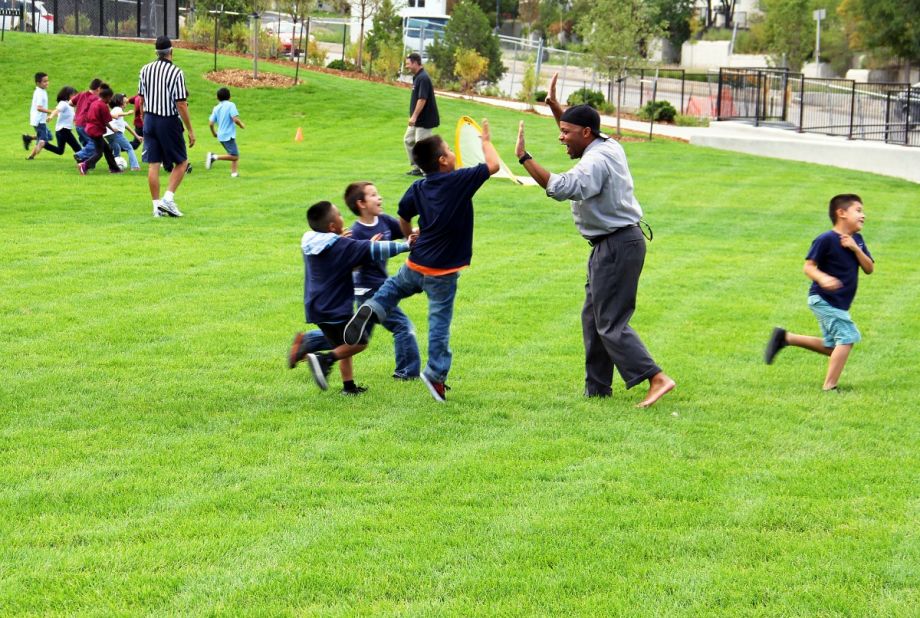 “Creating and maintaining a strong system of parks and open recreational spaces is key to standing out above the rest,” says Denver Mayor Michael B. Hancock, pictured above enjoying one of his city’s parks.

Ask Fort Worth Mayor Betsey Price about parks, and she’ll tell it to you straight: “Great cities all have strong parks. If you look at some of our European model cities, it you look at some of our Asian cities, they all have strong parks,” she says. “In the end, for cities to be very vibrant and very strong, citizens have to be engaged. They have to know each other. They have to know a little bit about their city. They have to know their elected officials. There’s no better place to do that than get people out in a green space, on a trail, along the river, wherever it might be.”

Last December, Price teamed up with Denver Mayor Michael B. Hancock and the City Parks Alliance to raise awareness about the necessity of strong urban park systems.

“As we compete to keep our cities and our country competitive in the rapidly changing global economy, we must make our cities more livable to support diverse populations and highly skilled workforces,” Hancock says. “Creating and maintaining a strong system of parks and open recreational spaces is key to standing out above the rest.”

Hancock notes that parks can help city-dwellers stay healthy, and serve as a means to close the gap in health disparities.

“It is no coincidence that the areas of [Denver] with the least amount of park acreage per capita also have the highest rates of childhood obesity and other health-related issues. We are actively working to create more equity when it comes to available open space in these neighborhoods,” says Hancock. “In addition to more parks and open space, we’ve also placed outdoor fitness equipment in a number of our parks in underserved parts of the city as a way to encourage folks to make healthy choices and stay active.”

According to a 2012 National Center for Chronic Disease Prevention and Health Promotion report, 30 percent of “physically active” American adults take to parks for exercise. Wellness advocates are harnessing the potential of aligning fitness initiatives with city parks. In Chattanooga, an app called Playorities pushes kids to get 45 minutes in a local park per day, allowing pediatricians to issue “park-scripts” and select programs for their young patients in a matter of thumb taps. Price says parks are key to Fort Worth’s fight to bring down its 30 percent obesity rate and create more blue zones, communities stacked with amenities to promote longer and healthier life spans.

The greening of vacant lots, researchers find, can raise the property values of adjacent buildings and even in some cases, reduce crime too. Price emphasizes that parks are tools cities can use “to reshape themselves.” She says, “To draw people back in to the inner cities, to help with congestion issues, to help with our revitalization, we simply have to have more green space.”

Price sees millennials changing the way parks are used. As more young people prefer living in dense urban cores, it has brought new life to the parks along the Fort Worth’s waterfront.

Hancock looks to the famed, 14,000-acre mountain park system that the city maintains. “Denver city leaders have been leveraging our park system to make the city more competitive for more than a century. Today, the Denver Mountain Park system sets us apart from nearly every other city in the nation with boundless opportunities for recreation and healthy activities outside of our city limits,” he says, also noting the city’s aim to improve parks within city limits through a Downtown Parks Master Plan.

Both mayors also support permanent funding of the Land and Water Conservation Fund (LWCF), an incredibly important parks program that could sunset next year. With a tradition of bipartisan support for the LWCF — Hancock is a Democrat and Price is a Republican — they chair the Mayors for Parks Coalition, which now includes 35 mayors representing cities across the country who support reauthorization of LWCF.

Price says now is not the time to dilly-dally on whether urban parks are worth supporting.

“People have to begin to focus back on their representatives and their senators on getting the job on this. If we let our parks deteriorate, we’re going to look up one day and we’re going to go, ‘Oh my gosh, now we’re billions in repairs that are needed when we should’ve been addressing this issue all along,’” she says. “A whole lot of these urban kids are not going to have learned to enjoy the outdoors, to enjoy nature and the history that is America’s parks.”