Mayoral Group Predicts How U.S. Metros Will Grow in People, Jobs – Next City 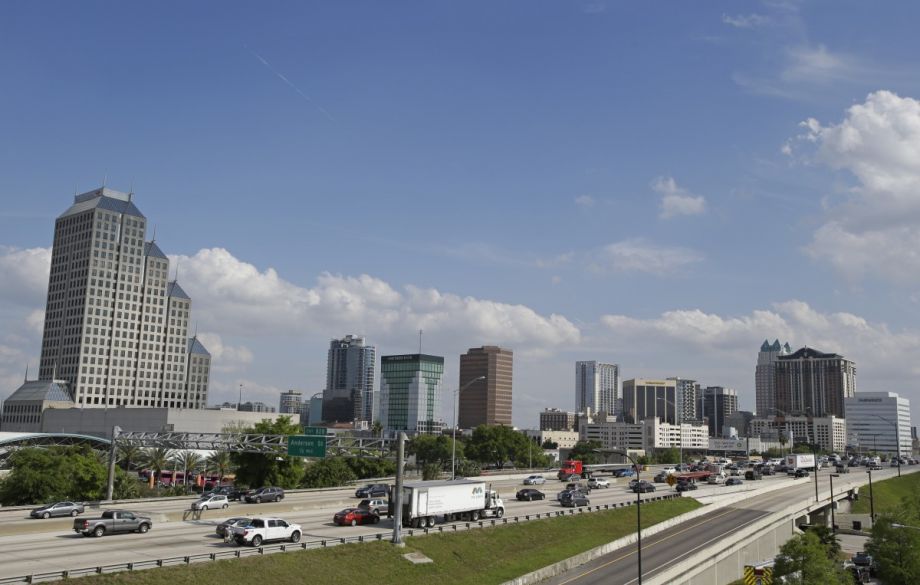 The Orlando area is projected to be one of the leading centers of employment growth. (AP Photo/John Raoux, File)

U.S. job growth this year will be led by Sun Belt metros — but many of their cousins in the chillier Northeast and Midwest will continue to see declines. That’s the “prognosis” of a new report prepared for the U.S. Conference of Mayors, the Council on Metro Economies and the New American City. The findings delve into data from between 2009 and 2016 (occasionally reaching back to figures from the ’90s) to measure cities’ employment growth since the Great Recession — and make predictions about their economic futures.

The paper’s first takeaway is obvious to anyone skimming headlines on Facebook these days: Cities are driving the economy. That doesn’t necessarily mean BIG cities (St. George, Utah, has experienced record growth since 2010 – see below), but in 2016, as in 2015, metros “generated more than 95 [percent] of the net new jobs in the U.S.”

According to the report:

But economic growth — though trending upward — has been deeply uneven, according to the paper.

Twenty-three metros have employment levels below that of 1990, with seven of them (Flint, Binghamton, Dayton, Weirton- Steubenville, Mansfield, Pine Bluff, and Danville) falling more than 10 [percent], behind 1990 levels. Eighteen of these metros are in the ‘Rust Belt’ area stretching from upstate New York to Illinois, where manufacturing was once the dominant and thriving, industry. The others are in southern New Jersey, North Carolina, Alabama, or Arkansas. One half of these metros were still losing jobs over the past 5 years, as the nation recovered from the recession.

Going forward, researchers believe they’ll see many of the same trends that have informed those numbers (and dominated the 2016 election news cycle). The writers mention interstate migration from Northern to Sun Belt states, which Next City has covered in more detail here. And, of course, there’s the grinding slowdown of manufacturing.

So growth prospects, naturally, are more favorable to a number of cities in the South. In 2017, job growth is expected to be led by the Orlando, Dallas and Denver areas, among large metros. For the rest of the decade, median metro job growth is expected to be around 1 percent annually, with Las Vegas, Orlando and Austin in the lead (again, among the large metros). According to the paper: “Thirty-two metros will see growth in excess of 2 [percent], though none in the Northeast or Midwest.” 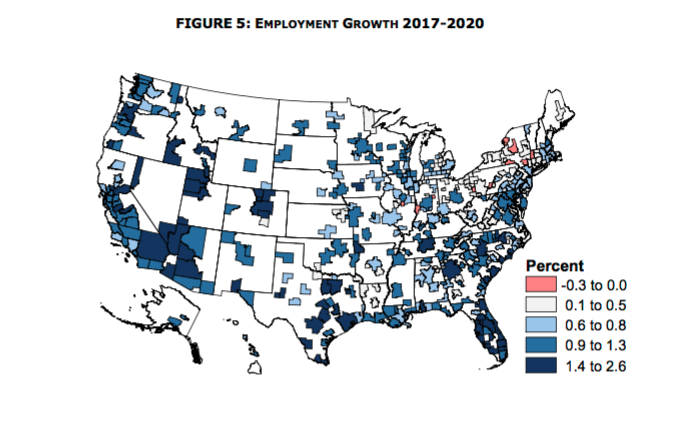 And things also don’t look too bright for some of the metros that have continued in recession-mode.