Mayors’ Greatest Resource to Combat Climate Change May Be Each Other 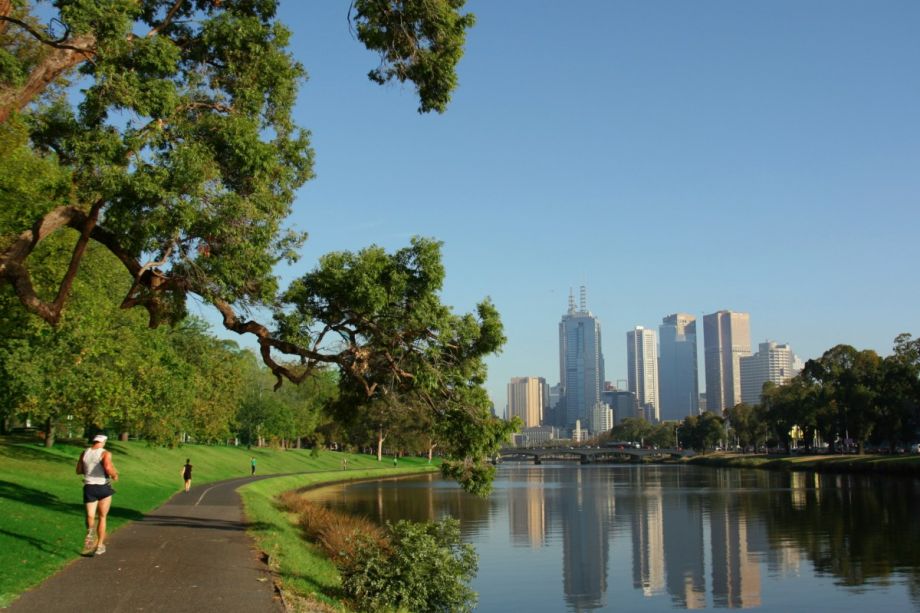 City leaders from Melbourne, Australia (above) to Shimla, India, have expressed frustration at what they see as national governments’ failure to take action regarding climate change. (Photo by Ari Bakker)

Under a veil of diplomacy, some city politicians at the COP21 climate change talks are clearly frustrated by climate change actions, or the lack of them, carried out at the national level.

“I don’t want to disrespect our national government,” said Arron Wood, who chairs Melbourne, Australia’s environment portfolio, at a conference event today. “But we are the only nation in the world to have removed a working carbon price.”

Later in the same session, Tikender Singh Panwar, deputy mayor of Shimla, India, complained that in COP21-related discussions by the country’s Modi government, “not a word about city government has been mentioned [when] now people are not just watching national heads, they are watching all of us.”

To cities with relatively limited leverage to enact change, this frustration is understandable. The overall impression at COP21, however, is of cities finding a newly confident, constructive voice on climate change and stronger, more integrated networks to talk to each other, independent of their national governments.

Green city networks such as C40 Cities and the EU-based Covenant of Mayors have had an impressive presence at the conference. And on Friday, the Compact of Mayors released a report detailing the powerful effect it has had since launching in 2014, helping cities to overcome a lack of opportunity for mutual monitoring, sharing and comparison on a truly global scale.

Boasting 428 member cities with a collective population of more than 340 million, the Compact of Mayors allows cities to share expertise and guidance. Far more than a knowledge-pooling network, it’s also an accreditation institution that recognizes best practice and provides cities with a framework to create an effective climate change action and adaptation plan.

To gain accreditation, cities must engage in a four-step process that takes place over three years. First, mayors must register commitment. By the end of year one, they must take an inventory of their city’s greenhouse gas emissions broken down by sector and identify climate hazards their community faces. Within two years, the city has to update this greenhouse gas inventory to include emissions from its own waste sector and conduct a climate change vulnerability assessment. The city then sets targets for emissions reduction. Finally, within three years, the city must deliver an action plan detailing exactly how it will meet its targets.

A series of dedicated tools make this process easier and more rigorously monitored. One is a climate registry that enables local governments to self-report emissions. Another is Clearpath, a tool local governments can use to calculate carbon footprints that the Compact of Mayors has made free until 2018.

The efforts seem to be paying off: Of the 428 cities that have committed to the compact so far, 43 have now been recognized as fully compliant, having delivered on the targets they set out in their action plans.

Such results are encouraging, and show what committed cities can deliver when working in collaboration. But while many cities are more organized and committed than ever, they face a key limitation as central actors in the fight for climate change resilience: money. It’s not merely that cities lack the credit-worthiness of nation states (an issue which cities can overcome in several ways). It’s that the investment needed for climate resilience is on a scale so grand that public funding alone can never be enough. That’s why many speakers at COP21 side events are encouraging cities to focus their efforts on unlocking private capital.

During one session, Daniel Esty, an environmental law and policy professor at Yale, suggested that, just as city monitoring had reached a valuable level of standardization through initiatives such as the Compact of Mayors, so cities themselves needed to reach a similar level of standardization with private partners. “Where there is a flow of money to be tapped, private capital will get involved,” Esty says. “What is key is the de-risking of opportunities for them. We need to make the flow of money into these areas normal.”

Suggestions like this exemplify the tenor of many discussions at COP21. Parties are not just more committed to taking action to manage climate change; they are also thinking hard about the institutions and mechanisms that will make these actions as effective possible.

Feargus O’Sullivan is a London-based writer on cities. He contributes regularly to Next City, CityLab and The Guardian.