Mayors Believe Tax Incentives Are Overused — By Other Mayors – Next City

Mayors Believe Tax Incentives Are Overused — By Other Mayors 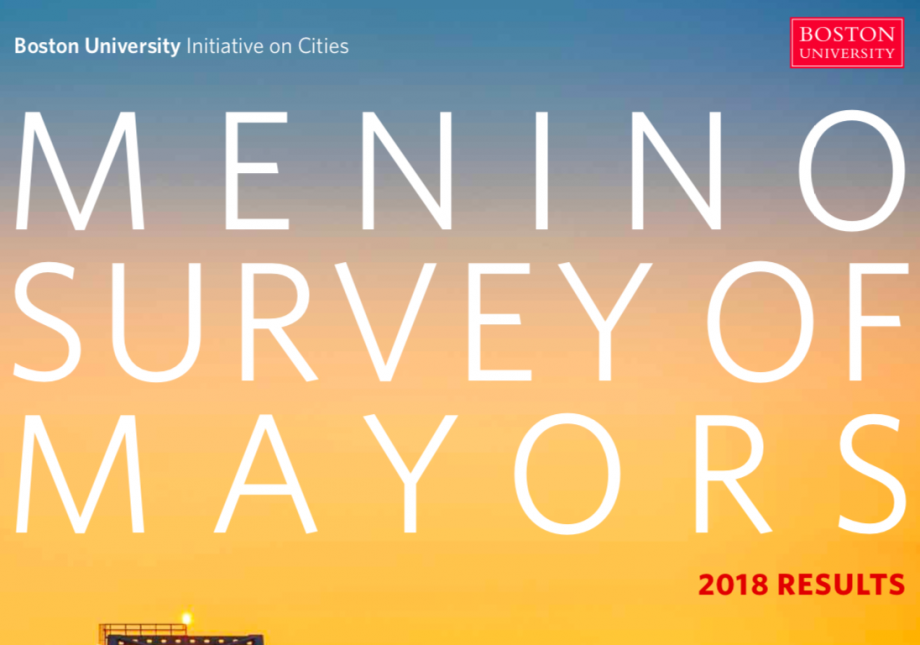 Mayors think that economic development incentives are good policy, but most agree that other cities offer too many incentives, according to Boston University’s 2018 Menino Survey of Mayors.

The survey, funded by Citi Community Development and The Rockefeller Foundation, interviewed 110 mayors over the summer of 2018, found that most mayors (84 percent) said tax breaks and financial incentives are good for the city, even as more than half of those mayors believed that constituents don’t like them. One Midwestern mayor said, “No one is thrilled about tax breaks [to corporations], but we would do almost anything to get jobs for the city.” (Editor’s Note: Citi Community Development also provides funding to Next City.)

A similar question asked mayors whether cities that win the competition to recruit businesses such as Amazon’s HQ2 see clear net benefits, and 55 percent agreed. Less than a quarter (23 percent) disagreed; the remaining 22 percent were undecided.

Even though most mayors agreed that tax incentives are a net positive, even in large competitions, they also agreed that other cities overuse these tools. A full 61 percent agreed with that statement (including 15 percent that “strongly agreed”). “Some cities would give away their firstborn,” one anonymous mayor said.

Mayors also said the Amazon HQ2 competition was “abnormally” focused on tax incentives (admittedly, the survey was conducted in summer 2018, before Amazon announced its HQ2 decision), even as they said that in general, when they recruit companies, they tend to focus on workforce skills and quality of life before turning to incentives.

Three mayors on a panel at the National Press Club in Washington, D.C. elaborated on the findings. Austin, Texas, Mayor Steve Adler said incentives weren’t inherently bad, but that “cities are paying more than they should for the benefit they’re getting.” Gary, Indiana, Mayor Karen Freeman-Wilson argued that she wouldn’t participate in direct incentive arms races between neighboring cities (although the city hasn’t been shy about offering tax breaks in general), and Dayton Mayor Nan Whaley said her city couldn’t afford to go without tax incentives. “If you don’t have them, you’re not even in the mix,” she said.

The survey didn’t only focus on tax incentives. Mayors were also asked about barriers to economic mobility: Democrats and Republicans alike agreed that high housing costs are a significant social barrier in their towns. That was the only barrier they agreed on, though: Democratic mayors were far more likely to also cite insufficient living-wage jobs as an obstacle, while Republican mayors were 17 percentage points more likely to believe there are no obstacles to social mobility in their cities. However, a plurality of mayors disagreed that cities should have strong living-wage ordinances if it resulted in a net loss of jobs. Notably, not a single Republican mayor wanted this trade-off, said Katherine Lusk, executive director of the Boston University Initiative on Cities, introducing the panel.

Similarly, most mayors said they needed to push for only modest increases in housing, with half of the mayors surveyed saying their housing stock needed to increase by 0-10 percent. Only 15 percent said there was a more than 30% increase needed over the next ten years, although in more expensive cities, this number was slightly higher (18 percent). The question asked how many units the city needed, not what was politically or economically feasible, so it’s somewhat unusual that most mayors were thinking in such modest terms.

And only 20 percent of mayors agreed with the statement that it “would be better if housing prices declined,” while 60 percent disagreed, the report said.