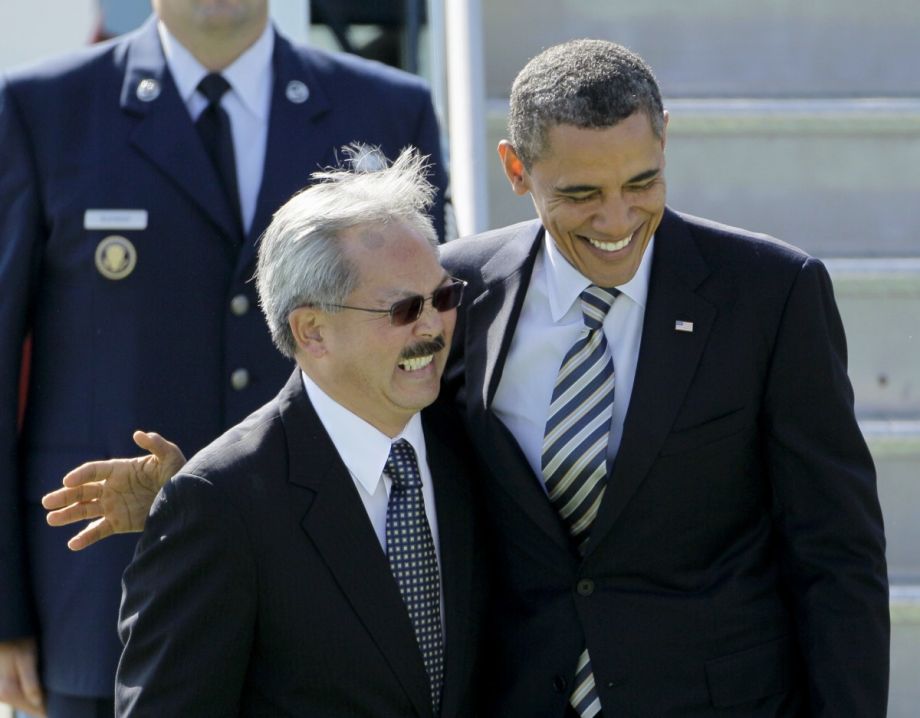 When I read the news of San Francisco Mayor Ed Lee’s sudden death Tuesday morning — laying in bed, scrolling through Twitter as is my (very healthy) habit — I felt a sudden and deflating stab of something (grief, maybe, or resignation?) that surprised me.

Lee, after all, wasn’t my mayor. I live in a distant suburb of San Francisco that, like many Bay Area suburbs, orbits the city on its own fixed trajectory, influenced by S.F. but politically and culturally distinct. Thanks to soaring housing costs, I keep being forced farther north and west, farther from the city and its gravitational pull. I agreed with some of Lee’s policies. I disagreed with others. Regardless, I was an outsider. I can’t afford to be an insider.

I found myself weighing those policies all morning, sifting through them to determine why each new tweet about his passing seemed to fall through my timeline with a lead-heavy thud. Lee became mayor in 2011 when Gavin Newsom left to become lieutenant governor of California; he was re-elected in 2015. He was San Francisco’s first Asian-American mayor, a long overdue victory in a city where that demographic makes up nearly 40 percent of the population. And he came to the office with a background that echoed that of pre-presidential Barack Obama. He’d been a civil rights lawyer. As CityLab detailed Tuesday, he’d worked with the Asian Law Caucus on housing and tenants’ rights issues and organized a rent strike in 1978. After his swearing-in ceremony, he referenced his “anti-establishment” past and concluded: “But today, like you, I’m trying to make the establishment work for all San Franciscans.”

In his first year, Lee signed off on the controversial Central Market Street and Tenderloin Area Payroll Expense Tax Exclusion program, luring Twitter into the historically high-poverty area with the promise of a hefty tax break. Uber, Airbnb, Pinterest and Dropbox followed, and soon, San Francisco was a global tech hub.

That boom triggered a similar explosion in housing prices, however, and residents — even distant suburban residents, like myself — are still navigating the fallout. Between 2012 and 2017, the median house sale price (in May, when prices generally peak) doubled to a whopping $1.5 million, according to the Paragon Real Estate Group. Rent skyrocketed too. In July, The Mercury News reported that S.F. was the costliest city in the U.S. for renters, with a one-bedroom typically going for around $3,240, up from roughly $1,500 in 2010.

Lee took the crisis very seriously. He supported a housing trust fund and set an ambitious goal of building or rehabilitating 30,000 homes by 2020. He overhauled the city’s public housing authority and vastly improved its supply of public housing. He attempted to jumpstart a lagging permitting process. His policies “ultimately helped the city produce more homes than it has in decades,” the San Francisco Chronicle recently noted.

The mayor was also a champion of environmental policy that, while not surprising for San Francisco, came into sharp relief after President Donald Trump took office and pulled out of the Paris climate agreement. That was the aspect of his tenure that most appealed to me — his participation in the mayors’ pact to resist that federal change, his commitment to renewable energy (with a goal of 50 percent by 2020), his agreement with other West Coast mayors to pool their buying power for electric vehicles, theoretically creating market demand and lowering costs. For me, the mother of a 5-year-old, a person who watched my Northern California city burn in unprecedented wildfires earlier this year, his basic acknowledgment of climate change as an urgent, existential threat served as an anchor in 2017 against a sea of alternative facts.

Still, his tech-favoritism clouded his image as a progressive leader and, in some ways, undermined both his housing and environmental policies. Those tax breaks he approved in 2011 were, after all, revenue diverted from the city budget. Their corporate recipients promised community benefits packages in exchange (funding for homeless family services from Twitter, for example), but those promises haven’t always been enforced. In 2016, he vetoed a measure that would have cracked down on Airbnb — a move that was widely criticized for further limiting the city’s already constrained rental supply. And as housing costs soared, people moved out of the city — away, even, from its immediate suburbs. “Super-commuter” became a term in the local lexicon, used most often for employees in the service industries. Racial inequity worsened. Traffic grew thicker. Emissions spewed.

Lee, of course, was far from the only policymaker responsible for the Bay Area’s crisis. It’s the product of Prop 13, which slashed property tax rates in 1978 and has forced California cities to scramble for private funding. It’s the product of a long history of anti-growth legislation. It’s the product of structural racism and classism that looks slightly different than that of the rest of the nation, but is nonetheless baked into the economy and housing market of the Golden State.

But he governed in a particular moment when those layers of culture and policy became explicit. And I think that’s why his death hit me so hard. In so many ways, Lee was the quintessential California leader. He stood for values — like immigration amnesty, public housing, the environment — that are part of the story we build our identities on here. For me, that story became very powerful in 2016. On the night of the presidential election, I showed my daughter a picture of the state flag. This is our flag, I said. I knew that, like all forms of nationalism, my feelings were based on a myth. But it was a myth that allowed me to feel safe, to feel like there was some sort of cultural and political continuity around me, to feel like things wouldn’t change — not that much.

But reckoning with Lee’s complicated legacy a year later, I can’t escape the ways that things have changed — and the ways that our story here, of increased privatization, of escalating housing costs, of more and more and more driving — echo stories across the U.S. We’re not really all that different out on the left coast. And for all our talk of climate change and housing reform, we’ve still got a long way to go.​