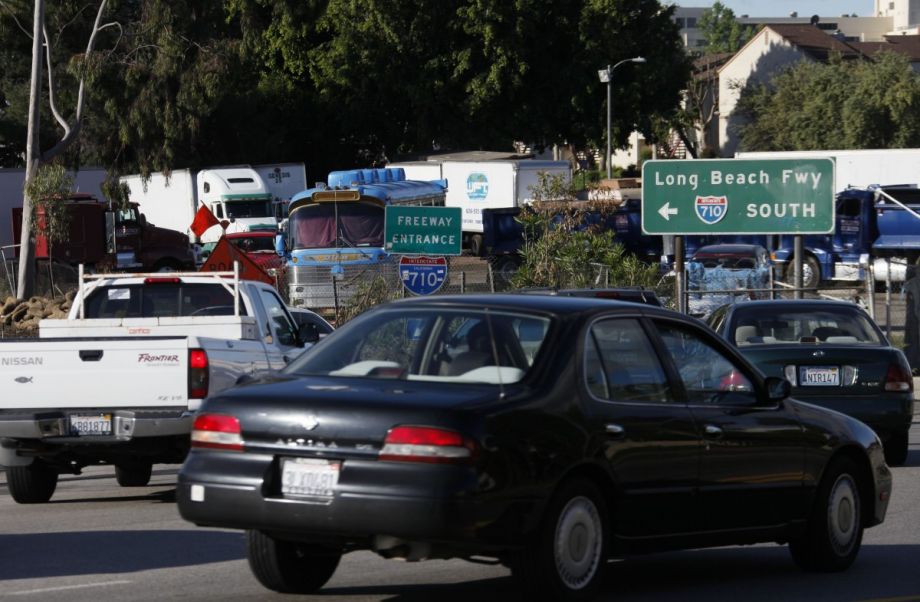 When residents of South Pasadena, California, hear “mind the gap,” they think of anything but the Jubilee, Hammersmith or Piccadilly. For them, the gap in question refers not to a subway but to a freeway — or lack thereof.

The 710 runs 23 miles north-south through the heart of the Los Angeles Basin, roughly paralleling the path of the Los Angeles River, from the port city of Long Beach to the inner suburb of Alhambra. There, the freeway abruptly stops, just past its interchange with the 10 Freeway, as if swallowed by a tar pit. Four-and-a-half miles to the north, the 210 freeway runs perpendicular to the 710’s logical route, and heads eastward to connect Los Angeles County to the Inland Empire.

“The area is widely considered to have an incomplete transportation infrastructure,” says Metro spokesperson Paul Gonzales. “This has persisted for about five decades.”

A plan is now afoot to close the gap. In March, the California Department of Transportation (Caltrans), in cooperation with the Los Angeles County Metropolitan Transportation Authority (Metro), released an environmental impact report detailing alternatives for closing the gap. After years of bickering and speculation, the EIR was mandated by 2008’s Measure R, a successful ballot measure that earmarked $780 million for the 710 corridor.

Of the report’s five options — from a legally required “no-build” alternative to a light-rail line to a busway — the one that has arguably received the most popular support involves a freeway-sized tunnel running uninterrupted for 4.9 miles under South Pasadena at depths of over 100 feet. The largest version of the tunnel would feature two tubes, each with two levels of roadway.

It would, supporters say, mark the end of the freeway-building era.

“It’s the last freeway probably in California,” says Hasan Ikhrata, executive director of the Southern California Association of Governments, the Los Angeles region’s metropolitan planning organization. “There is no place to build them, and now we need to provide other options. But this is a gap, this is not a new freeway.”

It would also be “an enormous project,” according to Gonzales. The EIR is currently in the midst of a 120-day public comment period, after which the Metro board may vote to proceed with one of the alternatives. (The EIR is appropriately massive, at 2,260 pages long.)

Supporters of the tunnel say that heroics may be necessary because “when you have a gap in the system, it does impact the rest of the freeway system,” Ikhrata says. SCAG does not have an official position on the alternatives.

Transportation planners, civic leaders and, especially, cargo carriers in the Los Angeles region have long bemoaned the gap. Freeway traffic either spills out onto surface streets in Alhambra, or it crams onto other freeways, gumming up untold miles of the freeway grid and affecting, by some estimates, 200,000 drivers per day.

It has persisted for the same reason that it arose in the first place: In a precursor to the rampant anti-freeway activism of the late 1960s and 1970s, the residents of upscale South Pasadena simply would not allow a freeway to disrupt, bisect and partially destroy their neighborhood. Whereas may low-income neighborhoods across the country raised the same concerns to no avail, South Pasadena’s affluence — it consists largely of stately single-family homes and has a median household income of $84,000 — enabled it to prevail.

Most of the trucks that travel the 710 are not stopping in South Pasadena, unless to deliver a piano or something. What leaders in the area’s goods-movement industry would like, however, is for trucks to be able to travel smoothly through South Pasadena. The 710 is one of the two major freeways for the roughly 50,000 daily truck trips that begin or end at the ports of Los Angeles and Long Beach. The tunnel would give trucks a more direct route to the vast transshipment warehouses of the Inland Empire.

SCAG estimates that this inconvenience costs the industry dearly in delays, in addition to the time loss and pollution caused by traffic. SCAG’s draft 2011 Regional Transportation Plan suggests that a 10 percent reduction in region-wide congestion in Los Angeles — which is the nation’s most congested metropolis — would create 132,000 jobs. (Caltrans is considering a separate proposal to build dedicated truck lanes along the southern portion of the 710.)

The dual-tunnel version of the project would, according to the EIR, have the greatest impacts on travel times. It would reduce daily rush hour traffic by 7,000 vehicle hours, or 2.5 percent less than current levels in the 710 corridor.

These potential benefits, say supporters, justify the expense of an estimated $5.6 billion tunnel. It is expected that some of the expense would be covered by tolls. But, while the tunnel would prevent the destruction of houses and other disruptions on the surface, civic leaders in and around South Pasadena remain firmly opposed. They say that a tunnel presents a whole new set of hazards, financial and otherwise.

Glendale City Council Member Ara Najarian, who also sits on Metro’s 14-member board, says he fears the true cost of a tunnel could be more like $14 billion. And he said that the tunnel’s impact on surface street traffic would be negligible.

South Pasadena Mayor Marina Khubesrian is the co-founder of the 5 Cities Alliance, which opposes the tunnel (that alliance is countered by the 710 Coalition, a group of surrounding cities that feel pinched by the gap). Khubesrian and other tunnel opponents have invoked such costly debacles as Boston’s Big Dig, which went over $10 billion over-budget, and Seattle’s Alaskan Way Viaduct tunnel, which grappled with a halted boring machine.

“We are concerned that (Metro and Caltrans) are still looking at a freeway as a solution in this day and age,” says Khubesrian. “We see that as a backward investment rather than investing in the future of transportation with greener technologies.”

Earlier this month, Pasadena City Council voted to oppose the tunnel and expressed support for a multimodal, public-transit-oriented plan.

Opponents taking the regional view are also encouraging Metro, which has ultimate say over the project, to consider the mass-transit alternatives and to encourage the completion of the Alameda Corridor East — an extension of a successful below-grade rail line from the ports — to handle cargo.

“We need to seek a solution that’s going to get people out of their vehicles,” says Najarian. “The freight shouldn’t be on our freeways in the first place.”

Either way, even supporters of the tunnel insist that they are not trying to pull the region back to the 1950s. No other new freeways are planned in the region, and both SCAG and Metro have encouraged the development of mass transit.

But, even with the advent of light rail and subway tubes in the word’s freeway capital, they are still minding one tiny little gap.