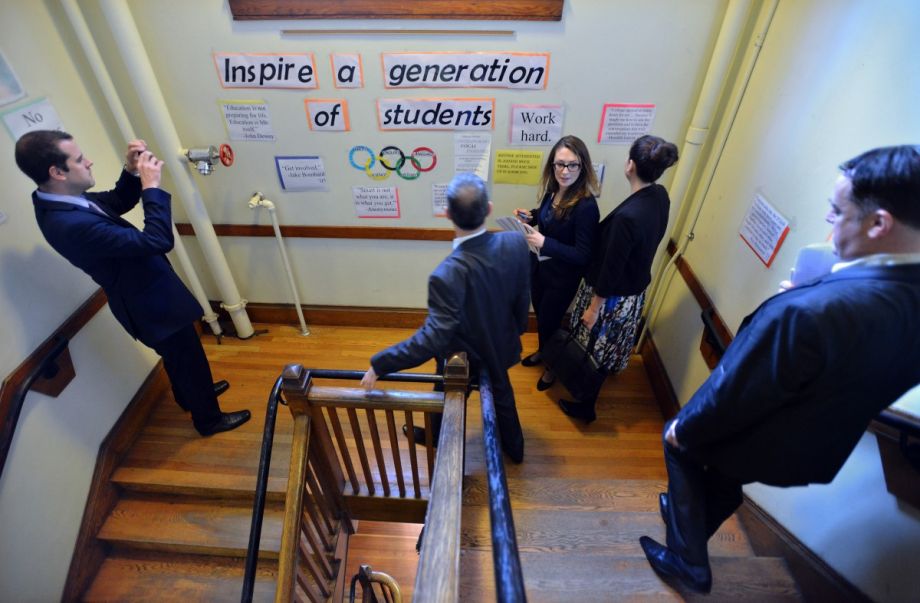 Massachusetts is raising the cap on the number of charter schools allowed. This week, Gov. Charlie Baker and Boston Mayor Marty Walsh each appeared separately before the Legislature’s Joint Committee on Education to speak on the issue. The two elected officials have very different ideas of what a state with more charters would look like, with Walsh pointing to the fears of city-dwellers across the country, that charter schools are destroying public education.

“It sets up schools for failure,” Walsh said, according to Boston public radio station WBUR. “It can set up charter schools for failure as well, if they don’t have the proper boards and facilities and things like that, and the approach that I’m asking for is a little bit longer approach.”

Charter schools have been a hot button issue in many cities, including Chicago, where residents are still upset about Mayor Rahm Emanuel’s unprecedented closing of nearly 50 public schools.

Both Walsh and Baker said they would be open to reexamining the state’s funding formula for public and charter schools. Charter school opponents say public funds go to charter schools, at the expense of public schools, however the governor disagrees.

“The one thing we should all remember is that whether you’re in a regular school, a traditional school, a public charter school, you’re a kid from the same neighborhood who’s being paid for by some combination of state and federal money and both institutions are pretty much getting the same amount of money, depending on what community you’re in,” Baker said.

The issue is planned to be put before voters in the November 2016 election.