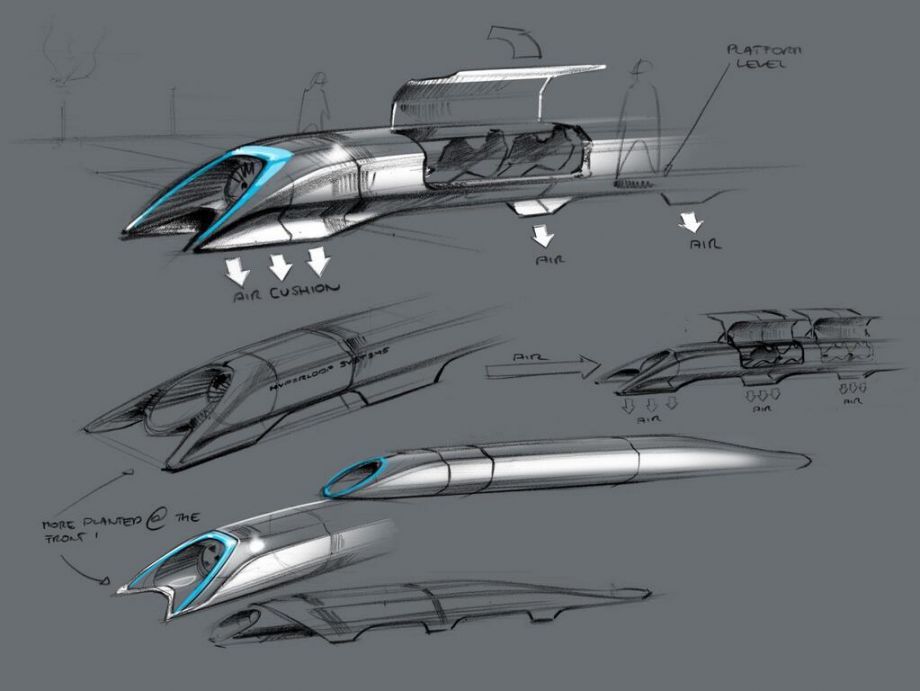 Musk to Put Hyperloop to the Test
High-tech baron Elon Musk is ready to test his “hyperloop,” a transport concept that would encase trains in a vacuum tube, enabling them to reach speeds of 700 miles an hour and above. Musk has already poured his own money into other hyperloop demonstration projects; the Digital Trends blog reports that he is now ready to build one of his own.

His company SpaceX has contracted with Aecom to build a one-mile-long, six-foot-wide hyperloop test track near SpaceX offices in Hawthorne, California, this spring. The passenger cars that will be tested in the track will be chosen from designs created at a student competition that was held last weekend at Texas A&M University, with representatives of Hyperloop Technologies, a company also at work on building a test track, on hand as well.

This is not the only hyperloop test track Aecom is involved in building. It’s also working on one for Hyperloop Transportation Technologies, a company Aecom provided startup financing for. It too plans to have a test track up and running this year, as do both SpaceX and HT.

New Zealand Government Does About-Face on Fast-Tracking Auckland Commuter Tunnel
After criticizing the Auckland City Council’s determination to proceed as quickly as possible with a central-city tunnel connecting the regional rail lines of New Zealand’s largest city, the conservative National Party government led by Prime Minister John Key has decided to back the Labour-led council’s efforts.

Stuff.co.nz reports that in his State of the Nation address, Key said that the government would now provide funding for the Auckland City Rail Link in line with the city’s timetable, which calls for work on the tunnel to begin before the previously announced 2020 target date.

Key announced two years ago that the government would provide funding for the project in accordance with the 2020 target date and that it might consider providing funds sooner if ridership hit 20 million trips annually and center-city employment rose 25 percent before then.

In his remarks, Key said that while employment growth was still below the 25 percent threshold, strong ridership growth meant that the 20-million-trip threshold would be met well before 2020. Therefore, he said, “We see merit in starting the project sooner.”

Auckland Mayor Len Brown welcomed the announcement, saying that the guarantee of funding meant that the tunnel could open for service in 2022 as the council had planned.

Gov. Hogan Slammed for Maglev Push
Maryland Gov. Larry Hogan campaigned on a platform that included an explicit vow to reverse his predecessor Martin O’Malley’s transit-heavy transportation program, and his decisions on both the suburban Washington Purple Line and the Baltimore Red Line cemented his reputation among critics and rail advocates as fundamentally critical of rail transit as too costly, especially relative to the benefits it delivers.

Yet Hogan has been promoting a rail transit project of late that he believes worthy of support: a maglev line running from Baltimore to Washington. The line would cost only a little less than three times the price tag for the Red and Purple lines combined and, some argue, it would be totally inappropriate for the purpose for which it would be built.

Even as proof of concept for a beefed-up Northeast Corridor, DeGood wrote, the line’s cost would way outweigh its benefits. DeGood cited several improvements that would deliver real benefit for not only travelers between Baltimore and Washington, but Northeast travelers in general, that Maryland could undertake now at much less cost, most notably adding a fourth track to the Northeast Corridor main line between the two cities and replacing the nearly 150-year-old, inadequate and crumbling Baltimore and Potomac tunnels.