Mapping the Spread of Inclusionary Housing Policies – Next City 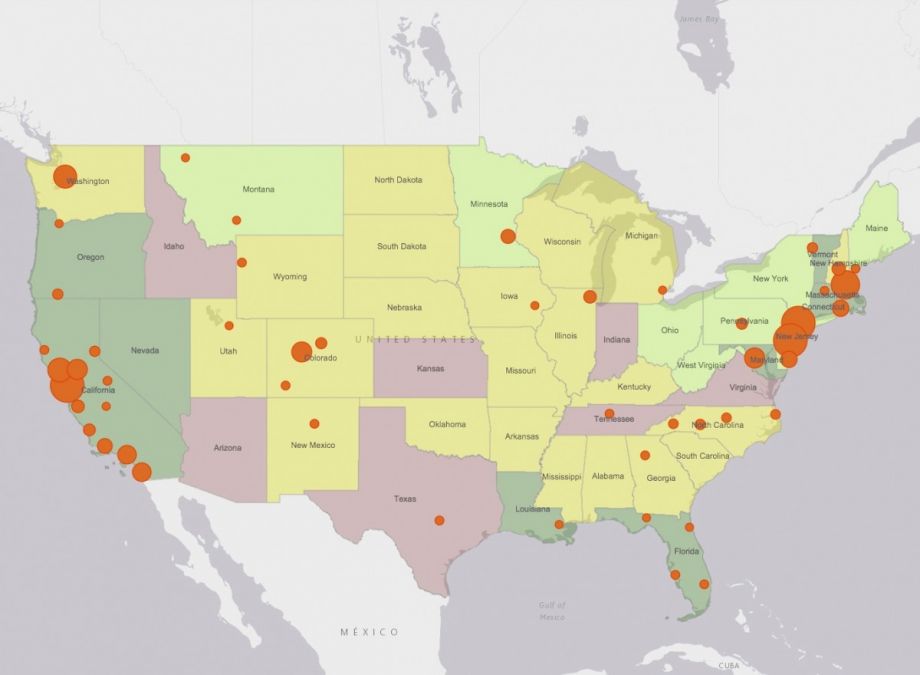 Not all inclusionary zoning programs are alike. As communities move to adopt IZ policies, they need information on what works and what doesn’t.

In an effort to provide some of that guidance, this week Grounded Solutions Network launched the Inclusionary Housing Database Map, an inclusionary zoning tool that lets leaders explore IZ policies around the country.

Inclusionary zoning policies typically give market-rate developers density bonuses or other incentives in exchange for building or funding affordable housing. Grounded Solutions, using data from its own 2016 survey, found 800 such policies on the books in communities across America.

The nonprofit also surveyed the legal landscape around IZ. It found that in many states, inclusionary zoning programs are prohibited or limited by law. (Next City reported late last year how Milwaukee’s attempt to create an IZ policy was thwarted when the city attorney said that the policy likely ran afoul of state law, which prohibits rent control.) Elsewhere, state courts have struck down inclusionary housing ordinances, calling them unconstitutional taxes.

But other communities are moving forward with these programs, and users of the map can explore lots of data related to them. (A side note: At the time of this writing, we were able to use the map using the Safari web browser, but struggled to get it to work in Chrome. Hopefully that’s just first-week jitters.) How many housing units did each program produce? How can developers comply with the policies? Some communities require developers to build the affordable units within the project that is receiving the bonuses, while others allow developers to pay into an affordable housing fund or build off-site units.

Critics say that inclusionary zoning policies drive up housing costs by limiting the total amount of housing built. In the majority of cases that isn’t true, according to 2016 research by the National Housing Conference’s Center for Housing Policy. Still, that same research found that IZ doesn’t do much for a city’s lowest-income residents, because most programs have affordability targets above 50 percent of area median income. Serving a lower-income population would require changes to IZ programs or other housing options entirely.

Grounded Solutions admits that its map may be incomplete. “It is possible that the surveys missed programs, particularly small programs or voluntary programs that go by another name, such as ‘density bonus policy,’” they said. Plus, new programs are being enacted all the time. One new addition for the map, hot off the presses: a new IZ program in Tacoma, Washington.