New Map Is a Guide to Transit-Fueled Jobs – Next City

New Map Is a Guide to Transit-Fueled Jobs 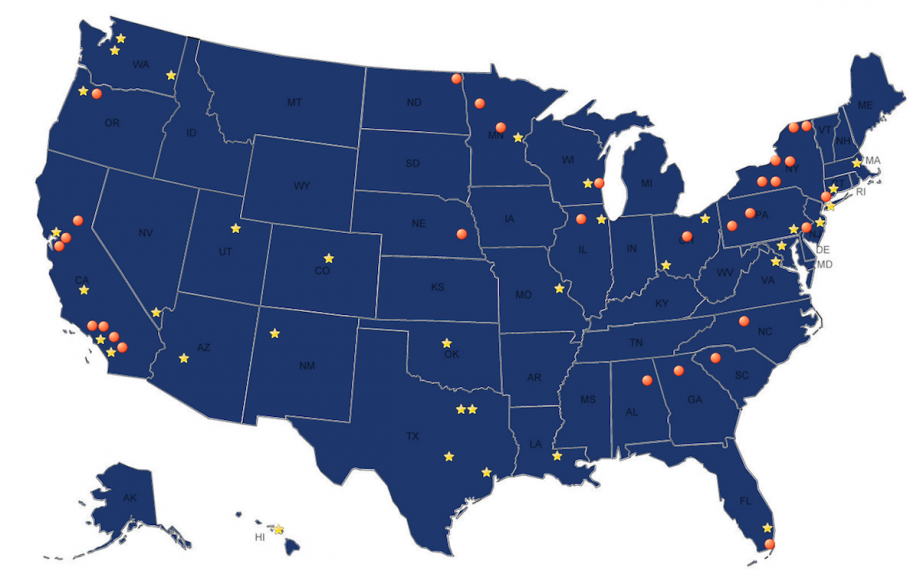 Caltrain “will purchase 16 Metrolink rail cars for $15 million.” Philadelphia’s regional transit agency, SEPTA, “plans to spend $400 million on buses between 2018-2025.” Austin’s Capital Metro is set to award a contract for 46 buses this month. Bids on building nearly 40 shuttle buses are due to Denver’s transportation agency next week. Northern California’s Bay Area Rapid Transit has “plans to spend $9.6 billion over the next 10 years.”

You can get all that in just five clicks on Jobs to Move America’s new map, released this morning. Check it out here. The interactive graphic is a handy aggregation of news on transit budgets and projects across the country that will be useful to public transportation fans — riders and planners — and economic development experts who see the potential of jobs, jobs, jobs in the building up and out of America’s infrastructure. This is the latest effort to connect the dots between transportation dollars and economic growth in cities by the non-profit, which wants to ensure that the U.S. uses “the billions already pledged for transit manufacturing to create jobs for Americans, particularly low-income people of color who typically miss out on these opportunities.”