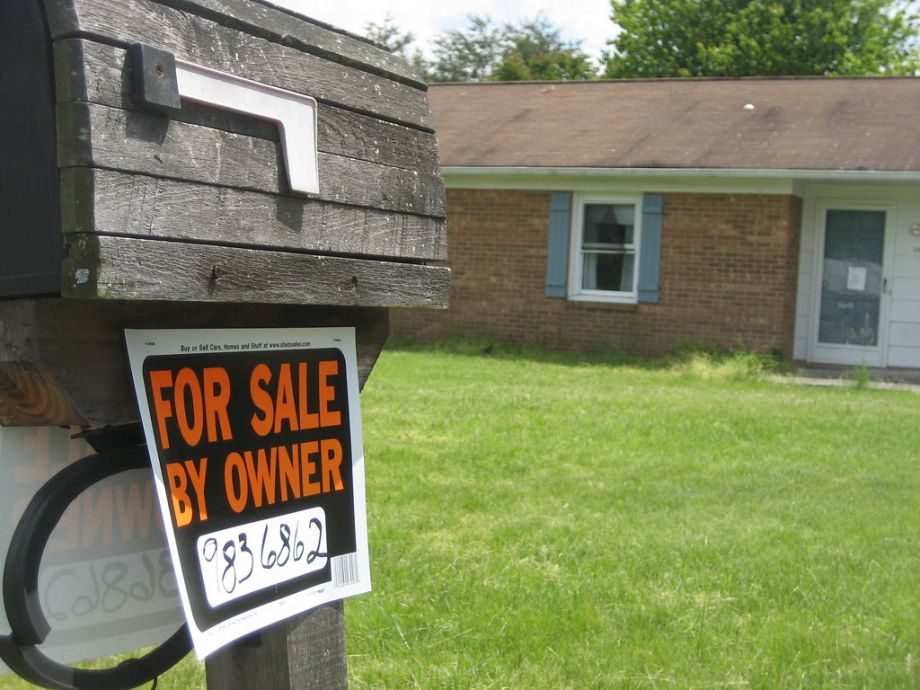 In Portland, Oregon; Austin, Texas, and possibly soon the state of Massachussetts, most homes listed for sale are supposed to come with a report explaining how much energy they use. The value of these reports has been questioned by the real-estate industry and advocates for low-income homeowners, but supporters say to be patient. (Photo by Images Money / CC BY 2.0)

A bill that fights climate change, creates jobs, and lowers costs is winding its way through the Massachusetts state senate. If passed, S.1983 will require that all homes offered for sale have data on how energy-efficient they are in hopes that market demand for efficiency pushes sellers to invest in upgrades.

According to state senator Eric P. Lesser (D-First Hampden and Hampshire) who sponsored the bill, one quarter of Massachusetts’ greenhouse gasses stem from housing. “We need to find solutions that are additive, that help people in the process and put people to work in the process, and bring down costs in the process,” he says. “This is it.”

In theory, a would-be seller whose home receives a low energy score will be enticed to renovate with energy-efficient appliances, or by sealing ductwork or adding insulation. That would raise their energy score and increase the value of their property while reducing energy consumption, and less consumption means less carbon emissions. Utility bills will fall and demand for efficiency upgrades will create new green jobs.

Right now S.1983 is in committee with a hearing expected in the next few months. Protecting the environment while creating jobs and saving constituents money should be an easy sell, but Lesser was forced to pull similar legislation last summer.

Ordinances in a few cities like Portland, Oregon, and Austin, Texas, have drawn criticism from the real estate industry and advocates for low-income homeowners concerned over the potential impact efficiency disclosures would have on sellers unable to afford new heating and cooling systems or other upgrades. There’s also no proof that homeowners are shopping for efficiency or that sellers are responding to low energy scores by investing in upgrades.

“This program results in a piece of paper,” says Jane Leo, director of realtor advocacy for Portland Metropolitan Association of Realtors, which represents 8300 real-estate agents in the region. “This program does not result in energy efficiencies being made.”

“This program” is Portland’s Home Energy Score (HES) ordinance, which bears some similarity to Lesser’s bill, and which went into effect on January 1st, 2018. By the end of June 2019, 12,973 homes had been scored, with a citywide average of 4.6 on a ten-point scale. The average potential score if recommended efficiency upgrades are enacted would be 7.3. If all of those efficiency upgrades were put in place homeowners would see an estimated $4.2 million savings in utility bills and it would prevent 14,602 metric tons of carbon from entering the atmosphere.

The scoring system is built on U.S. Department of Energy standards and tools. Assessors plug some fifty values into the DOE software: square footage; insulation and ductwork; window type and orientation to the sun; building materials; heating and cooling systems; and so on. The resulting report includes the number score, estimated annual utility costs, and recommendations for efficiency upgrades with a ten-year payback. Assessments cost around $150 and reports are stored by the Green Building Registry. Sellers must also make them available through online real estate listings and at open houses.

Lisa Timmerman, Energy Score program manager with Portland’s Bureau of Planning and Sustainability , says that the scores are ”aimed at market transformation. It’s basically taking a value that was previously invisible in the marketplace and bringing that to light so that the market can react to that they can better value the characteristics of that building.”

But Leo maintains that homebuyers shop for size and location, and are mostly unaware of the scores. The lack of demand means that sellers have no incentive to pay for upgrades. She sees direct tax rebates for improvements like adding insulation or replacing old windows as the best way to encourage home efficiency.

It’s unknown how many Portlanders have followed the efficiency recommendations of their Home Energy Score reports. Peter Kernan, program director of Community Energy Project, which provides basic weatherization and efficiency services for income-qualified homeowners, has consulted less than a dozen homeowners on energy upgrades after they had received low scores.

“This deserves more advertisement and community outreach, but it’s also a slow burn play,” says Kernan. “It wasn’t meant to transform the market overnight but I am hoping — and we do see signs — that it’s stimulating action over time.”

In Austin, there’s at least anecdotal evidence that energy scores are stimulating action. Jessica Galloway, project manager for Austin Energy, has been told by auditors that jobs have been created around rebate programs and home renovations, which implies that energy audits have resulted in efficiency upgrades. Austin enacted its Energy Conservation Audit and Disclosure (ECAD) ordinance in 2009; researchers are pulling data from the program to investigate any correlation between home energy scores and home prices, but as of yet no evidence of one exists.

All parties agree that consumer awareness just isn’t there, which may help explain the lack of impact energy scores have on the real estate market. Administrators in both Portland and Austin have concentrated on educating realtors in hopes that information, and eventually interest, trickles down to their clients. Galloway has seen home-energy audit reports available at open houses, but admits there’s no reason for most people to know about the policy unless they’re actively buying or selling a home.

A known problem in Portland is that sellers aren’t following the law. Compliance with the energy-score law is currently 65 percent, based on random checks on listings. The city has been allowing the real estate market to adjust, but will soon begin issuing fines of up to $500 for homeowners who refuse to comply after warnings, according to Timmerman. Austin’s program has a similar estimated compliance rate.

“I would say that actually there’s a larger correlation between the size of the home and how it scores,” Timmerman says. “Typically some of the lower-income owned homes are those smaller homes. I think there’s this conclusion that’s presented that low-income homes are going to score lower and that’s not always necessarily true.”

In Portland, homeowners at or below sixty percent of the median income are entitled to free assessments provided by Community Energy Project; Kernan estimates that roughly fifty people preparing to sell their homes have taken advantage of the program. There are also organizations offering incentives for new heating and cooling systems as well as efficiency renovations, but many people aren’t aware of them. This is particularly frustrating when the people who qualify for many programs are the people who need them the most.

“Portland continues to experience hotter summers and longer periods of over 90 degree days,” says Kernan. “Last summer saw the longest stretch of 90-degree-plus contiguous days on record and if you have a home with no insulation it gets really hot on those days. For a lot of the clients we serve mobility is an issue and they’re aging in place, their homes getting really hot can be a health danger to them.”

Both Austin and Portland have, to different degrees, expanded their energy-score policies to cover rentals as well. Austin’s program requires most apartment owners disclose estimated monthly utility costs before the lease signing. Portland’s energy-score program has no such requirement and apartments are exempt, but if a single-family rental property has been assessed then renters can find the report online.

There is no disagreement that the energy demands of housing is a major source of carbon pollution. No one argues that home efficiency renovations and heating and cooling system upgrades are a bad thing. The argument is over how to convince people to actually make the investments required to curb energy use.

As of yet there’s not enough evidence that energy-score policies like those in Austin and Portland or proposed in Massachusetts can drive change. Concerns about equity persist, as do concerns over efficacy, but concerns over climate change are so great that legislators are willing to try new ideas in hopes that they do work.

Brendan Seibel is a freelance writer based in Portland, Oregon.