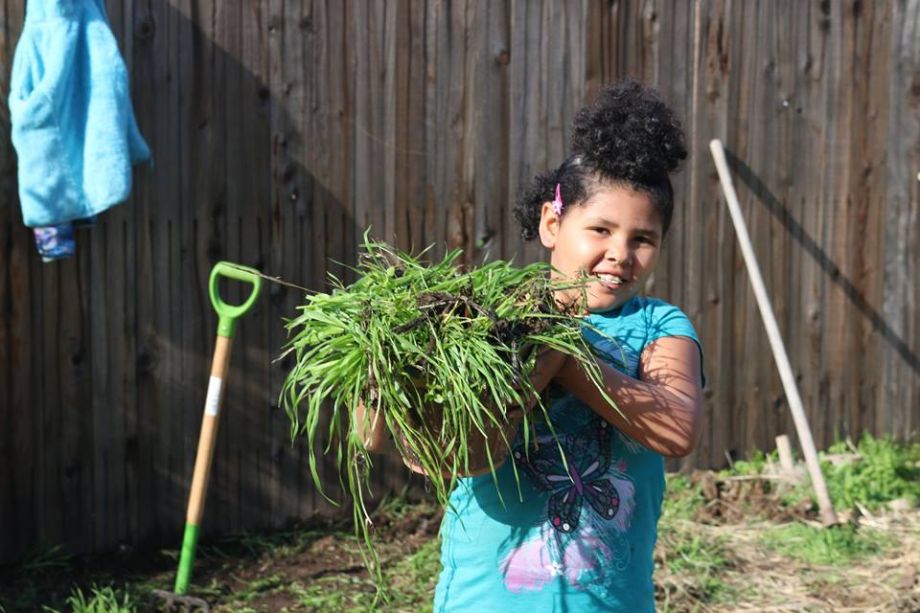 “Farm to fork isn’t a passing fad or a marketing slogan in the Sacramento region — it’s the way we live,” touts the city’s tourism bureau on its website. And while trendy farmers markets and the “eat local” movement have had a part in perpetuating food inequities, a number of organizations in the California capital are working to expand access to healthy eating. The city itself has issued a call for proposals to revitalize its abandoned tree nursery so that more residents can grow their own healthy food and learn job skills related to farming while they’re at it.

“The biggest thing about urban agriculture, like scaling up from personal, is land access,” says Chanowk Yisrael, a farmer working half an acre of land in the South Oak Park neighborhood of Sacramento. “Even though we’re the farm-to-fork capital,” Yisrael says, “most of that is more for the commercial side. You’re talking about fine dining and foodies and those types of things.”

Yisrael and his wife, Judith, own the Yisrael Family Farm, which runs a program called G.O.O.D.: Growing Our Own Destiny. According to its website, the Yisrael farm has helped 40 people establish gardens in their yards over the past few years. The farm also offers classes on healthy eating habits and gives tours to introduce children and adults to the growing process from seeding to weeding and harvesting. Yisrael says that his neighborhood has a few acres of abandoned lots that could be used for gardening and farming. The challenge, he says, is that most of these lots don’t have water, and utility hookups can cost up to $6,000.

The Sacramento region’s Center for Land-Based Learning helps with land access and has educated high-school students from 27 counties in California about the food system and sustainable agriculture. In 2010, the organization expanded to work with adults thanks to funding allocated in the 2008 farm bill. After a seven-month farmer training program, participants move on to a business incubator.

“We, as a nonprofit, lease land, and then we kind of set it up so that it’s all ready to be farmed,” says Mary Kimball, the Center’s executive director. The organization takes care of irrigation systems, washing facilities and storage structures. Additionally, it provides the new farmers with equipment. The Center doesn’t cover all their costs, but the support helps farmers to get started.

Many of these incubator sites, Kimball says, are in food deserts, and many of the farmers who go through the training come from cities. Five farm sites, she says, are in West Sacramento where “they don’t have access, not just to food, but to fresh fruits and vegetables, healthy food.”

With its most recent graduating class, which completed the course in mid-September, the Center for Land-Based Learning has trained 150 farmers, and Kimball says 65 percent of those graduates continue to work in agriculture-related fields.

Being able to grow your own vegetables, however, shouldn’t be a prerequisite for getting access to healthy food. That’s one reason why Alchemist Community Development Corporation, which has a community garden with 15 plots in the Oak Park area of Sacramento, runs a program to boost residents’ buying power at farmers markets. Shoppers using CalFresh (SNAP benefits) get a 100 percent match when spending on fresh fruits and vegetables. In other words, spend $10 and get $20 worth of healthy eats. According to Sarah Dillon of Alchemist, the organization distributed $20,000 in matches across the 11 farmers markets in the Sacramento region in August 2019.

The city of Sacramento, meanwhile, is eyeing residents interested in cultivating their own food as it seeks proposals for transforming a 5-acre vacant tree nursery into a farming center in the Mangan Park neighborhood. Jennifer Venema, of the city’s sustainability office, says she expects five to 10 farmers could work the land. Venema says they hope to receive proposals that embrace a range of activities, from food growing to training and more.

“It means people in the neighborhood have access and can come in and grow things or buy things, and we really want to include learning and educational opportunities,” Venema says. “Having land is the big barrier for a lot of the small-scale, ag entrepreneurs. But having land is just one step. There’s a lot to getting that land ready.”

In addition to echoing Yisrael’s caveat about water access, Venema points out that vacant land often needs toxic substance remediation. The tree nursery, for example, took some time to be ready for the call for proposals in part because it is near a now-defunct gun range, and the ammunition needed to be removed to ensure that the soil wouldn’t transmit toxins to the food grown there.

Venema says that, although the funds will require approval by the city council, the expectation is that Sacramento will invest approximately $200,000 to revitalize the site. “The goal is to get someone that’s self-sustaining once we get the site prepared,” Venema says.

UPDATE: This article was changed to add information about Alchemist CDC’s match for CalFresh recipients, and to clarify that Center for Land-Based Learning covers only some of the startup costs for farmers.