Making a More Democratic Economy, One Revolving Loan Fund at a Time – Next City

Making a More Democratic Economy, One Revolving Loan Fund at a Time 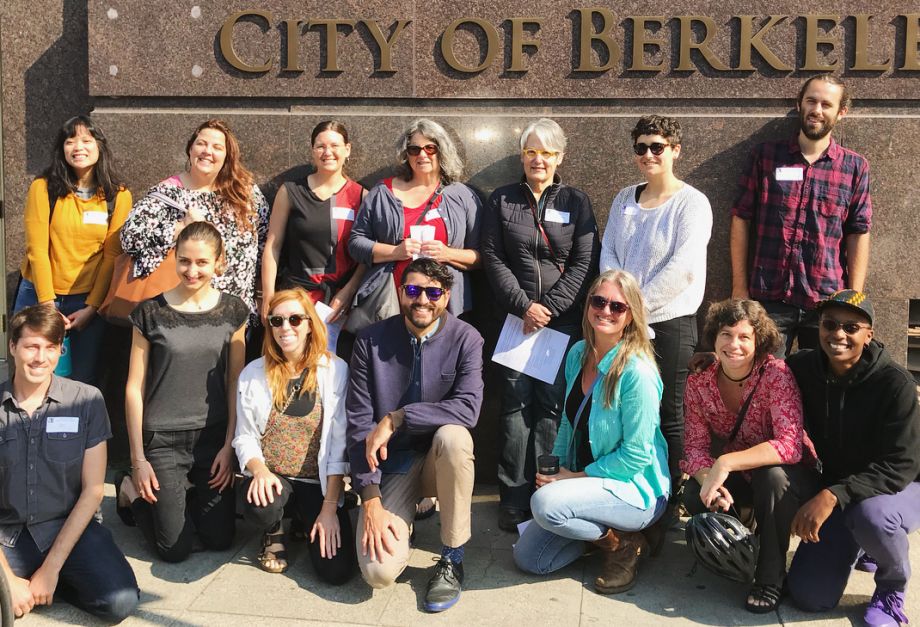 If you want to apply for a loan from the City of Berkeley Loan Fund for small businesses, the first thing you need is a loan denial letter from a bank. For a minority-owned or woman-owned business, that’s unfortunately not hard to get, even in a supposedly progressive bastion like Berkeley.

Getting a small business loan in Berkeley has been challenging for a long time. That’s why the city established its loan fund in 1987, with a $500,000 grant from the U.S. Department of Commerce, to provide loans for small businesses that weren’t able to get capital elsewhere.

Funded by the U.S. Department of Commerce’s Economic Development Administration (EDA), Berkeley’s is one of more than 520 such revolving loan funds across the country, with grantees ranging from cities to counties to nonprofit agencies. Collectively, these loan funds represent more than $824 million in loans or cash available for loans. Since 1975, they’ve made more than 37,500 loans to small businesses, totaling over $3 billion in loans which borrowers have leveraged alongside more than $16 billion in other funding or investments. EDA-funded revolving loan funds have reported creating or retaining more than 662,000 jobs nationwide.

Like most lenders, EDA-funded revolving loan funds by default require a personal guarantee. That puts the founder or CEO of the business on the hook to personally repay the loan in case the business goes under. It’s a sensible policy to reduce risk, which is why it’s a standard practice for practically every small business lender in the country.

But if you’re trying to launch or grow a worker-owned cooperative business, the personal guarantee requirement is a frustrating barrier — with multiple people owning equal shares of the business, who is supposed to sign a legally binding document to put themselves on the hook for the whole amount of the loan? This loan fund was explicitly meant for businesses that have already been denied by mainstream lenders, and it still wasn’t very friendly for worker-owned cooperatives. If you’re trying to shift the economy from one in which ownership and wealth are concentrated at the top to one in which ownership and wealth are shared more widely and democratically, that’s a problem.

But at a city council meeting this past September, Berkeley City Council approved changes to the requirements for its small business loan fund, adding an alternative to a conventional personal guarantee, making it more friendly for worker-owned cooperatives. It may seem like a small victory, but it’s just one part of a much broader push led by worker-owned cooperative members themselves to reshape the economy around them, business by business, city by city, lender by lender.

“It’s an uphill battle, even here, but I see our work as proving that it’s possible and showing what things can look like elsewhere,” says Yassi Eskandari, attorney and policy director at the Sustainable Economies Law Center (SELC). “The more cities adopt something like this, the easier it becomes for other cities to do the same.”

“A number of worker co-op members made the point of business ownership being more accessible to them via the worker ownership model,” says Jordan Klein, director of Berkeley’s Office of Economic Development.

The technical assistance funding came through in June, going to organizations like SELC as well as Project Equity, which recently helped convert a scientific glass blowing company into a worker cooperative.

“We took this strategy rather than asking the city to set up a whole new revolving loan fund just for cooperatives, just build on what’s already there,” says Sara Stephens, housing and cooperatives attorney at SELC. “It’s just so hard to ask cities for money. If there’s already a pot of money here, how can we make this work better for cooperatives?”

There is at least one worker cooperative, BioFuel Oasis, which has previously received a loan from Berkeley’s loan fund — which it finished paying off in November 2018. (Klein says that loan was approved many years before his time, and could not say how they dealt with the personal guarantee requirement.)

Berkeley’s changes could serve as a precedent for all 520-plus EDA-funded revolving loan funds for small businesses. Kieron Slaughter, the staff person at the Berkeley Office of Economic Development who supports the small business loan fund, says that his office ran these changes by the EDA before submitting them for final approval from city council. According to Slaughter, the changes weren’t significant enough in the view of EDA to trigger an approval process on that front. That could mean that other revolving loan funds could implement similar changes with little to no red tape.

“It was a good partnership with SELC because they had the expertise and there was also the referral from city council pushing us in this direction,” Slaughter says.

Moving forward, SELC and the city are still hammering out details on the public procurement preference for worker cooperatives — which would be the first of its kind in the country.

“Day-to-day it’s really boring work of reminding people that we exist, reminding people, ‘Hey, remember that one time you said you were going to do something?’ this process of accountability, ongoing relationship building, building trust with the city,” says SELC’s Eskandari.

In the meantime, the Office of Economic Development has also taken on much of the outreach work to convert existing businesses into worker-owned cooperatives. In addition to the personal guarantee fix, the city made a second tweak to its revolving loan fund rules — previously, the loan fund could not be used to finance acquisition of a business, but now the rules permit the loan fund to finance workers acquiring a business from the current owner.

Earlier this year, Klein sent a signed letter to every business in the city of Berkeley that was at least 20 years old and has at least 15 employees.

“I thanked them for doing business in Berkeley and let them know that conversion to worker ownership is a strategy that might make sense for them if they’re looking for a transition or succession planning strategy,” Klein says. “It’s good for communities because these are businesses that we might otherwise lose, businesses in some cases that are really treasured community assets.”