What’s the Secret to Putting Young City-Dwellers to Work? – Next City

What’s the Secret to Putting Young City-Dwellers to Work? 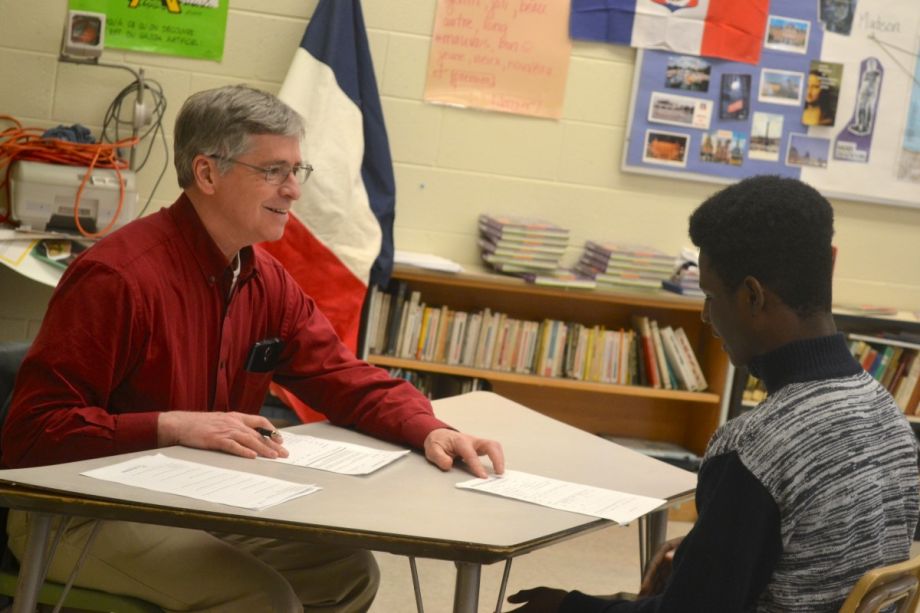 As America moves toward becoming a minority-majority nation, the way that cities prepare young people for entering the workforce, particularly young people of color, is critical. Recently, when I was checking out PolicyLink’s new National Equity Atlas — a great tool that aims to connect policymakers and community development experts with useful data — Madison, Wisconsin jumped out in Atlas’s Disconnected Youth indicator. Madison posts the lowest percentage of 16- to 24-year-olds not working or in school in the nation, at 4.9 percent. The city also has the second-lowest percentage of unemployed youth of color.

“To be honest, I wasn’t really aware of how Madison compared to other metro areas,” says Rachel Darken, youth programs director at Common Wealth, which has been connecting young people to jobs since 1991. Though there are undoubtedly many factors at work in that Madison stat, I talked to Darken to get a sense of how local jobs-focused organizations support equitable economic development for youth.

“We’re really focused on improving Madison and our community and the prospects of the youth that we’re working with. It was surprising for me to see that and a little shocking, because in the day to day of it, we see the hardships that these teens are going through. It’s kind of a happy surprise to see that.”

Darken points to Common Wealth’s Youth-Business Mentoring Program as being particularly successful at connecting teens to jobs. The program consists of a three-week training that provides mentoring and job placement opportunities. Skills-building sessions include improving job applications, a mock job interview and improving financial management skills. Mentoring is done both by the Common Wealth’s staff and also the employers who agree to participate.

The program has an impressive track record: 84 percent of graduates from 2008 to 2013 found employment, 93 percent increased their pre-employment skills, and 76 percent retained jobs for at least four months.

“That’s the hardest number for us to hit, to be quite honest,” says Darken. “That’s when life gets in the way or students have to make hard decisions, or make mistakes that they’re maybe not going to be able to recover from, even with our help. But that’s where the power of our dual mentoring comes in and helps them navigate those challenges and come out on the other side feeling more confident in themselves and taking the next positive steps in their future.”

Equity is definitely an issue Common Wealth seeks to address. The Equity Atlas reveals that, like much of the rest of the country, Madison is showing increasing numbers of all of its minority populations.

“I think the whole city is working on that. There’s a report that came out last year from the Wisconsin Council on Children and Families called The Race to Equity and it looks at the disparities between the African-Americans and whites in Dane County. … It was a really shocking starting point for the city, to be honest.”

While there are many strides that remain to be made for African-American youth, according to the National Equity Atlas, only 2.9 percent of Latino youth are unemployed or not in school. Darken says Centro Hispano of Dane County and Latino Academy of Workforce Development have worked hard to keep that number low.

While Common Wealth serves around 135 young people a year, success sometimes makes it more difficult to be continuously building relationships with local employers that make the program strong.

“One thing that’s a catch-22 about our program is that often our students get placed in positions that last a long time,” says Darken. “So when we do have a youth that’s successfully placed and doing well, we have to find and work with another employer to find another job for another youth.”

She adds that despite that snag, when those students move on to college or for other opportunities, satisfied employers commonly return to Common Wealth for more workforce-prepared employees.