Don’t Like That City Council Bill? Rewrite It Online – Next City

Don’t Like That City Council Bill? Rewrite It Online 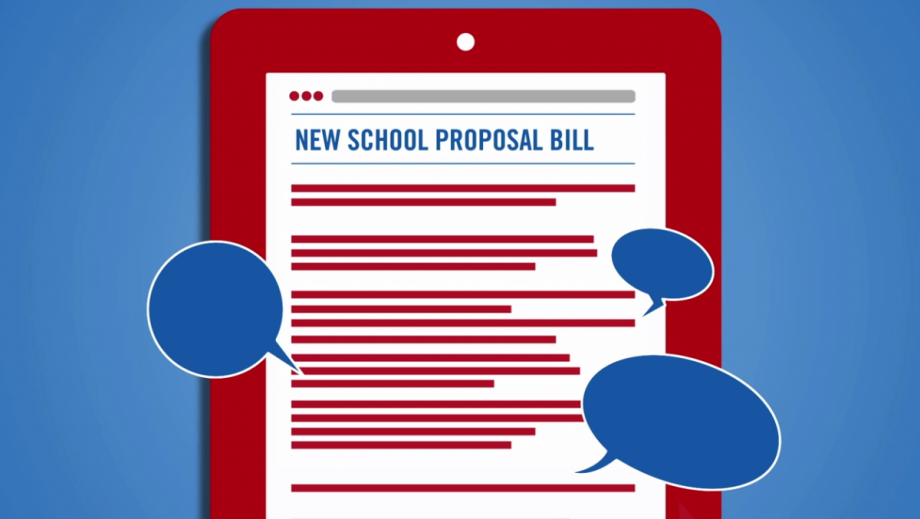 On the morning of June 12th, the D.C. Council held a hearing on an urban farming bill that would, among other things, approve property tax abatement for anyone leasing small plots of Washington, D.C., land for the purpose of cultivating produce. For many D.C. residents, attending a mid-morning hearing would be tough, if not impossible. But as it progressed, voters weighed in.

Alex B. said the language defining “independent farm” discounted those who farm in their own yards for their own use. Si K. asked about the selection criteria for applicants looking to set up urban farms. And Michele L. stepped in as unofficial copy editor, pointing out a space was needed between two words at the top of the bill. Occasionally, staff members for David Grosso — one of the D.C. council members cosponsoring the legislation — responded directly to questioners.

In all, about 15 people commented or asked questions — but none of them was inside the hearing room. Instead, they typed their opinions using the online tool Madison. It allows voters to read drafts of bills and leave comments electronically — including in real-time as bills are debated — and those comments are collected as annotations listed alongside the bill’s text. With quick, free registration, the tool isn’t designed to replace the traditional hearing process, but rather open it up to a wider group of participants.

“We’re pretty sure annotating policy documents is a thing, and the way of the future,” says Seamus Kraft, an optimistic digital native in his late 20s who serves as executive director of the OpenGov Foundation, which is responsible for developing Madison.

A tiny non-profit coding its way to more transparent government with the help of four full-time staffers — not to mention Darrell Issa; the GOP congressman from California helped cofound OpenGov in 2011 — the group’s mission lies in one question: Can technology be used to lower the barriers of participation between voters and the government they elect?

Under the rubric of Madison, bills and legislative documents become grand exercises in collaboration. Forget signing your name to an online petition; with Madison, you can literally rewrite the language of public officials’ proposed bills, with the satisfaction of knowing an email alert with your suggested changes will pop up in their inboxes. In 2011, when the OpenGov Foundation introduced its first version of Madison during the debate over the Stop Online Piracy Act, Kraft says some 150,000 unique visitors stormed the site to leave comments on the SOPA legislation.

“It’s so closely aligned with my desire to have every resident in the District of Columbia care about the political process,” says David Grosso, the at-large D.C. council member who became MadisonDC’s first political guinea pig by agreeing to have three bills he introduced in January uploaded to MadisonDC.

Whether Madison generates the sort of traffic to indicate that even a majority of D.C. residents are commenting on legislation will be the true test of the tool, which, on its own, sometimes isn’t enough to pique people’s interest in the legislative process. (For context, consider that only 25 percent of the nearly 370,000 eligible voters turned out for the D.C. mayoral primary in April.) Kraft says “hundreds” of people have been logging onto MadisonDC to read and comment on legislation, but some of that is the result of Ballot Initiative 71 — a proposal to legalize the possession of small amounts of marijuana that D.C. residents will vote on next month — as well as a bill calling for full legalization of marijuana being listed.

“There’s an ebb and flow around any legislative process,” says Kraft.

And it’s early yet. Kraft says the OpenGov Foundation plans to add three or four additional features to Madison, including one that will display changes to bills as they move from the draft phase through their first introduction in committee and all the way to the final, passed version. Versions of Madison for San Francisco and New York City will launch by early next year; a version of Madison for the U.S. Congress is rolling out in time for the 2015 session.