Madison Center for Black Women Aims for Ownership – Next City 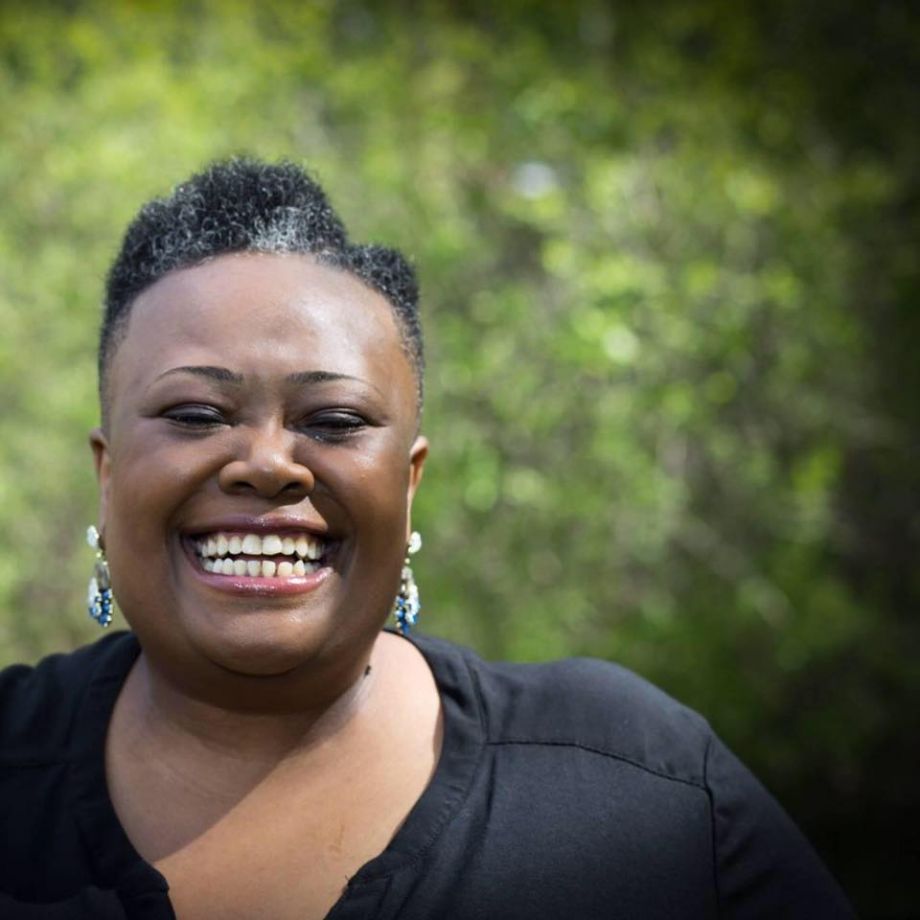 “What sort of outcome are you looking for?” Sabrina Madison asks the small group, almost exclusively comprised of black women. “Close your eyes and vision it,” she encourages them. Madison is running a leadership workshop for African-American folk who want to make an impact on their community.

Madison, also known as “Heymiss Progress,” is a Milwaukee native. She moved to Madison more than a decade ago after her brother murdered someone. Madison says she wanted to remove her son from the potential of being caught up in retaliation. The decision to uproot herself and her family speaks to Madison’s commitment to keeping her son safe. That same commitment spurs her work to help other black women stabilize their lives and families with safe, secure housing and regular employment. It is the root of her quest to find a permanent space for the Progress Center for Black Women, which she inaugurated in November 2018.

The Progress Center for Black Women is a space in Madison, Wisconsin, where black women can connect with others, access resources, and attend events. The Center’s website says these opportunities “will foster personal transformation, eventually transforming the community as a whole.” Currently housed in a rented space in a bedroom community just outside of Madison, the site describes a vision for a permanent space where women will be able to use a computer lab, take cooking lessons, and find business resources, among other things.

Madison is sporting dangly earrings with little strings of hot-pink beads swinging from golden half-moons. On this Saturday afternoon, she is coaching this leadership group through how to plan a community event and how to ask the local alder, the city council member, to come along on a neighborhood canvass. “Just think about it,” she encourages the participants. She asks them to imagine the events they are planning and to consider: “Is this something we want the city to put on on a regular basis and fund?”

This work is an outgrowth of Madison’s existential questions. Madison worked for a local community college for years, but when she left her job in 2015, she was asking herself: “Where does my work exist permanently, and what legacy am I trying to leave behind?” An encounter with a black community leader who had opened a community arts-focused organization led Madison to realize a critical point. “I wanted to be in control of the legacy that I leave behind, not someone setting my legacy for me,” she says.

This clarity merged with a more physical sensation. Madison says there was nowhere in the city where “I could just walk into and feel good.” Madison, Wisconsin, is nearly 80 percent white, according to the most recent U.S. Census estimate. Wisconsin incarcerates more black men per capita than any other state in the country. One zip code in nearby Milwaukee, where 95 percent of the population is African-American, ranks as the most-incarcerated area in the U.S. In 2017, nearly one-third of African-Americans in Wisconsin lived in poverty compared to less than six percent of white residents. Roughly 44 percent of black children were living in poverty, compared to just under 12 pecent of white children.

Having left the safety of a regular job in the spring of 2016, Madison began to forge new ground. A few months later, she organized the Black Women’s Leadership Conference, which sold out shortly after she announced it. Some, seeing her success, encouraged her to expand and take the conference on the road. But Madison says she wanted to create something solid and permanent for black women in Madison. She also has a clear sense of what permanence means. “I’m interested in ensuring that we have ownership and control of whatever space we live in,” she says. The idea, she says, sprang from her “thinking about permanency and about Black women and girls in the community.” That is, Madison didn’t want to abandon her adopted city without leaving something behind that could support African-American women. This is how the idea for the Progress Center was born.

So, in 2017, Madison began fundraising to create this space where black women would be able to enjoy the same access to resources and opportunities that their white counterparts do. In November 2018, Madison opened the doors to the community center in the bedroom community of Fitchburg, just outside the state capital.

One room offers a quiet space for relaxation, and Madison says that young girls are often attracted to it, perhaps because a full-length mirror allows them to study themselves. When women provided feedback for the space, Madison says, “they all left comments that reflected rest, recuperation, relaxation.” One reason it may inspire these feelings of calm, Madison muses, is the window looking onto trees and the sky. The Center regularly offers co-working days, has hosted a family day with children’s book authors, and hosts a “Black women’s Afternoon Kickback” every few months.

Madison says the need for the Progress Center is clear. Black women, Madison says, “are always bombarded with trauma.” She says incarceration and systemic racism has affected her life along with the lives of her peers and social network. “I lost my brothers, my father, my uncles [to incarceration]. You’re burdened with doing it all. Keeping the kids out of trouble. That creates a lot of stress on those black women. It created a lot of stress on me,” she told Next City.

“Fighting Godzilla” is how Madison describes racism and says that her work isn’t about trying to defeat that monster single-handedly. “My work,” she says, “is about how do we help families, even though we’re experiencing racism, so your son isn’t eaten up by the system.”

Stable housing is one of the main issues Madison finds herself addressing with families in crisis. In recent years, the city’s housing crunch has gained attention as roughly half of its renters are classified as “rent burdened.” According to the Tenant Resource Center, Madison recently shifted from being a city where the majority of residents own their homes to one where the majority rent. “Housing is not at, it’s been beyond a crisis point,” Madison says of her namesake city.

Recognizing that low-income residents are being priced out of the housing market, Madison is developing plans for a permanent Progress Center that integrates housing. Currently, there are three potential models the center could adopt. One approach would see Madison raising funds and building the center from scratch with condominiums attached, which would likely be offered at below-market prices. Another would see the building include retail spaces that have housing attached for the storekeepers.

A third option involves partnering with a housing development organization. Movin’ Out represents one possible partner. The organization was founded by parents who couldn’t find appropriate housing options for their adult children with disabilities. Movin’ Out has grown from finding existing apartments and houses for individuals and families with a disabled member to developing housing solutions itself.

The potential partnership grew out of a conversation between Madison and the head of Movin’ Out, Kathryne Auerback. The two women discussed how Movin’ Out could apply its experience developing affordable and accessible housing integrated into the community to helping African-American women stabilize their housing. Movin’ Out’s approach to multi-family units is to include people with disabilities in roughly a quarter of the units in a development. The developments also serve mixed-income residents and ensure affordability for people earning between 50 and 80 percent of the county median income.

For Auerback, one of the critical elements in her organization’s work is its commitment to integrating people with disabilities into the broader community.

“There’s additional programming opportunities that I think are really exciting,” Auerback says of possibly joining forces with the Progress Center. Still, she acknowledges that it’s too soon in the process to know precisely what those programs would be.

One point Madison is clear on is that ownership is central to her vision for the Progress Center. “I don’t want to be in a situation where I’m dead and gone and the center is kicked out for some reason beyond our control. I’m trying to set the tone, and if I’m saying we need to be owners, we need to be owners,” she says.

Ruby Clay participated in a recent planning session Madison held for the Progress Center with architects from SmithGroup. Clay runs a leadership group for adolescent black girls and works as a child and family support advocate with Domestic Abuse Intervention Services. Like Madison, Clay has seen the way gentrification has crunched the housing market in Dane County, which contains Madison.

“Families that are trying to figure out life are burdened with $1,400 rent and daycare and then you have to find resources for bus fare on top of that,” Clay says. She envisions housing resource advocates being available to those who come to the Progress Center, and says “it’ll be a great resource for women and families whose fathers are absent from the home.”

Clay says she was speechless while Madison introduced the planning session. “She was talking about what she wanted to do. Nobody had that idea to run a space for black women and their kids. No one has done that,” she says. Her praise for Madison is unequivocal. “You can say you care, but to show it — she means business,” says Clay.