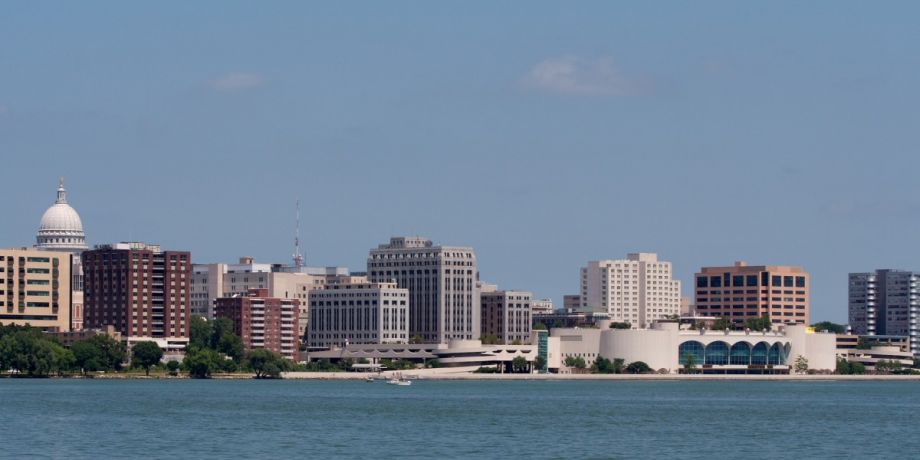 This week, Madison, Wisconsin, became the largest U.S. city in the Midwest to commit to a goal of using 100 percent renewable energy. Other cities that have made similar promises include San Francisco, San Diego, San Jose and Santa Barbara, all in California, along with Salt Lake City, and Ithaca, New York.

The commitment came in the form of a resolution passed by City Council, the Cap Times reports. It’s very much a first step and calls for “hiring an expert to assist city staff in developing a plan that would move the city toward using only renewable energy and achieving net-zero greenhouse gas emissions,” according to the paper.

Madison’s 2017 capital budget includes $750,000 for sustainability improvements, but the plan aims to go well beyond that. It will be developed by January 2018, and include target dates, milestones and budget estimates, according to the Cap Times.

The stagnancy (and under President Donald Trump’s administration, perhaps, active sabotage) of climate policy at the federal and state levels was on council members’ minds.

“In a time of inaction at the state and federal levels, cities need to lead,” Alder Denise DeMarb said in a statement, according to the paper. “Cities need to continue to move towards a sustainable future, creating good jobs and a future we are proud to hand over to our kids.”

Along with all the other cities (and Hawaii) that have 100 percent renewable goals, municipal leaders are working on a variety of strategies to go green without the federal government — in some cases, circumventing it entirely.

Following last year’s presidential election, 37 mayors (from Atlanta, Chicago, New York, Los Angeles and more) signed an open letter to then President-elect Donald Trump urging him not to turn his back on the Paris climate agreement.

Last year, former New York City Mayor Michael Bloomberg even suggested that if Trump withdraws from the Paris agreement (which certainly looks possible), a coalition of mayors should simply join in his place.

“Mayors and local leaders around the country are determined to keep pushing ahead on climate change — because it is in their interest to do so,” he wrote in a Bloomberg op-ed. He noted that “the US’ success in fighting climate change has never been primarily dependent on Washington.”