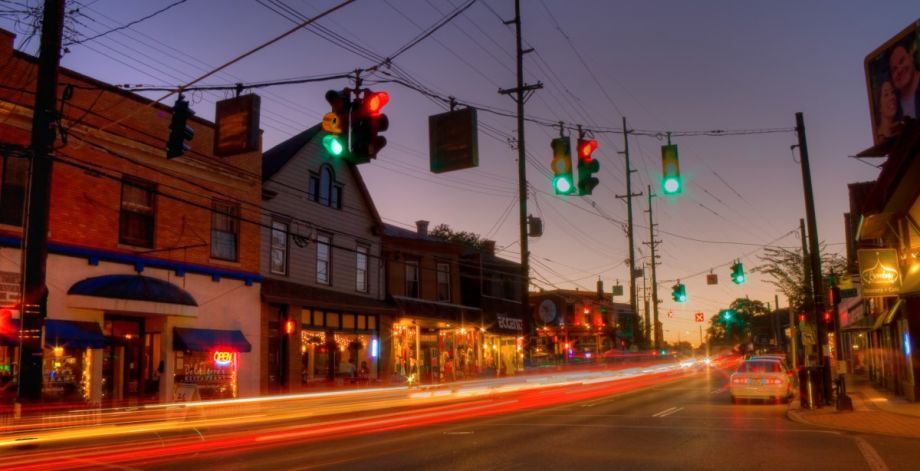 There is a tree controversy growing in Louisville, Kentucky. (Photo by Scott Smithson)

Louisville, Kentucky has a tree problem. They don’t have enough of them, and now efforts to plant more are being challenged.

In 2012, the city of Louisville formed a tree commission that was given the task of replenishing the city’s tree canopy, which had been sadly diminished by a slow natural process of attrition fueled by drought and disease.

The lack of trees is not just a cosmetic defect. According to a 2012 study conducted by Brian Stone of Georgia Tech, Louisville has the worst urban heat island problem in the country — meaning the temperature within the city is rising rapidly in relation to that of the surrounding countryside. When I interviewed him back in 2013, Stone said part of the reason for Louisville’s soaring heat was the lack of trees. “The tree canopy downtown is one of the sparsest of any I have seen in the country,” he said then, citing the lack of a tree ordinance as a contributing factor.

In an effort to bring more cool green relief to the city, Louisville has planted thousands of new trees. Not everyone, however, sees this as an unmitigated good. And now 17 of those hopeful saplings, planted by local officials, are in danger of being uprooted because the Kentucky Highway Department wants them gone.

The controversy was reported in the Louisville Courier-Journal, which quoted Matt Bullock, chief district engineer of the highway department, as saying that the trees pose a potential hazard to motorists. “I get the whole heat island and [concerns about] asphalt in the summer, but at the same time, we don’t want our roads covered,” Bullock said. “We are not anti-tree at the Transportation Cabinet. We are pro-safety.”

The issue, according to the highway department, is that trees could pose a hazard “to motorists who may drive off the road.” What he’s talking about is the concept of a “clear zone,” which is what highway engineers call the area adjacent to a roadway, in the Federal Highway Safety Administration’s words, “available for safe use by errant vehicles.”

The Louisville trees in question are replacements for trees that were cut down when a street that is also a state highway was widened. The street, as you can see in photos that accompany the Courier-Journal article, has an ample sidewalk and doesn’t look like a high-speed corridor. But state regulations nonetheless prohibit the trees because of clearance-zone rules for state roads, of which there are many within Louisville. Those rules don’t distinguish between rural and urban roads. And if the highway department continues to maintain its current position, many locations around the city could be ineligible for new trees.

Those in favor of the trees, including an arborist who volunteers with the tree commission, told the Courier-Journal that they should be considered like any other vital infrastructure, such as utility poles, because they provide an important service by cooling the air and absorbing pollutants. The trees’ advocates want to find a compromise, not just in this case but also going forward, that will better accommodate the need for more trees.

Charles Marohn, who worked for many years as a traffic engineer before starting the nonprofit organization Strong Towns, has argued eloquently many times about how street-widening projects and the rigid engineering codes that mandate clear zones often contribute to the creation of high-speed, sterile traffic corridors that erode a community’s sense of place and its economic viability.

Trees in non-highway settings, he has written, can help to naturally slow traffic to posted speeds in residential and commercial areas in a way that is impossible to achieve through posted limits and enforcement. “We not only don’t want a clear zone,” he writes. “We actually want street trees and other things that communicate to the driver that they are in a complex, urban environment.”

In Louisville, the struggle to maintain and enhance that complex environment — and to make it a greener, healthier place to live — is ongoing.