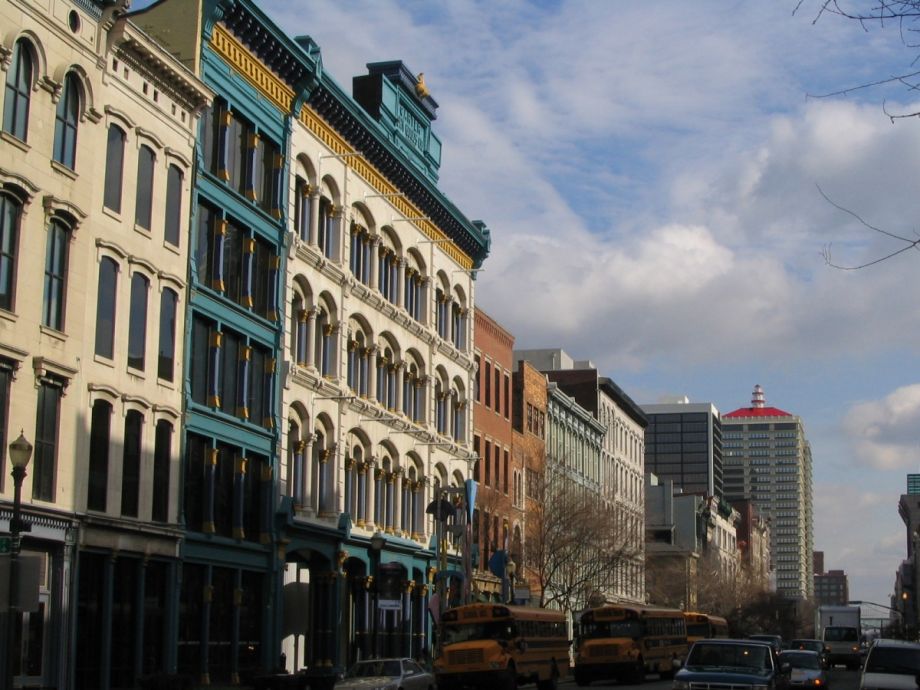 Louisville’s mayor is assembling a new historic preservation task force, reports WFPL, in a bid to avoid quarrels between developers and preservationists. The news comes following public outcry around the demolition of century-old buildings to make way for a $300 million Omni Hotel and Residences project. The development became a flash point for preservationists after Mayor Greg Fischer announced last spring that it wasn’t feasible to incorporate the historic facades and buildings as some had hoped. Instead several structures were razed; the old Water Company building was dismantled, with portions put into storage. Preservation advocates are still working to figure out where those pieces could someday be partially reconstituted.

The city’s new task force will focus on incorporating preservation and reuse into future projects. Fischer announced Monday that it will catalog Louisville’s stock of historic buildings and promote ways to meld old with new. As many as 21 city officials, developers, preservation professionals and citizens will be members. The task force will be distinct from Louisville’s existing historic landmarks and preservation districts commission, which is tasked with overseeing changes to designated historic structures or within recognized historic districts.

“With the creation of this task force, we as a city will now have a better, proactive way to catalog our historic resources and identify best practices for adaptive reuse,” Fischer said in a news release.

This is just one aspect of Louisville’s recent reexamination of historic preservation in the city. As Anna Clark reported for Next City last year, Fischer launched a new program in 2015 to invigorate public awareness of historic structures through plaques. The National Trust for Historic Preservation is also in the midst of a three-year study in the city of how rehabilitation connects to economic development, and the Preservation Green Lab program is working with city officials to make retrofitting historic buildings for modern uses easier.