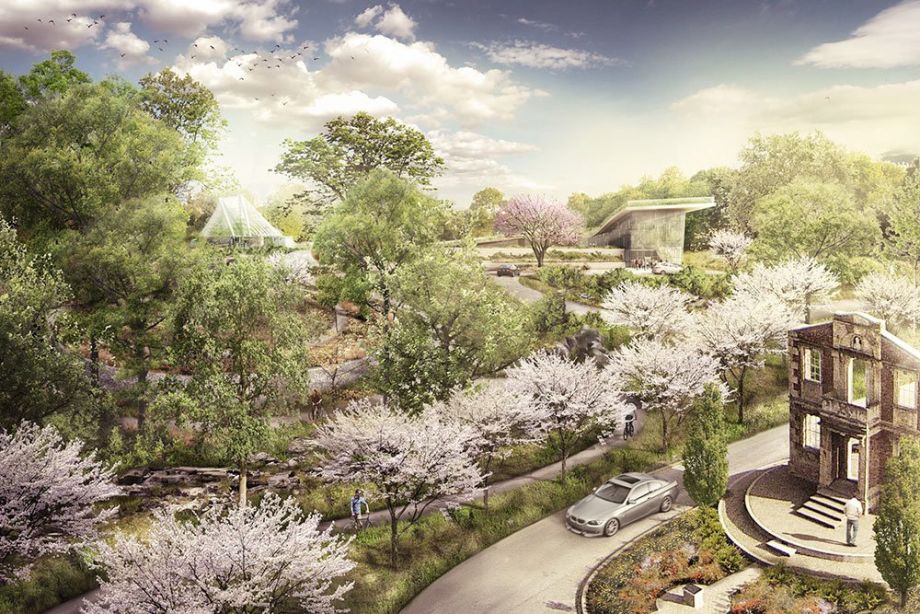 Once a neighborhood destroyed by flood. Then a trash dump. Soon to be (with any luck and a lot of fundraising) a botanical garden.

The City of Louisville has agreed to sell a 23-acre stretch of abandoned riverfront land to garden group Botanica for $1.

“By agreeing to sell us the property for $1, Metro Government is making a major leadership gift to the garden project,” Botanica wrote on its website. “This asset is a significant investment by Metro in the economic revitalization of the area. It gives us strong footing to launch our upcoming capital campaign, when we will raise the funds required for construction.”

As the Courier-Journal reports, that $1 price tag is far from the end of the story. It’s a low-cost purchase for an expensive project. “It will probably take at least two years to raise the estimated $10 million to $20 million needed to construct the first phase and two subsequent years to develop the first part of the project, Brian Voelker, president of Botanica, told the paper.

Though fundraising has begun, Voelker wouldn’t say how much the local garden group has raised so far in pursuit of what it’s calling Waterfront Botanical Gardens. The $1 deal dictates that they need to raise $2 million before they can purchase the site for that amount.

According to the Courier-Journal:

Botanica last fall unveiled the master plan for the site developed by the lead consultant, Perkins + Will of Chicago and Atlanta. Botanica paid it $260,000, with the money provided by numerous sources.

Voelker said the master plan has proposed “a very contemporary, sustainable project on the cutting edge” of major botanical exhibits.

The master plan includes an interactive children’s garden, a 3,000-square-foot visitor center and an overlook with views of Beargrass Creek. If all goes accordingly, Botanica hopes the site will be open to the public by 2019.