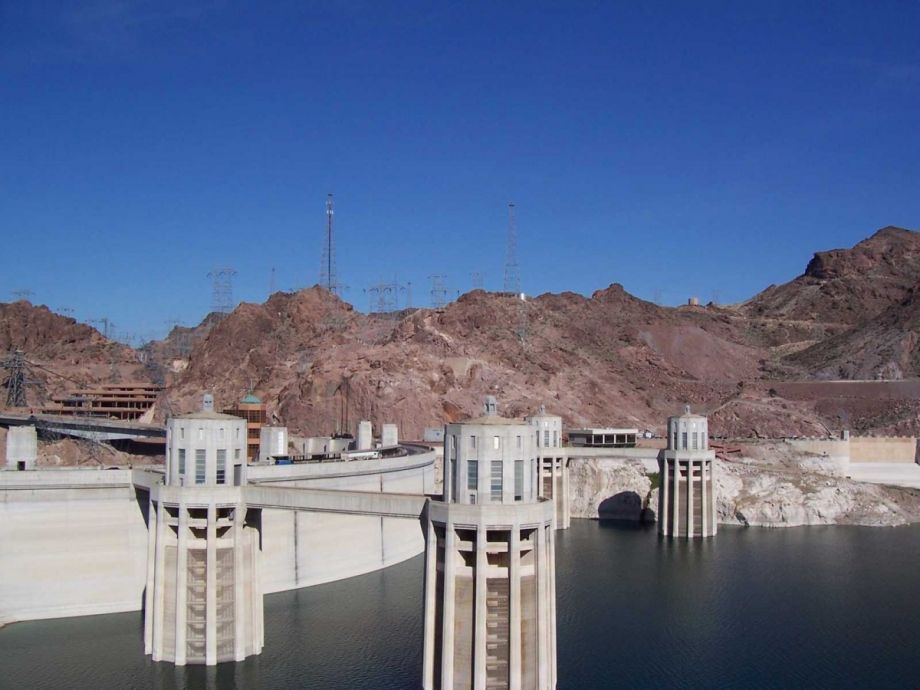 Clean energy storage is a billion-dollar problem — but Elon Musk aside, a number of technologists are eyeing existing infrastructure and wondering how it could, effectively, serve the function of a giant battery. Take the California utility proposal Next City reported on earlier this year. Because school buses operate on fixed schedules and sit idle during peak demand times, Pacific Gas and Electric Co. wants to study whether electric school buses can effectively store power from renewables, and then send that power back to the grid when necessary.

The Los Angeles Department of Water and Power has a much grander, Hoover Dam-sized version of that idea. In fact, it is the Hoover Dam.

The [LADWP] … wants to equip [the dam] with a $3 billion pipeline and a pump station powered by solar and wind energy. The pump station, downstream, would help regulate the water flow through the dam’s generators, sending water back to the top to help manage electricity at times of peak demand.

The net result would be a kind of energy storage — performing much the same function as the giant lithium-ion batteries being developed to absorb and release power.

The plan has enormous potential but is still in its early stages, according to Utility Dive.

“We are doing some initial assessments and engineering assessments,” Sam Mannan, a project manager at LADWP, recently told the news site.

Details including the location of the pumping station and the project’s potential impact on downstream communities still need to be worked out, Utility Dive reports. And any Southern California water issue is sure to meet with skepticism, if not outright resistance, from legislators in neighboring Nevada and Colorado, since all three rely on water from the Colorado River, as Next City has covered.

“Old wounds are still raw with some along the Colorado,” according to the Times. “A coal-fired power plant in Laughlin, [Nevada] that the Department of Water and Power and other utilities operated was shut down in 2006, costing 500 jobs and causing the local economies to buckle. And a decision long ago to allot Nevada a small fraction of the water that California and Arizona can draw remains a sore point.”

The project’s overall goal, however, would be to help California meet 50 percent of its electrical needs with renewables by 2030. Its target for completion is 2028.

“I think we have to look at this as a once-in-a-century moment,” Mayor Eric M. Garcetti of Los Angeles recently told the Times. “So far, it looks really possible. It looks sustainable, and it looks clean.”